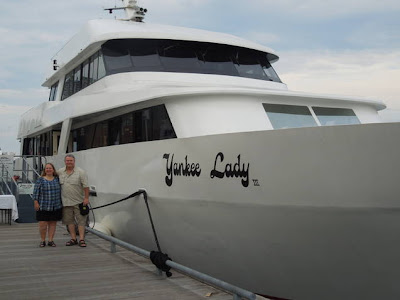 Tonight to celebrate Teena's upcoming 50th birthday and our 10th anniversary, Teena and I and a few friends did a 3 hour dinner cruise on Toronto Harbour.

A three hour cruise? Yes, as we pulled away from the dock on the Yankee Lady , the theme from Gilligan's Island came over the loudspeakers.

It was a great night for a cruise complete with a terrific sunset. The dinner was OK, not great. As you board, you are handed a coloured card and when supper is served, groups are called up by their colour. An efficient system but we were in one of the last groups and the boat had run out of pasta and butter.

I love cruising Toronto harbour at night. The city has such a great skyline.

My photography skills were not up to snuff this night. I learned what settings not to use during a sunset but still here are some pictures.

***
One of the coolest jobs in the city. Toronto Police Marine Unit! 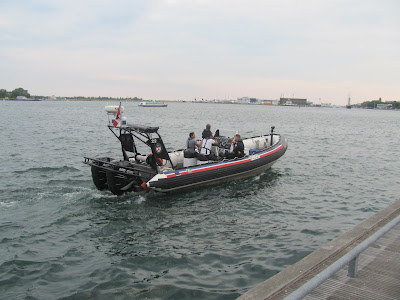 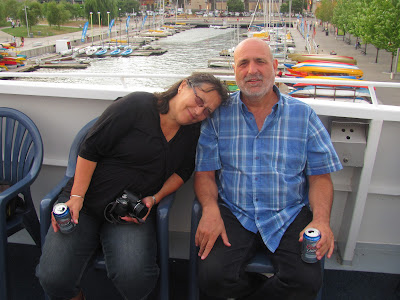 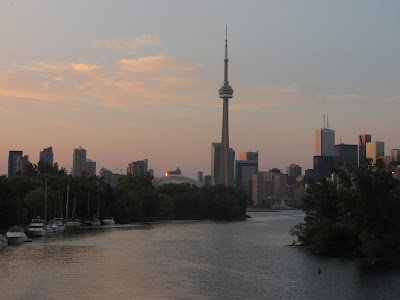 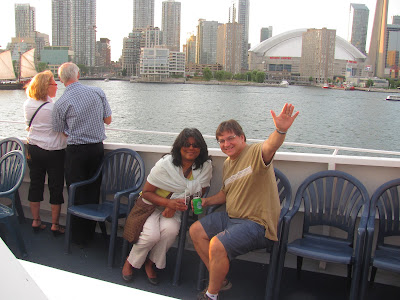 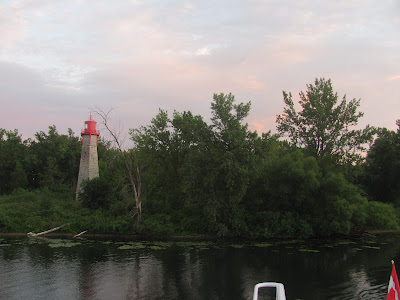 Jen, Darlene and me 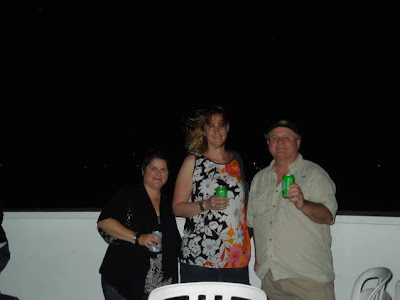 One of my favorite shots of the night 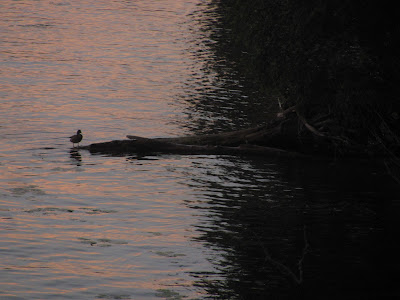 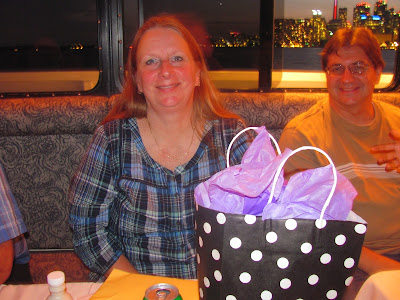 One freaky shot, and one decent one 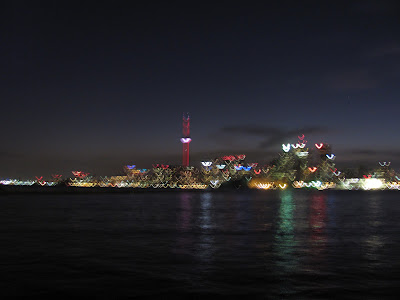 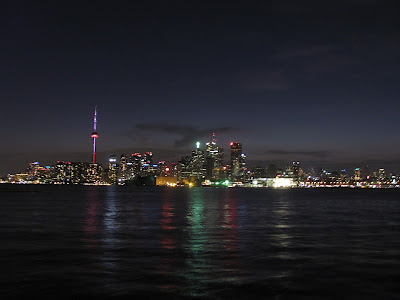 There was a bachelorette party aboard 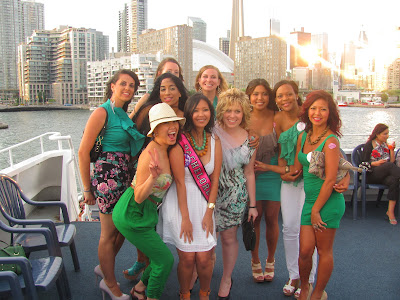 Here we all are at the end of a fun night 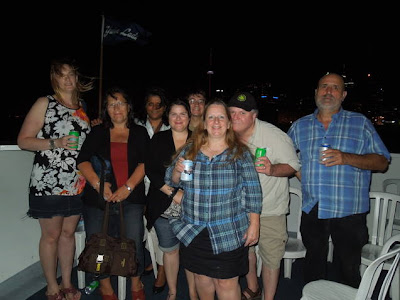