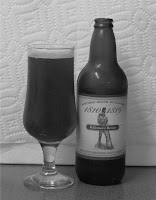 Beer has been brewed in Canada from about the first moment that explorers from Europe first set foot here. Captain James Cook brewed a spruce beer that helped keep his sailors scurvy-free and the armies who were stationed and went to war here marched with bellies full of beer.

Today I am pretty excited about the Beer of the Week. Black Creek Brewery, up at Jane and Steeles in the very northern part of Toronto, has come out with a new beer, Riflemans Ration to commemorate the 200th anniversary of the War of 1812. There are a few Ontario breweries that doing the same thing,  brewing beers using only local ingredients as they would have back in 1812, but Black Creek has a difference.

The brewery was set up in 2009 to brew beer using the tools and methods used back in the 1860s. Teena and I did a tour of it that same year and I featured their IPA as my Beer of the Week.  The brewery is 99% authentic, the only difference being that they use a gas fire and not wood for heat consistency, and they filter their beer through cheesecloth and not through straw. Don't need to picks chunks of straw out of this beer. 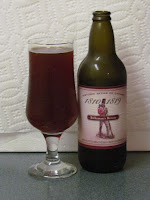 Soldiers from 1810 to 1819 were given an extra paycheck strictly for the purchase of beer. British commanders felt that not only would it keep the soldiers happy, but also helped to sustain the local economy by the sale of hops, grains and even the beer itself.

Until I saw this on the shelf of the LCBO, I thought I wouldn't get a chance to try this beer but there are thee sitting in my fridge. I am going to try a cold one first, and then one that I have left on the counter for the afternoon to warm up. I thought having one beer brewed using local ingredients and using the original brewery methods should be tasted the way those soldiers would have drank and tasted it back in the day, at room temperature.

Riflemans Ration is a brown ale, a popular English style ale of the period so it was no surprise when the beer poured a cloudy brown colour. Being filtered using cheesecloth is not as clean as modern cold filtering. There is little carbonation in this as again, there was no CO2 back then, so the beer is a little flat looking. It is full of aroma, though. I smell caramel and when Teena pointed out there were also coffee tones, I noticed them too. 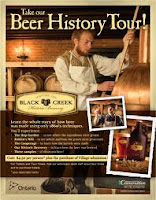 The beer is full of flavour, with a heavy mouth feel. It starts as a sweet malt forward beer but with a little hop bitterness is in the finish. Even though it has the regular 5% APV, it is not a sessionable ale due to its heaviness. It is a very good beer, though, and I am glad I bought three bottles instead of the usual two.

Next up, the bottle that has been sitting on my kitchen counter for the afternoon.

The room temperature beer has a little more action to it and pours with a brownish head that quickly goes away. Going in I thought the flavours would be more pronounced but instead I find it a smoother beer from beginning to end. Where the cold started sweet and ended a little bitter, the warmed version seems to keep the same flavour, a nice flavour all the way through.

I'm glad I bought three so I can finish with a cold Riflemans Ration. It is a very nice beer that I would have no trouble buying again.