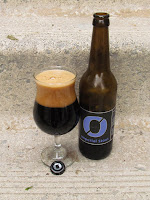 The craft beer revolution is growing throughout the world.

I have tasted craft beers from around Canada, the U.S., England, Wales, Bermuda and Italy. If further proof is required, this week's Beer of the Week comes from Nøgne ø in Norway (no, I did not go out and get a Norwegian keyboard ... it was definitely a copy and paste!). On their website, they proudly state "Nøgne ø ... the brewery from Norway that refuses to compromise, committed to taste, committed to craft beer."

Interesting too is that not only do they specialize in craft beers but are the only producer of sake in Europe.

The name Nøgne ø means "naked island", a poetic term used by Henrik Ibsen to describe any of the countless stark, barren outcroppings that are visible in the rough sea off Norway's southern coast." use italics

The brewery was started in 2002 in by two Norwegian home brewers just outside of Grimstad, Norway. The first few years were difficult for the company with owners selling out and new ones buying in. After three years, that all settled down and now there are six owners of the brewery. Since its first years when it produced just 300 hl of beer per year, they grew to production of over 3500 hl in 2010. 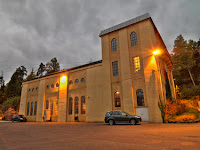 Their growth is quite interesting. Before opening, only big brewery lagers were sold in Norway. It was Nøgne ø that gave Norway its first taste of IPAs, Porters, Pale Ales etc. Not only were they introducing new tastes to the market but with all advertising for alcohol products being illegal, it made it hard to get the word out.

Today they make more than 20 different styles of beer.

Today I will be trying their Nøgne ø Porter. Glad I found it when I did as the LCBO has now discontinued this product.

Time to give it a pour!

It pours a deep black colour, with a seemingly thick consistency with a thick brown head. The head takes a long time to dissipate leaving behind brown lacings along the inside of the glass. Coffee dominates the aroma, along with just a hint of chocolate.

My first sensation when I take a sip is that of bitter dark chocolate. The beer is very smooth and creamy in its mouthfeel. There is no alcohol burn which I had expected with this beer coming at 9% APV. The chocolate taste tales off in the bitter finish but I notice between sips that that taste of bitter chocolate returns.

This is a very nice stout. One to sip slowly, for sure. I would love to try some of their other beers, especially their IPA and Captains Double IPA. Hopefully the LCBO brings some of them in.

Labels: Beer of the week, Norway