Beer of the Week - Ochakovo Lager 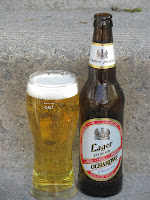 In 1978, two years before they were to host the summer Olympics, the Russian Federation realized they needed a beverage for the spectators so they created Ochakovo, a company which was to specialize in making soft drinks and brewing beer. That company today is going strong and shipping their beer around the world.

Their biggest seller and export is Ochakovo Lager. It is interesting to note that when exporting they use glass bottles but when selling their beer inside Russia they use plastic bottles instead.

I do not claim to know anything about the Russian beer industry but it seems they have run into the same issue of international beer conglomerates buying up their beer companies. Why do I say this? An article from Manufacturing Journal claims "Ochakovo remains the only thoroughly Russian company among its competitors in brewery industry – the last that has so far resisted being taken over by foreign or domestic giants"

According to the Oxford Companion to Beer, Russia is a "late-comer as a beer nation". In 2010, though, it ranked as the 4th largest beer market after China, the United States and Brazil. Mind you, this is the total beer market and not beer per capita. 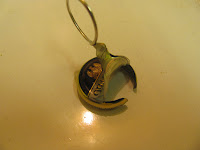 So how far does my research take me? Well, Google took me to a very interesting website called "Hot Russian Brides Blog" that surprising had, what I found to be, an accurate article on Ochakovo brewery. The article shows a tour from the brewery. There are also links to Russian women looking to marry and leave Russia.

See, I will go anywhere for my research!

The bottle has a unique tear off tab. It works well and did a great job keeping the beer sealed.

It pours a golden colour with a white head. There were no lacings left on the glass as the head dissipated and as I sipped. The beer is aromatic and I could sense that this was perhaps dry hopped as the floral hop aroma came through.

The beer starts full of flavour with some bitterness but that all disappears quickly in the finish. There is really no finish to this beer. True to the lager profile but I don't like how the taste just quits.

All in all not a bad lager, but not a great one.