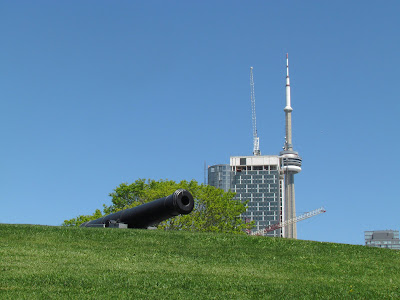 Today Teena and I went for another Jane's Walk, Fort York and 200 Years of Development led by René Malagón, who for the most of the last 20 years he has worked as a Museum Programme Officer at Historic Fort York and other city run museums. I found him very informed of Fort York's history and the Battle of York.

There was over 25 of us on this walk.

Rene stressed Fort York's importance to the defense of York which was the capital of Upper Canada at that time. After the War of 1812, it seemed that instead of the fort defending York (now Toronto), it had to defend itself from the City of Toronto.

Plans were to run the Gardner Expressway through the Fort and relocate it to the water with the argument that it would be historically more relevant as the fort originally was on the waters edge. Landfill over the years has moved the shoreline about a kilometer south. Rene was incredulous to this argument. I am too. It is more historic to leave the fort in its original location. Defenders of the fort won and the Expressway was moved instead.

Early in the 1900s with the creation of the Canadian National Exhibition and its early success, the city wanted to run a streetcar line right down the middle of the fort. Thankfully saner heads defended the fort against this and prevailed.

Rene showed us pictures of a meat plant right on the grounds beside a blockhouse! Apparently during the first world war it made Spam.

Rene knew his stuff and there wasn't a question he could not answer. I learned much from him today. 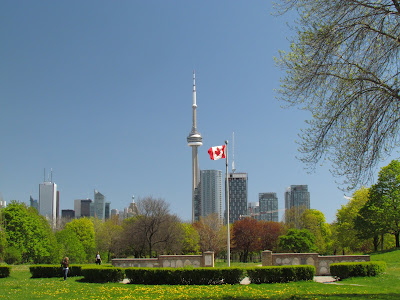 Rene explaining the history of the fort. 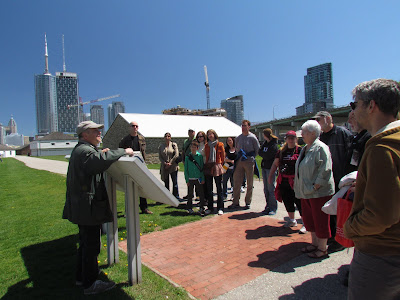 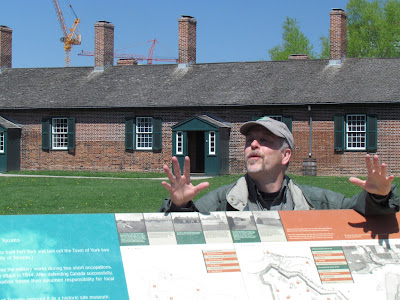 Rene took us outside the walls to show the steepness of the fort's defensive wall, where the shoreline used to be and the development of the area south of the fort. 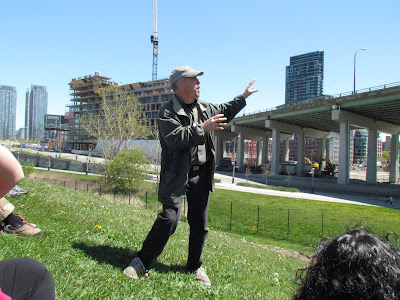 The fort's magazine rebuilt in 1815 after the British blew the original during the Battle of York. 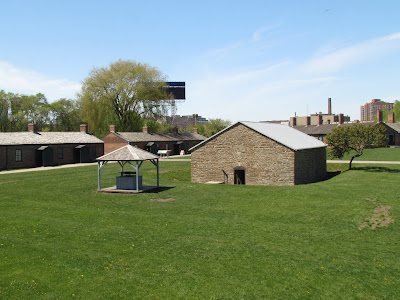 Some shots of the fort showing the development happening beyond its walls. 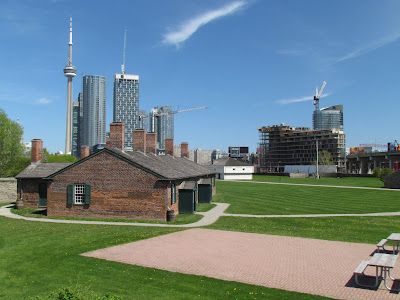 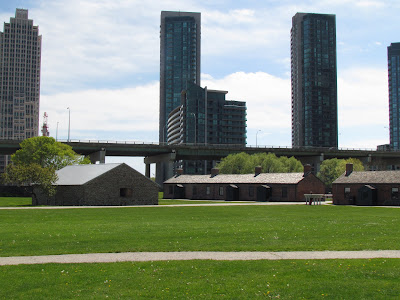 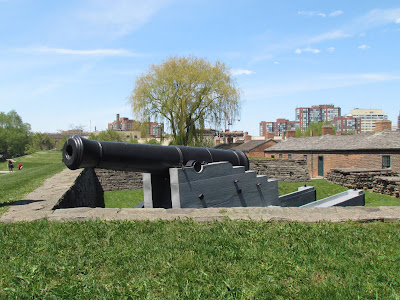 After the walk was over, Rene invited anyone who was interested to come and see some maps and pictures he had set out. I think everyone went. It was very interesting. 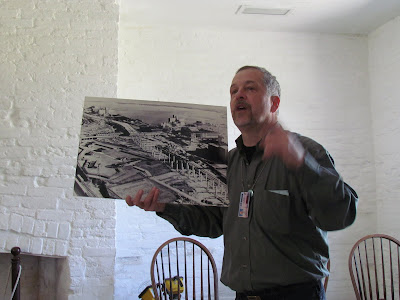 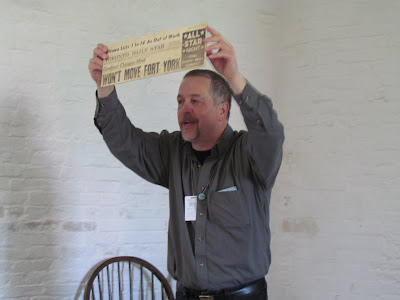 Another interesting and informative afternoon.
Posted by Swordsman at 15:22