Heartbreak at the Jays Home Opener 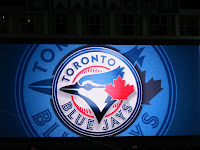 Teena and I enjoy going to ballgames, especially the home opener. I started keeping track of the games I attend and looking back over the past 5 years, Teena and I have seen four wins against one 11th inning loss. Great record for the home opener! We hoped to improve on that tonight.

The game was well-pitched on both sides, that is until the ninth. The Jays scored 2 runs in the bottom of the third and Henderson Alverez pitched 6 great innings only making 1 mistake, a home run pitch to Dustin Pedroia in the 6th.

Going into the ninth, the Jays still clung to a one run lead and their new stopper, Sergio Santos, came to the mound and total disaster ensued. He gave up a lead off double to Pedroia, then came 2 walks, two wild pitches and when the dust settled the Red Sox had put 3 runs on the board.

Boos rained down on Santos when he was pulled. He has made 2 appearances and has blown 2 saves. Not good. Not good at all.

Hopefully the Jays can recover and take the next 2 games against the Sox. I do believe they have a strong team.

There were some great plays and although the game started late and went a little long, it was an enjoyable night ... except for that one bad inning. I'm looking forward to seeing more Jays games this summer. 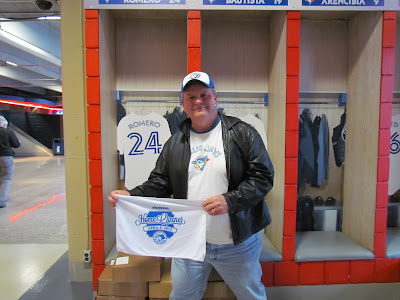 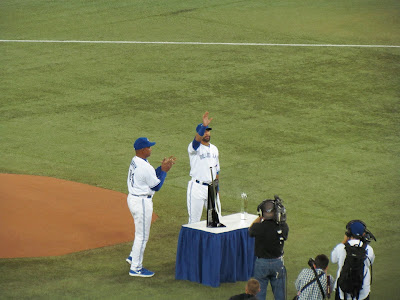 An officer from the Canadian Armed forces sang the national anthems. We heard him sing them before at a Toronto Rock game. Terrific Voice. While he sang, the crowd held up special placards to create both nations' flags. 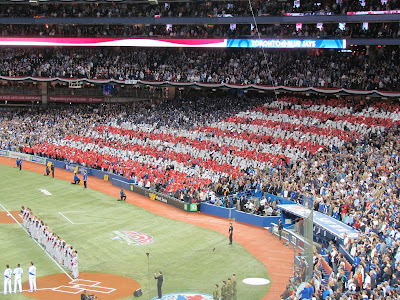 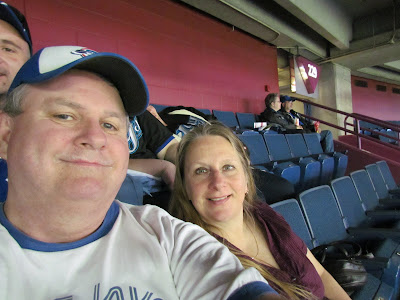 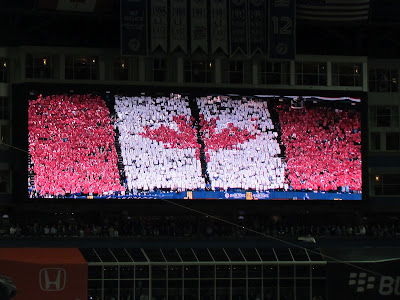 Colby Rasmus beats the tag at the plate scoring the Jays first run. 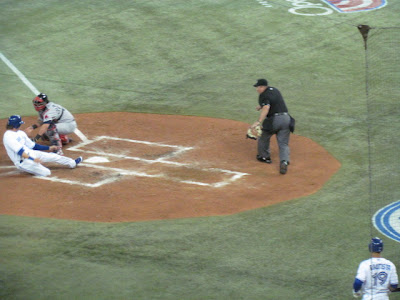 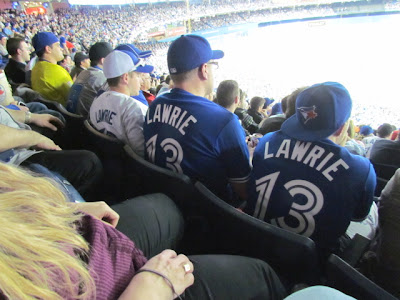 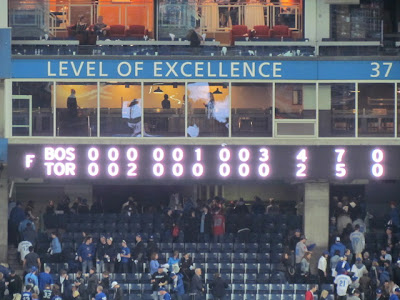