Toronto Rock in the Battle for First 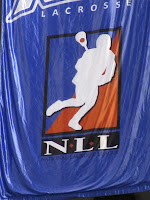 Tonight, for the third weekend in a row, I was at a Toronto Rock game.

The first week I was went with people from work and last week and tonight was cheering on the Rock with Teena. I'm glad that Teena enjoys lacrosse. It's a great game and a fun night out.

Tonight was a battle for 1rst place in the Eastern Division with the Philadelphia Wings, who they are tied with.

Before the game, we had dinner at The Pub in the Strathcona Hotel. Since it was a Friday night, the place was jammed but still we had good service. The place reminds me of a small town bar or legion. We have been many times before and will be back again. Teena's review is here.

Before the game, there was a ceremony honouring our Canadian Armed Forces. The soldier who sang the national anthems had an amazing voice and received a huge ovation after each anthem. There were a few times the crowd was asked to cheer the troops and it was great that with three minutes to go in the game, the crowd rose for a very long standing ovation for them. They've earned it! 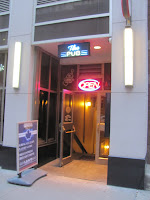 The Rock got off to a quick start scoring the first goal. It was a very hard fought first half. Wearing my new Colin Doyle Toronto Rock shirt, I was excited to see him score to tie the game 5-5 right at the end of the first half.

The second half didn't go well for the Rock as Philadelphia took a two goal lead. After that, it was much like last week. Toronto would work hard, pressing the attack, putting on all kinds of pressure before finally scoring, only to have the Wings come back and score just seconds later.

Down 11-10 with a minute to go, the Rock pulled their goalie, a move I don't approve of in lacrosse. Teams have such great ball control that rarely is the ball stolen during an attack. The extra player does not seem to add much to the attack and leaves their own net undefended. I was proven right when Philadelphia scored on the empty net with 27 seconds left.

Losing 12-10 to the Wings not only drops the Rock to second place but should the two teams be tied at the end of the year, Philadelphia would move ahead in the standings due to the tie breaker as they have beaten the Rock in both games they have played.

Next Friday night the Rock take on the Buffalo Bandits and unfortunately we have to miss it. Lacrosse is such an exciting game to watch and a fun night out so tonight definitely will not be our last game of the year.

***
Opening ceremonies honouring our Armed Forces. The soldier who sang the national anthems had a tremendous voice! 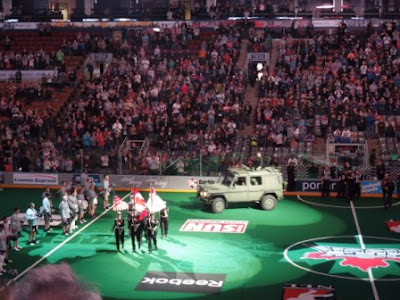 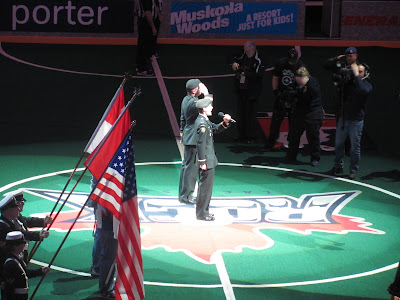 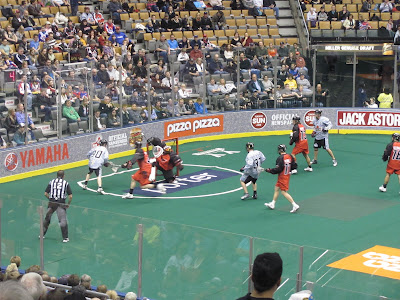 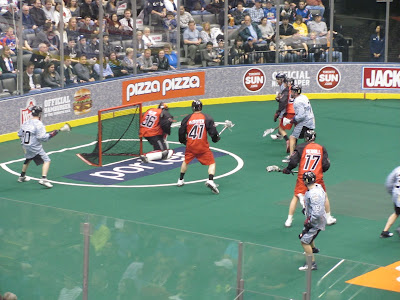 Toronto Rock get a break when the Wings hit the post. 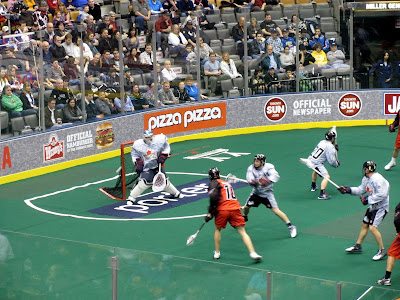 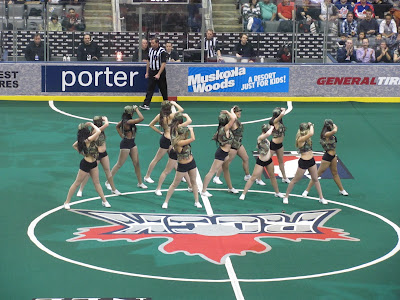 I usually don't like proposals at sports events but in this case enjoyed this one as a soldier proposes to his girlfriend. Obviously she said yes! 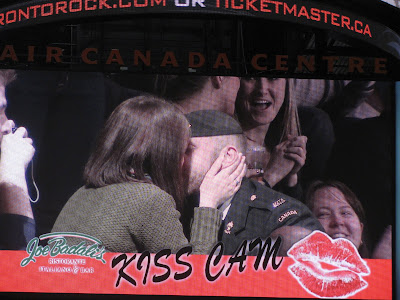 Guess who my favorite player is? Here he is scoring to tie the game at the end of the first half. He scored another in the second. 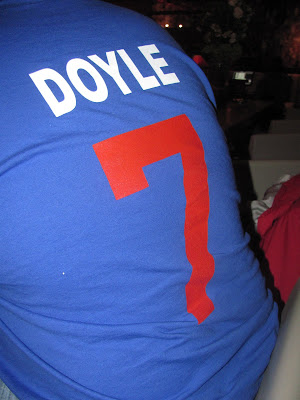 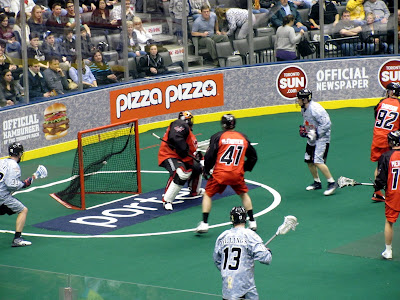