Raptors vs Lakers at the ACC 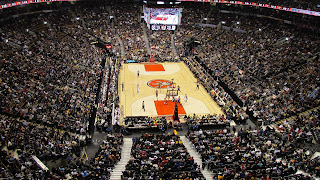 Today Teena and I went to the ACC (Air Canada Centre) to see the Toronto Raptors take on the Los Angeles Lakers. She managed to get seats in her company's box.

At first it looked as if the Raptors were going to get slaughtered as the Lakers built up a 15 point lead by the end of the first quarter. Then the Raptors fought their way back, finally taking a 4 point lead with just a over a minute to get.

It was a thrilling and controversial finish with the Raptors losing 94-92. The controversy was with 8 seconds left.The Raptors were called with taking more than 5 seconds to get the ball into play. The player and the coach had both called time out but the referee didn't give it to them and awarded the ball to the Lakers who went down court and scored.

Teena's view of the game is here.

I had my good camera with me. Here are some shots of the game.
***
The Raptor mascot signed autographs before the game 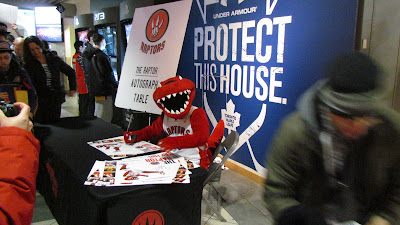 The Raptor cheerleaders performed before the game and during breaks. 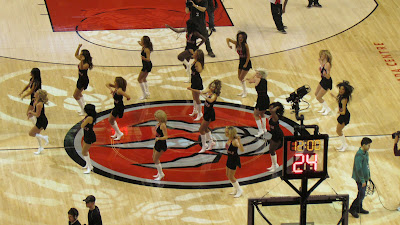 Kobe Bryant works the ball. He started slow but put up 27 points by the end of the game. 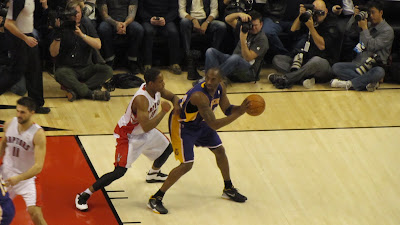 Jose Calderon scored 30 points on the day. Here he hits a shot...all net! 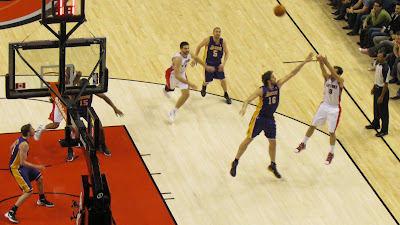 The worst job at a basketball game? Look at the guy sitting and guarding the net with his back to the game as Calderon stuffs a shot. This guy never saw a second of the game! 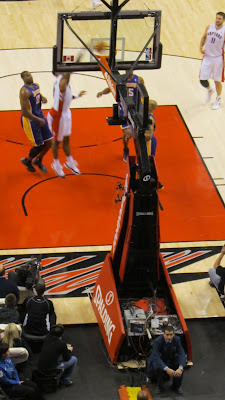 Action around the net 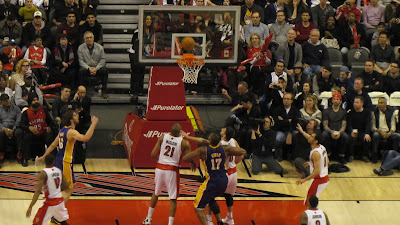 Teena and I after the game 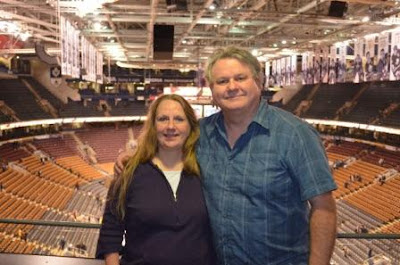