A Short Visit to Hamilton Bermuda 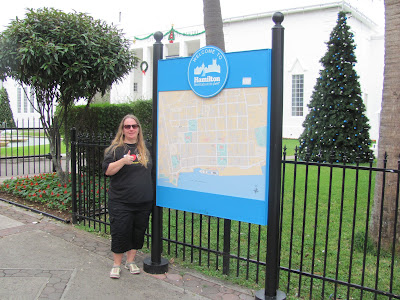 Today Teena and I set out to see Hamilton, which is the capital of Bermuda. Hamilton was incorporated in 1790 and the Colony's capital relocated to Hamilton from St. George's in 1815. It is well-protected from attack, a concern in those days, as it lies in the middle of the island, inland and at the end of the very long Great Sound.

It was a bank holiday and when we arrived found much of it closed up. There was a noon ferry over to the Dockyards and we decided to take it instead of hanging around.

Hamilton is a pretty city overlooking Hamilton Harbour. I managed to get a few pictures in the hour we were there. 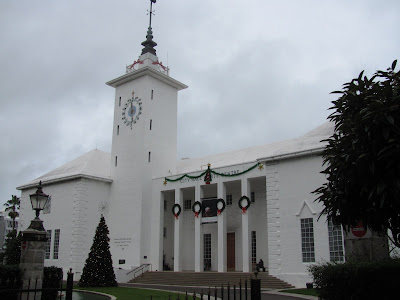 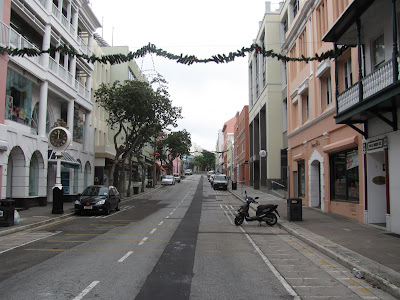 Bermuda currently allows just one franchise in the country and only one outlet. It is in Hamilton and from what we hear, very busy during the work week. 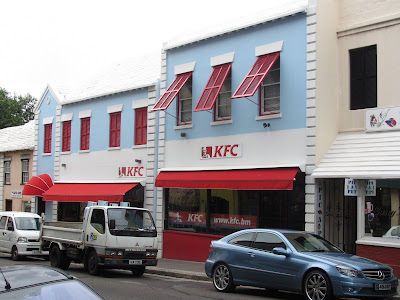 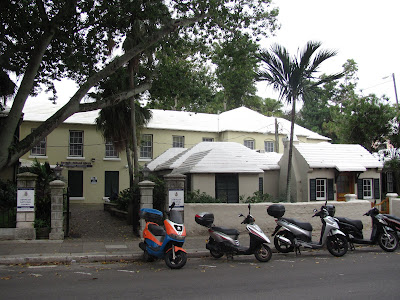 Gosling Brothers has been operating out of the same store for 127 years. In 1863, they first produced their own rum, which they sold by the barrel. After World War 1, they began to sell it by the bottle, which they sealed with a black wax seal. That's how their main brand of rum came to be named Black Seal. It's an nice tasting rum that Teena and I became quite familiar with. 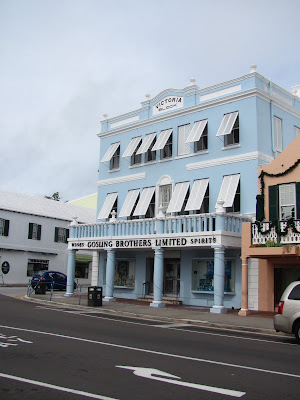 Hamilton from the water. 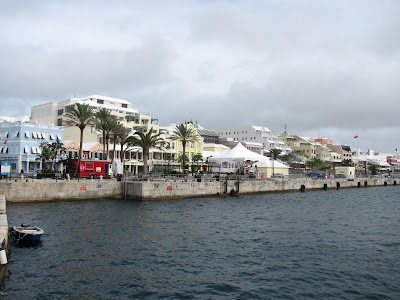 Teena on the ferry to the Dockyards with Hamilton in the background. 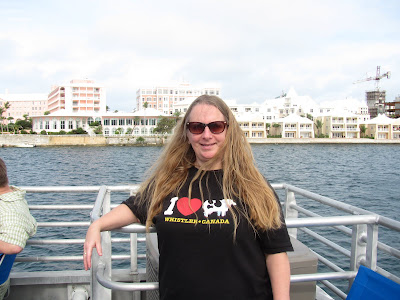