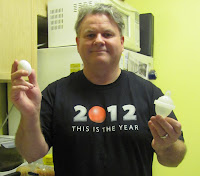 There are a lot of schlocky items that are pitched on TV commercials.

Teena and I always laugh at how they first show the hopeless "before" people trying to do something and failing miserably, people who, if they did exist, would not even be able to tie their own shoe laces, and the wonderful product that will make their lives, easy and of course......wonderful!

"Eggies", though, we found intriguing. Of course, the ad shows the "hopeless" before-person trying to take the shell of an egg and totally botching the job, then the happy family, making and eating wonderful eggs, plus how easy it now is to make dozens of deviled eggs.

Teena came home from Christmas shopping at the mall and, low and behold, she had gone to the Showcase store and bought us Eggies!

This morning was the great Eggies trial. Knowing this would happen, Teena bought extra eggs when she was grocery shopping. Good thing too as there were some failures.

They really are quite simple. They have a bottom, top, screw lid and a sealing ring. You crack the egg into the Eggie, seal it up, plop it in warm water, bring it to a boil, set the timer for the type of egg you would like, reduce the water to a medium boil, and happily wait. Once done, unscrew the seal, squeeze the cooked egg on the plate, eat and enjoy! 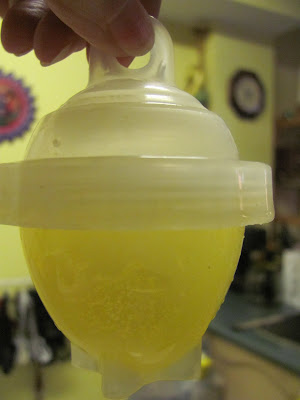 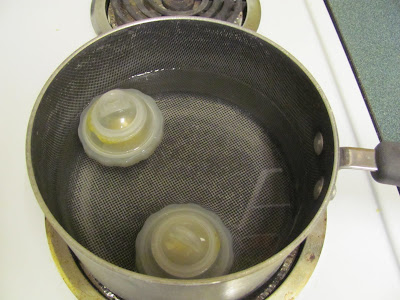 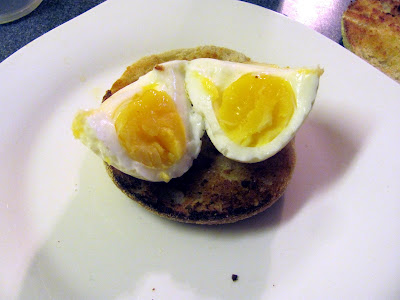 The commercial said you can even make an omelette in an Eggie so I had to give this a try. After all, children in the commercial were making wonderful little omelettes. This should be as easy and fun, as they say.

They said just mix the ingredients in the Eggie, cook and enjoy. I cracked the egg, added some onion, salt, pepper, and Smoked Paprika (the ingredients for my Sunrise Scrambled Eggs), sealed the lid, shook and cooked.

Only the Eggie came apart and I was left with a cooked egg mess in the pot. One complaint I have is the seal does not always seal right and it is easy to cross thread. That must have been the problem.

My second attempt, I repeated what I did before but ensured the top and ring were sealed properly. It started well but when it came to boil, once again disaster struck.

I figured that maybe I should not shake the egg in the Eggie. Instead I mixed everything in a measuring cup and then poured it into the Eggie. What I discovered was the onion added to the volume (duh!) and I had some egg left when I filled it to the proper line. This likely was the problem, plus shaking the egg in the Eggie, and not venting. 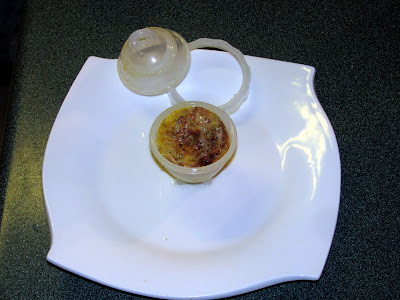 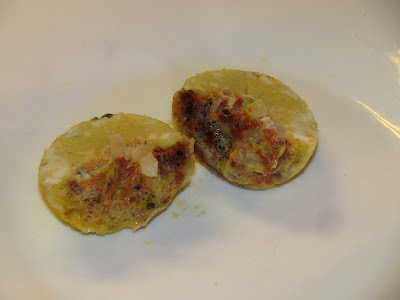 It came out quite well. My complaint would be that on the commercial and in the instructions they say to add your spices in the Eggie. This does not work because as the egg cooks most of the spice floats up to the top of the egg, so when you eat it, you get a huge concentrated blast of spice.

Eggies are easy to use without making much of a mess, although looking at the kitchen once I was done you would say I was lying about the mess part. In the future, there will not be much of a mess.

Future Eggie goals? Make a proper soft boiled egg and, hey, what about those easy to make deviled eggs? I have to do those.

It was quite exciting to watch!

Ha! My wife and I have coined the term "infomercial hands" to describe the clumsy, frustrated hands.