Attempting to Capture a Frosty Morning 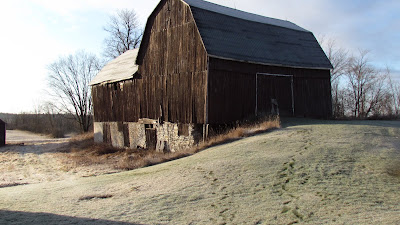 It was frosty when Teena and I woke up this morning at my folks' north of Belleville. We went for a walk. Teena had her camera too. Her shots of our walk are here.

My original intention was to play with the "poster" setting on my new Canon PowerShot SX30. It was bright morning and the frost was heavy everywhere. My new challenge then became to capture this and the way it glistened in a picture. I used "landscape" for many of them and some I used the "snow" setting. I wished I had taken notes as to what was what.

Here are the best of my efforts.
***
The sun is to the right of the picture here. 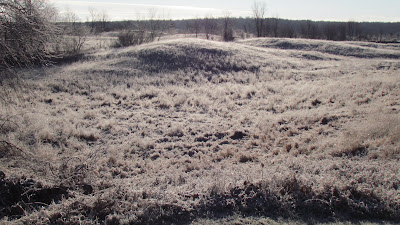 This once was a working outhouse back in the time before there was plumbing in the original farmhouse. The sun was to the right of the picture. 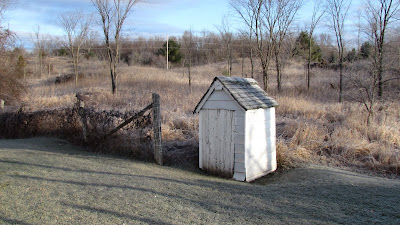 This is shot in the direction of the sun attempting to capture the glistening. I lowered the angle so the sun was above the shot. 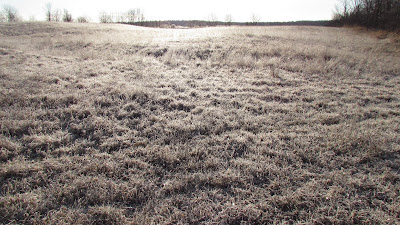 I originally came out to take shots in "Poster" mode. Here is the only one I took. The brighter colours really stand out. 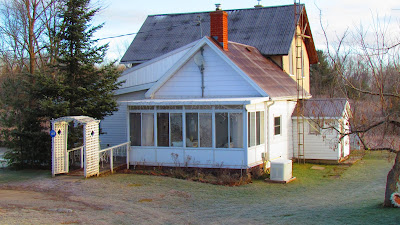 My parents' dog, Pepper, was out with us. I used him as contrast. Again the sun is directly above him. 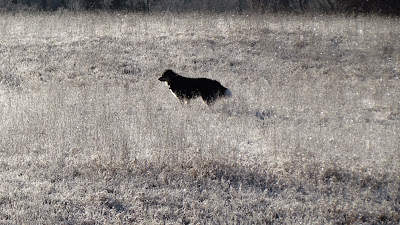 Frozen apples with a frost field behind or Gord trying to get artsy. 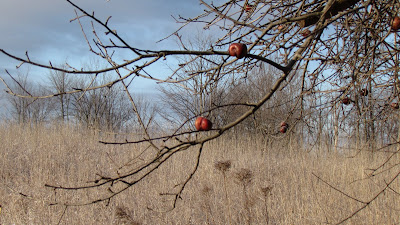 The sun is to the top left hand corner of this shot. I was trying to capture the old wood shed, the frost and, even though the farmhouse is behind us, the isolation. 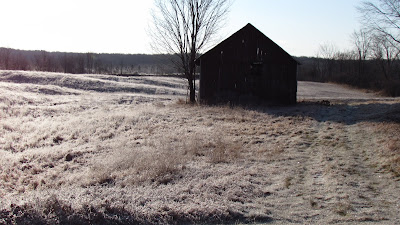 Finally, the same shed but with the sun to my back. This was one of my last pictures and now I realize how important it is to have the sun at your back to capture a picture such as this. 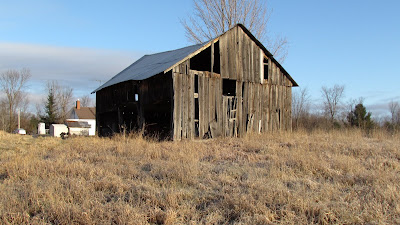