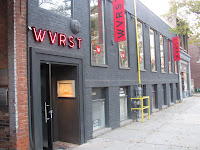 Back in May, I made my first visit to Wvrst and was quite impressed. They had a great beer selection and the food looked good.

I have stopped in a couple of times since for a beer and once with a friend for a bite to eat. Each time I have been there I have enjoyed it.

This evening was the first time I dropped in with Teena. We arrived just after 5:00 and found that with each round of beer, we received a ticket for a raffle at for a pair of Toronto Maple Leaf tickets. They do this before every Leaf game. We didn't win but were close. Damn!

Wvrst is a sausage and beer hall and the first time I ate there I had their bratwurst which was really good. Tonight I had the Duck with Maple and Foie Gras. Teena had the Kranjska which is Pork and Garlic. Mine was OK, a little small and a little mushy. I guess the foie gra 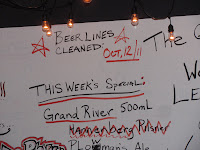 s gives it the mushy texture. I had thought of the wild boar but went in with my mind set of the duck.

I had a taste of Teena's Kranjska and really liked it. Next time I think I'll stay with the traditional sausages rather than the game. The game sausage is $3 more expensive and smaller. For $6, you get a good size and tasty traditional sausage.

One thing I saw that I have never seen at any other bar is that they post the date when they have last cleaned the draught lines.

I like the atmosphere of Wvrst. When the place is full, it is quite noisy and the noise is all people talking. The staff are friendly, the food is good and they have an excellent selection of beer.

I'll be back again.


Supper! In front is Teena's Kranjska. I had sauteed sweet onions on my duck sausage. 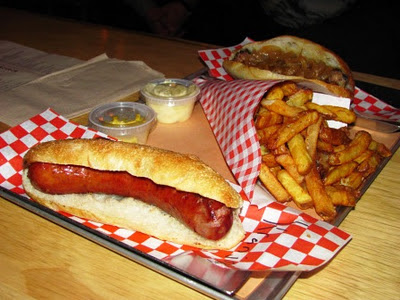 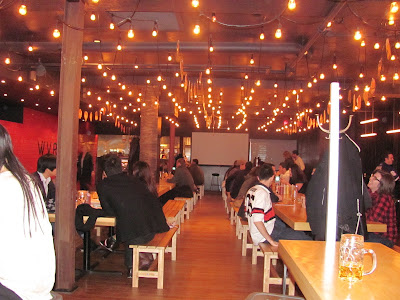 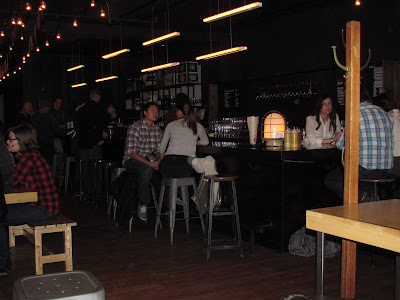 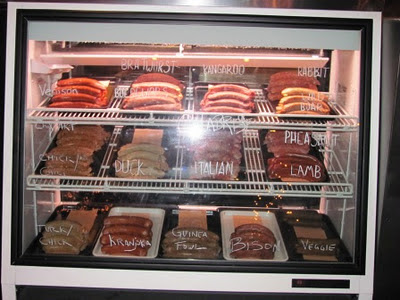