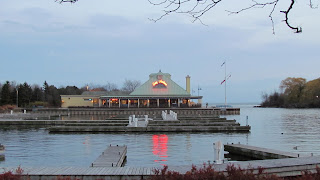 After spending the afternoon exploring the parks of Port Credit, we were hungry and thirsty.

The first place we tried to hit was the Old Stable Pub. It looked like a great spot but it was just before 5:00 and the place was closed. The sign on the door said it opened at 4:00 but nothing was stirring inside so we moved on. I hope we were just too early as it is a place I would like to try next time we're in Port Credit.

Instead we started at Snug Habour Seafood Bar and Grill. Sitting on the harbour, the restaurant has great views and a fancy seafood menu. We really were in a mood for pub grub, though, but had to kill the hunger. Teena had a Keith's and garlic bread with cheese, while I had a Old Credit Pilsner which was pretty good, and the clam chowder which I quite enjoyed.

It's a nice place but had a very old clientele. It was time to move on. 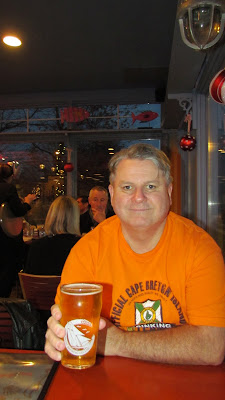 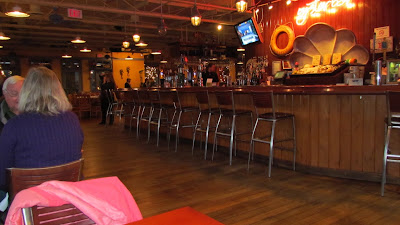 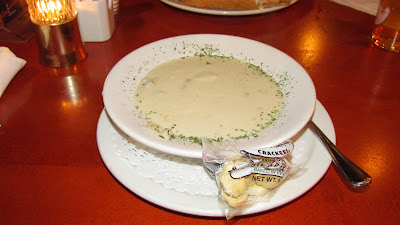 Our next stop was a very busy place, The Pump House Grille Co. I loved the circular bar in the middle of the pub area. There is a restaurant in another separate room. It was surprising the number of families that were sitting at the bar or at tables in the pub area but then the place was always full with people coming and going for the full time we were there. There were also many TVs in the place.

It also had one of the nicest, clean bathroom of any restaurant that I have been in!

We had fun watching a lumberjack competition on the TV above the bar where we sat. It's a place I would go to again. I liked the vibe there. We just had a couple of drinks and left. 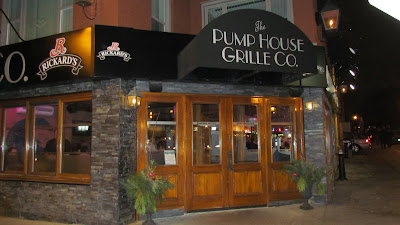 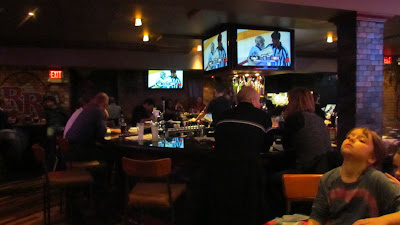 Across the road was The Harp Pub. Our friend, Yvette, says you can't go to Port Credit without having a Harp at the Harp. So in we went.

There was a good vibe to this place too. A band was setting up in the back area but we would be long gone before they took the stage. We were looked after well by our server, which was good as the previous snacks had worn off. We both had wings. Teena had hot wings which she really liked. I had a dry Cajun rub, which I asked to be sprinkled on lightly as most places go too heavy. Tonight not enough was put on, which really is my fault as that is what I ordered. They were good sized wings and came with lots of carrots and celery on the side.

I would go back again! 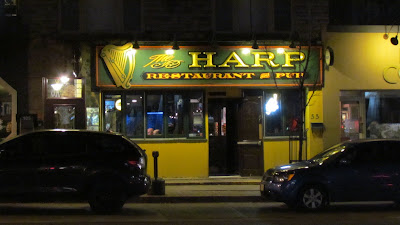 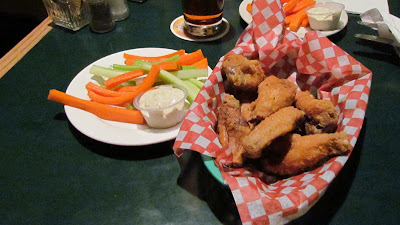 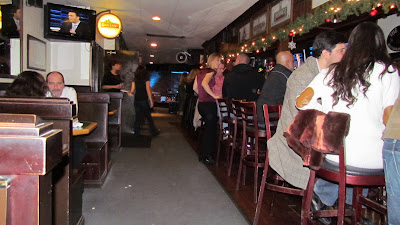 We tried to get into Roc'n Docs but they wanted a cover. They had a cover band there which was starting at 10:30. It was 9:45. We told them we just wanted a drink and would be gone before the band came on as we had to catch the GoTrain. "I just work here and follow orders," we were told, so moved on.

Ten Restaurant & Wine Bar wanted a $5 cover as they had a DJ. Again we said we just wanted one drink and would go and again were told no. Most times in Toronto, they let us in.

We finished the night at The Brogue, an Irish style pub which I've been to a few times. It's a good place to finish as it is just a 5 minute walk from the Go Station and we wanted to catch the 10:43 train. It was busy, with a good vibe and friendly bartender. It was a fun place to finish. 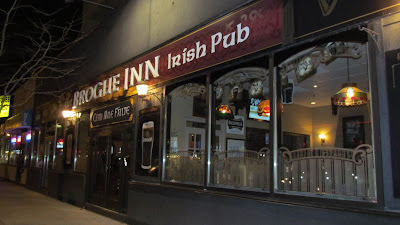 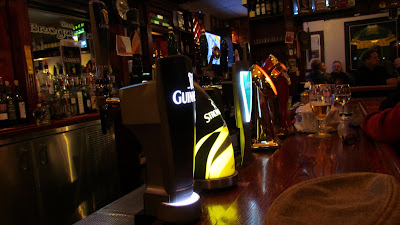 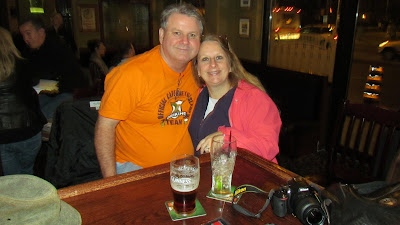 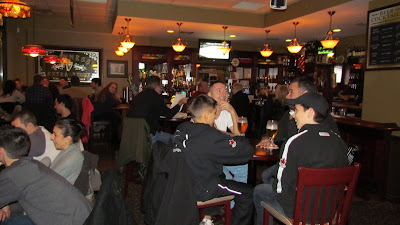 It was a great afternoon and night. It would be nice to do this again in the summer when it is warmer and everything is greener. It's on our "to do" list for next year.
Posted by Swordsman at 22:45