Beer of the Week- Church-Key "The Grains of Wrath" 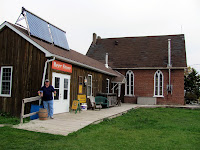 Teena and I were down in Eldorado to see my folks and on the way home today and dropped in to Church-Key Brewer just outside of Campbellford to pick up some beer and hopefully have a tour.

I have written about them before and Church-Key is now a regular stop every time we are down that way. I love their West Coast Pale Ale and cannot get it at the LCBO. Plus today we had some extra time to stop to do a tour.

Tour and tasting $5. Sounds good to me.

As it turns out, they were between brews and not much was going on but we were told 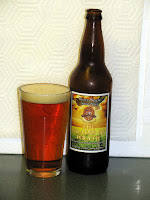 we could just wander and have a look around.

The brewery is set up inside the walls of an 1878 Methodist Church. What I loved was the beer bottle collection they had which really spans the years. In some spots the collection is 2 stories tall. There are rows and rows of shelves everywhere. Teena and I both found some old favorites.

It was lots of fun!

I came home with some West Coast Pale Ale as usual and 2 dinner bottles of a one-off brew, a double IPA they call "The Grains of Wrath"

And how is the Grains of Wrath? 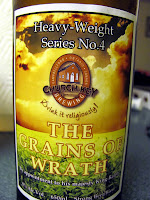 in colour with a white head. It was very clear, a lot more clearer than I had expected. In fact, I could see through it. The aroma I found to be very light, which could be due to allergies but I could sense the hops that were in it. There were lots of lacings left when I sipped.

Then I took a sip. Whoooooa! Very hoppy! Very very hoppy. From start to finish, there were definitely hops in this.

The next sip I did notice the malt flavours coming in to create a nice balance. I guess the light colour, clearness and little aroma had me expecting much less on my first sip which overpowered me. After the first sip, though, I found this a very enjoyable beer.

It weighs in a 8% APV so you could not have too many in an evening. Each bottle is 650 ml so one bottle is likely enough. If I have a complaint it is that the 650 ml dinner size bottles are expensive as each costs $10.25.

This is an excellent beer, though. Church-Key is always on my list of places to stop into when I am down visiting my folks.

Here are some shots from inside the brewery. 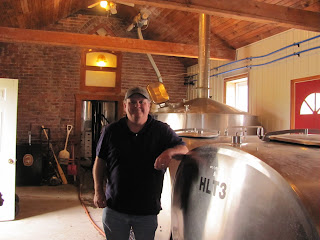 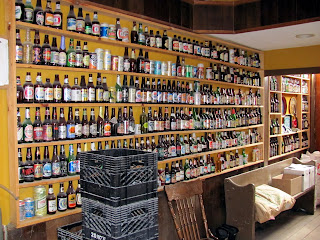 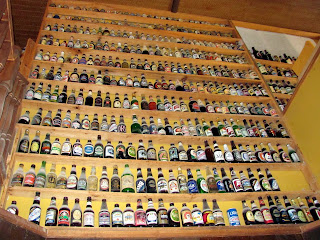 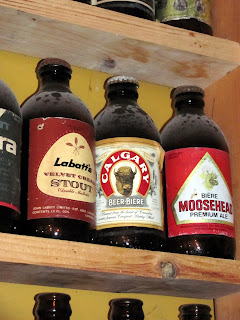 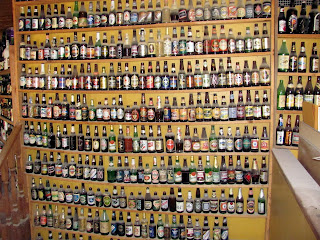