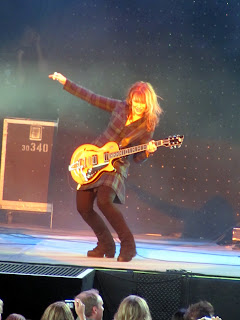 Tonight Teena and I went to see Heart & Def Leppard in concert at the Molson Amphitheatre.

She had won 2 VIP box seat tickets through Toronto Mike in a contest sponsored by WagJag. The seats were excellent, right behind the sound and lighting engineers.

In truth, I was really looking forward to Heart as I knew many of their songs from the 70s. To me, music took a turn for the worse in the late 70s and I tuned out for over a decade.

I had heard of Def Leppard but could not name a song of theirs. For an experiment, I did not look up any of their music before the concert. I wanted to see how many songs of theirs I recognised. Teena laughs at the fact that if an 80s song has not been in a commercial, I don't know it.

Heart opened the show. Talk about your opening acts! They have sold over 30 million records worldwide and was ranked #57 on VH1's 100 Greatest Artists of Hard Rock. I looked at the list. They should be ranked higher. Ann Wilson at 61 can still belt out a tune. Great voice! Her sister Nancy, who was born just 15 days before me, was great on guitar. Look at the shot top left. That woman can rock the stage!

In sitting behind the booth, we could see the play list of both bands. Heart went with all their older great stuff and one song from their newest album, WTF. Looks like they have added another great song to their list! They played 12 songs in the hour they were on stage and put on a great show. I would see them again if they came to town ... as always, depending on ticket prices! 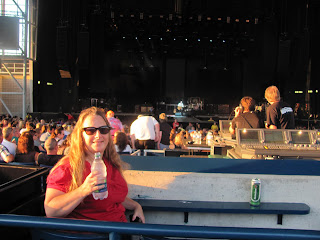 After the break, Def Leppard took to an elaborate stage with multiple digital screen backgrounds. They have sold over 65 million albums and were ranked #31 in VH1's 100 Greatest Artists of Hard Rock. Of the 15 songs they did in the hour and a half, I recognized a cover they did of the David Essex song Rock On. The only other tune I knew was their final one, Rock of Ages, although I would never be able to sing along to it. Teena knew most of their songs.

They put on an excellent high energy show. I love it when a group has 2 lead guitarists and both were great. Most groups, when their show is over, hold up their arms, say thanks and run off the stage. I was impressed by how all the members of Def Leppard, put down their instruments, came to the front of the stage and took a minute or two to thank the fans for coming and how they enjoyed playing for us. I thought it was a very classy way to finish!

Teena's review is here and below are some shots that I took from the shows. 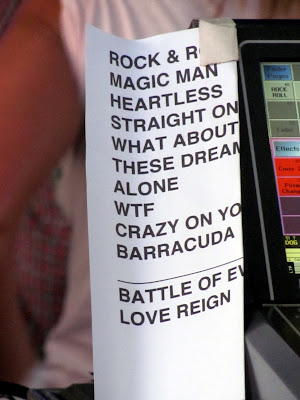 Teena and I with Heart playing in the background 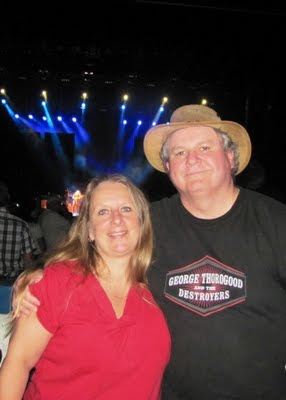 Ann Belts it out. She still has a great voice 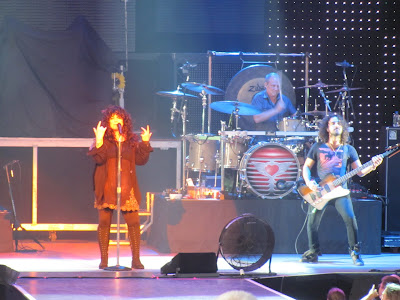 The sisters working together 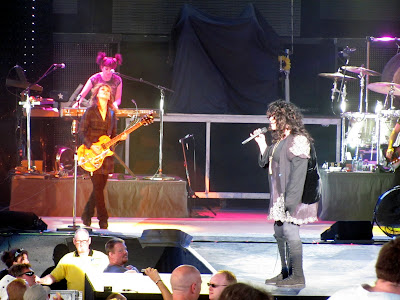 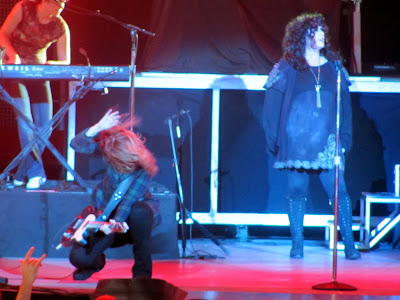 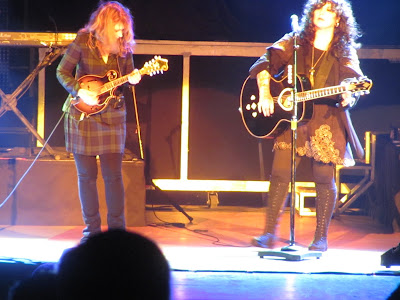 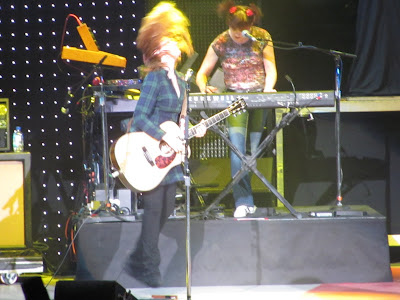 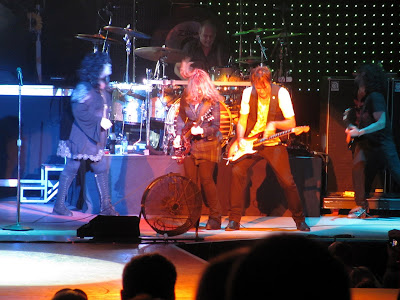 I hated to see this concert end. I think Ann did too. 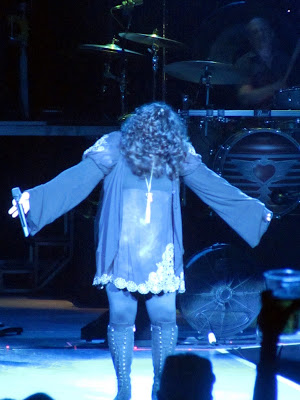 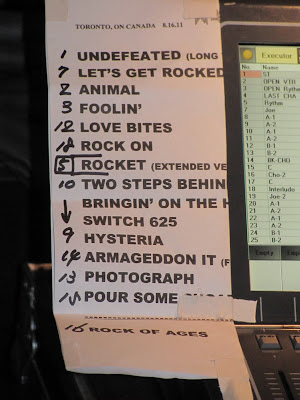 The boys in action 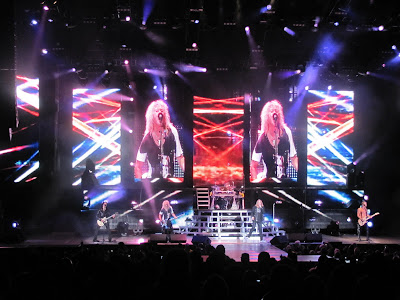 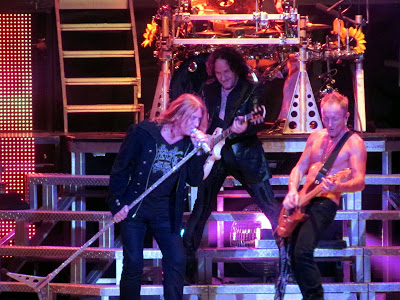 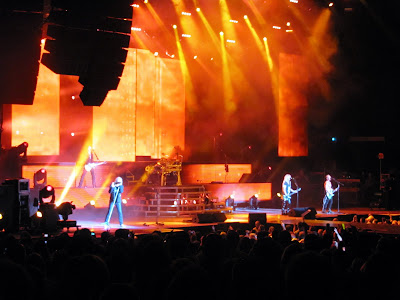 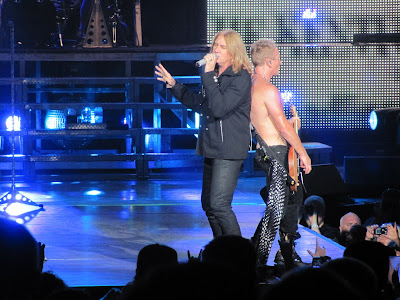 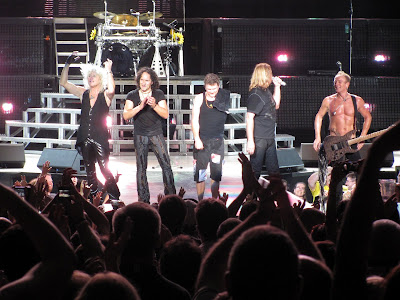 Great photos! I saw Def Lep. at the Amp. a few years back. They put on a good show. Glad to see they are still rockin'.