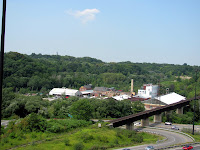 This afternoon we visited the Chester Hill Lookout and afterwards decided to check out the old Don Valley Brick Works which is now known as the Evergreen Brick Works.

The old Don Valley Brickworks was an active clay quarry which put out clay bricks since 1889 till sometime early in the 1980s. During that time they made bricks from some of the most famous places in Toronto, including Old City Hall and Osgoode Hall.

For years there was debate as to what to do with the abandoned buildings then "Evergreen, a Toronto-based national charity, has launched an exciting project to redevelop the buildings into a community environmental centre built on the themes of nature, culture and community."

Now the buildings house a weekly farmers' market and a Sunday antique market. The lands of the old quarry are now a nature reserve with pathways cut through it. It's a great, interesting way to escape from the city without ever leaving it. Teena and I had a ball.

It was interesting except in an area of hikers, naturalists and cyclists, there is no place to get a bottle of water! In fact the restaurant and snackbar, Cafe Belong, has a big sign saying "No Bottled Water!!!" A person could get thirsty there.

Here are some shots of our afternoon visit. It really is worth a visit!

The back of the buildings where you enter the pond area. These walls have old photos of the early days of the Don Valley Brick Works. 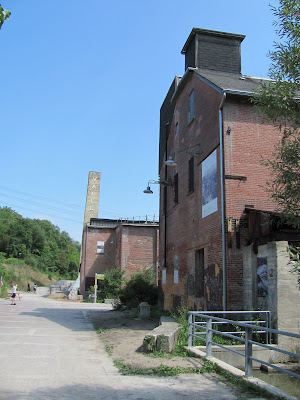 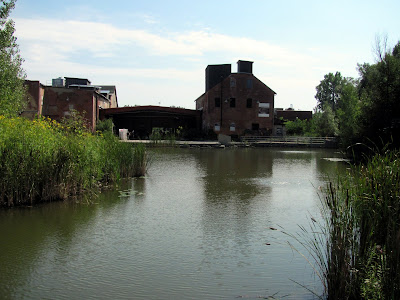 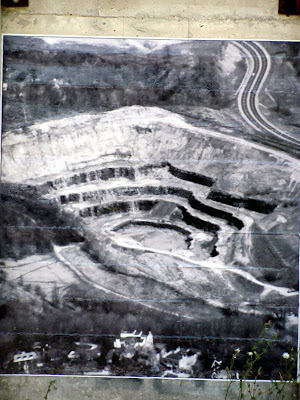 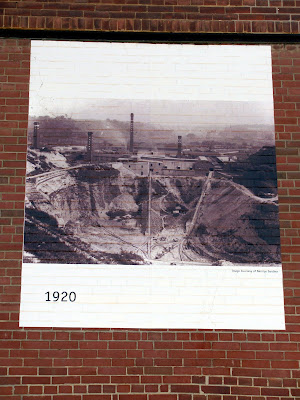 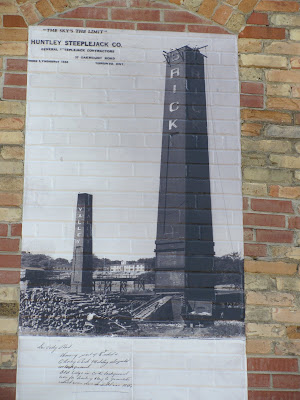 The far chimney in the photo still stands! 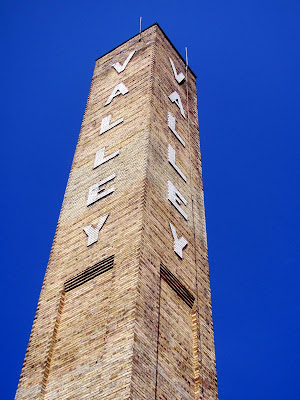 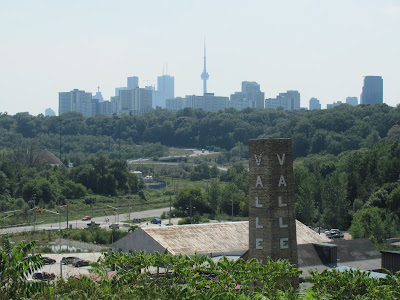 We saw a couple of Blue Heron in the Weston Quarry Garden. 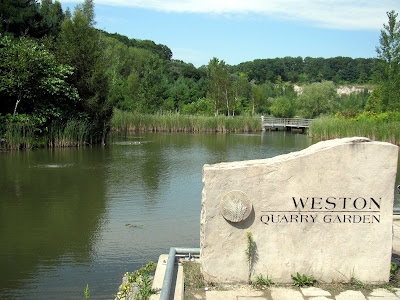 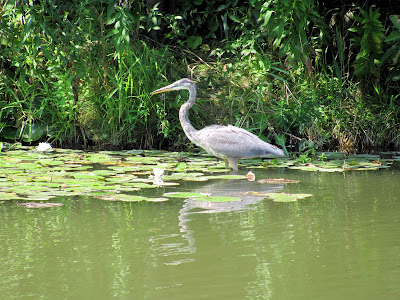 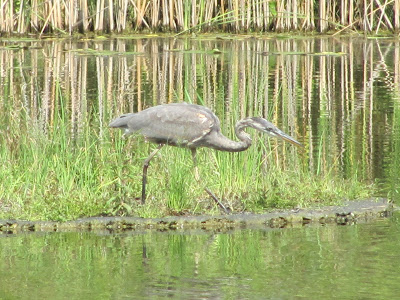 A view of the pond/trail area from the Governors Bridge Lookout. 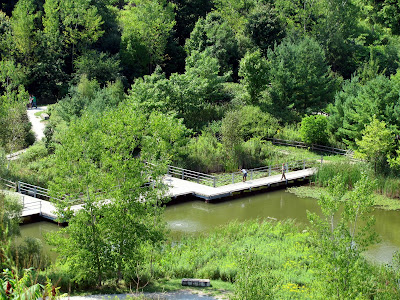 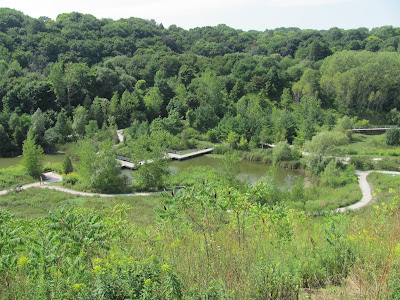 Lots of turtles of all sizes and ages. 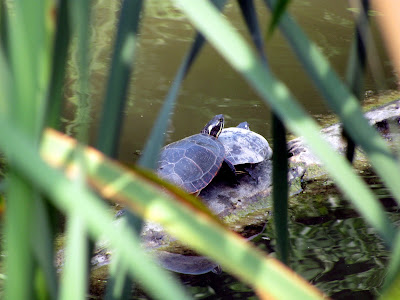 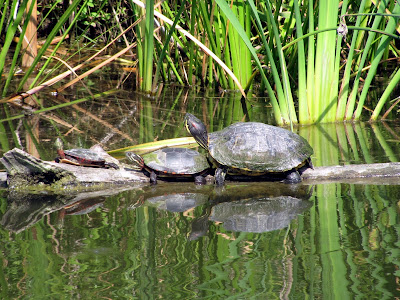 I could not figure out why in the corner of a brick wall, a crappy wooded structure was added. A worker there explained that the old company wanted to out a conveyor belt between the buildings but could not go around the corner between the 2 buildings. So instead they cut the corner to make a straight line. 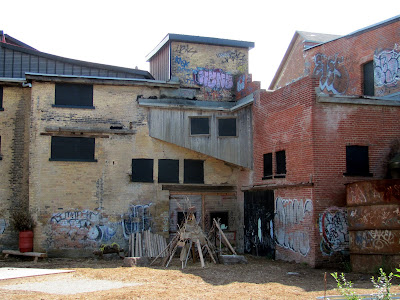 This is a great artist rendition of Toronto. Anywhere there is a waterway is shown with live plants and water flowing down the route. Lake Ontario is depicted with a waterfall. I really enjoyed this. 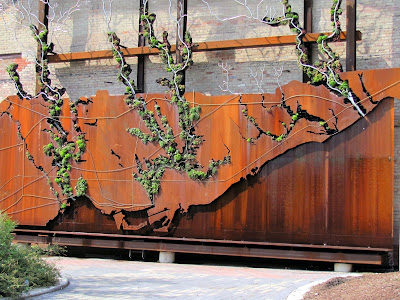