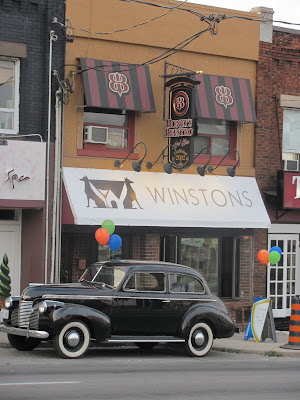 Teena's cousin, Jesse, just opened his new bar and restaurant, Winston's Dog House, on Eglinton W, just a few doors east of Avenue Rd. Tonight was his grand opening and we were there.

It is a nice bright area, with seating at the bar, tables and a private party area at the back. Jesse is very personable and made sure he greeted everyone who came in.

The food looked great and everyone who had the wings raved about them. We had gone to a Weird Al Yankovic concert at the last moment this afternoon and came out starving, so grabbed something to eat before we headed up. I would have like to have tried the wings myself and the chicken burger looked amazing.

Jesse's mom and dad, Carol, who is Teena's aunt, and Michael, Carol's husband, were there as well as Carol's sister, Kim. It was a fun night and I wish him all the best. This place deserves to do well. 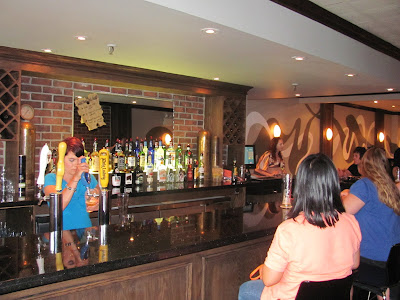 Interesting beers on Tap. The Headstrong was my favorite. 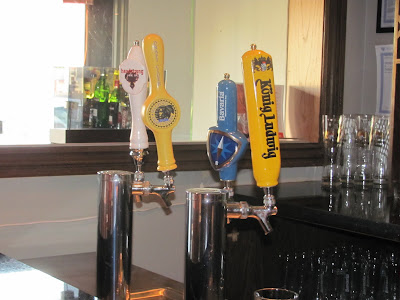 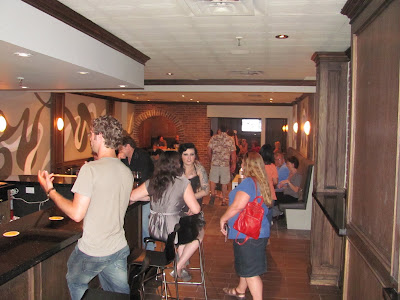 A great shot of Teena and I! 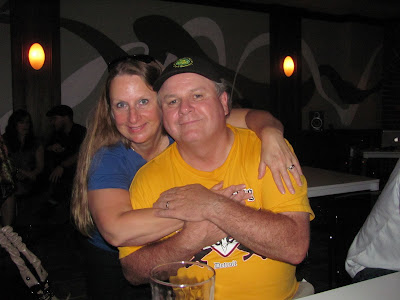 Jesse standing in front of his paternal grandfather's car which he brought for the opening. 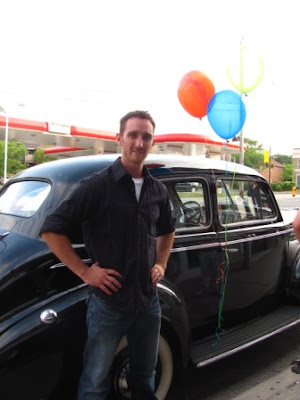 Mike was the DJ, who at times would play along. He was quite good. 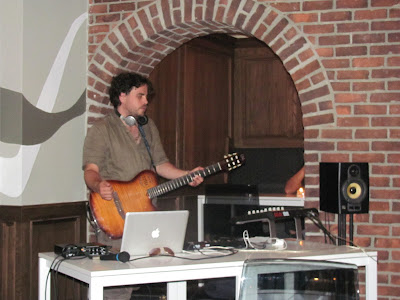 "Aunt" Carol, me and "Aunt" Kim.
Funny as I am the same age as Carol and much older than Kim. 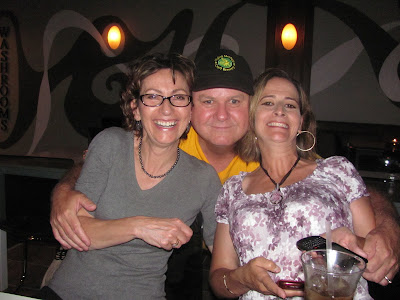 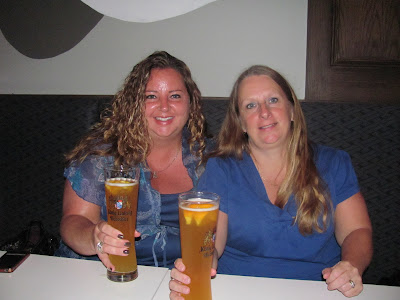 Jesse's dog, Winston, whom the place is named after. 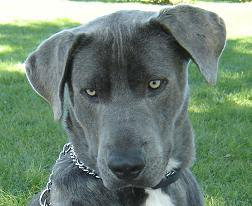