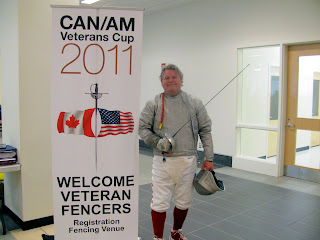 There was a long delay after my elimination from the foil competition and I was worried about stiffening up and if my mind would be able to click over from foil mode to sabre. Also there was some pain in my right knee. It was well-wrapped and holding up well but sabre is faster and much more brutal on the knees.

In the overall, I lost my first two matches. My friend. Marvin, whom I had proudly fenced with twice in team competitions, once at the Commonwealth Fencing Championship, was my first opponent. I had never fenced him before and his jerky style of fencing threw me off and he took me apart. I finished the poole with 2 wins and 2 losses and 9th in the rankings out of 22 fencers.

I won my first DE against my old coach, Perry. My next match was against Vincent P, whom I have lost to many times in the past down in the States. Let's just say it didn't go so well. I made mistakes and he took advantage. OK,I lost 10-3 and was gone from the tournament. I finished 7th out of 22 fencers. I'll take it!

Next up was an elimination tournament for age groups. There were 10 in the 50-59 group. I did well in the beginning but Rod from the U.S., didn't do well against our southern neighbors, and ended my hopes of Gold by taking me down 10-3. That sounds like a very familiar, elimination score.

I did end up with a bronze medal, though.

A 7th in the overall and a bronze in the age group. Not a bad day at all! 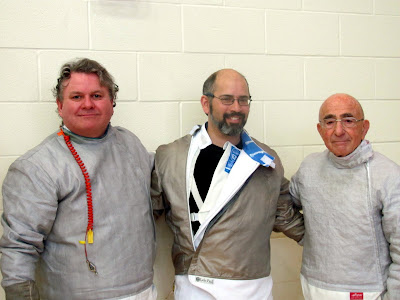 Running strategy through my mind before my match with Vincent P. Didn't help. 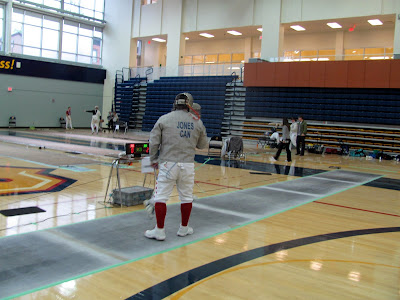 Sara on the attack. She finished 5th, just out of the medals. 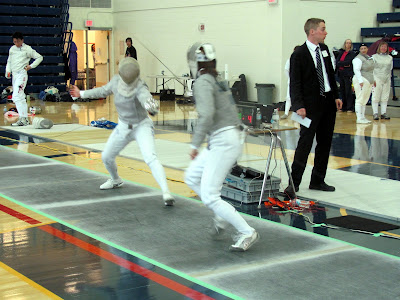 I throw a "Point in Line" while Vincent P attacks. Didn't work. 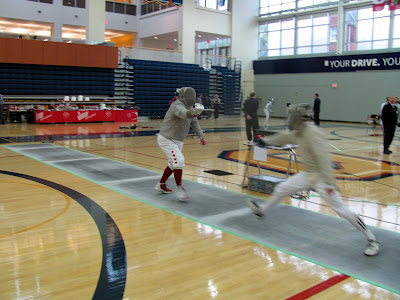 Vince getting a point with a head shot. 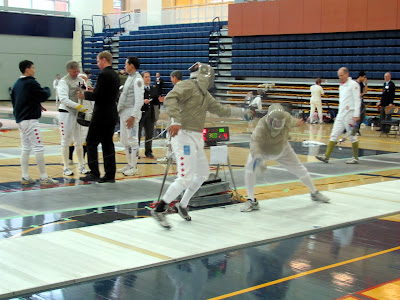 Massage students from the university gave massages for just a charitable donation. Hanna worked on my right arm for half an hour afterwards. It feels much better. 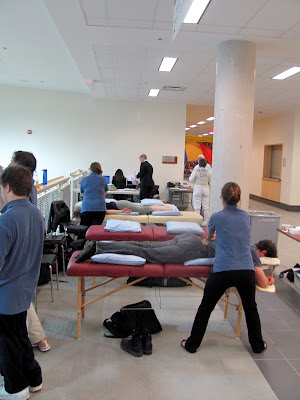