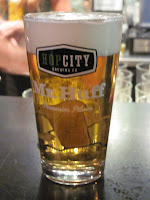 Tonight Teena and I had the opportunity to attend the product launch of Hop City's new beer, Mr. Huff. We were promised free beer, free food and free entertainment.

And it was all excellent!

The event was held at 99 Sudbury, which conveniently is a less than a minute walk for us.

We arrived around 7:30 and people were still filtering in. The night started with an introduction to the 2 brewers at Hop City, John and Kevin. I had a chance to talk with Kevin later on, not as shy one-on-one as he is in front of a microphone and he was quite interesting.

The Grind House on King, which we had visited before, supplied the food for the event. It was fun as there was a pairing of food with the different beers. The Lawn Chair Wheat beer was paired with a beer infused pulled pork sandwich. The Barking Squirrel Amber Lager was paired with grilled house-cured pork belly lardons with sweet Barking Squirrel consomme and micro greens. It was fabulous.

Happy Hour, the only ale they brew, came with braised sausages in puff pastry with caramelized onion relish. 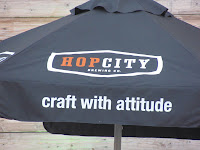 My favorite was the black tiger shrimp with beer infused mustard aoili. It came with the Mr Huff Pilsner.

Many members of the press were there and I was quite excited to run into Mirella Amato of Beerology and the Toronto chapter of Barley's Angels. She was my teacher for a beer course I took a year ago at Harbourfront. If you have a chance to take a course from her, go for it!

It was a large event space and we wandered over to the entertainment room where there was an excellent cover band.

Originally I had planned to go over for just an hour or so but we ended up staying a long time. Of the 4 beers I had, the Mr Huff Pilsner and Happy Hour Ale were tops with me. I liked the Barking Squirrel third best and really did not care for the Lawn Chair Wheat beer.

It was a fabulous night, and thanks to Hop City for letting us be part of it.


It was a little empty when we first arrived 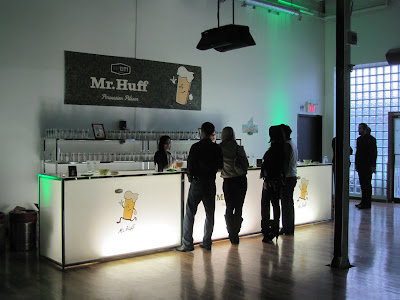 The room filled up as the night went on 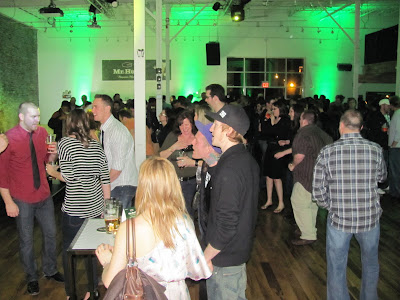 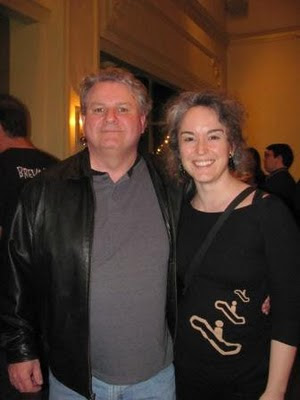 My favorites, Mr Huff Pilsner and the Tiger Shrimp 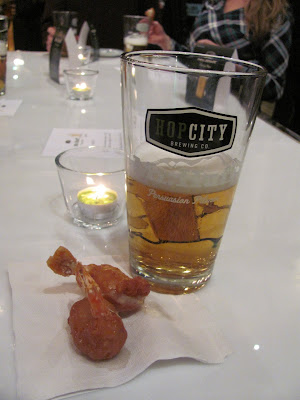 Here are Tim Pettigrew, chef at the Grindhouse, and brewers John and Kevin 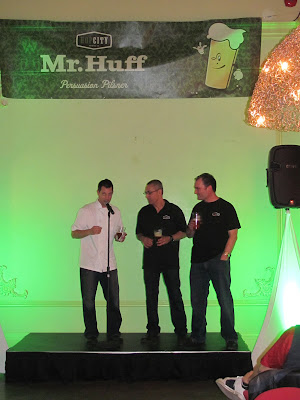 The band was great! 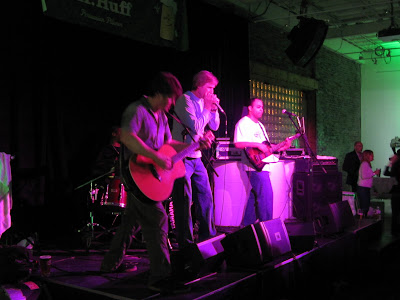 She really enjoyed the band! 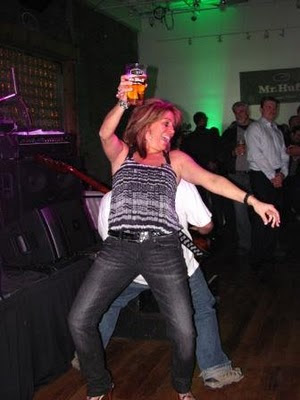