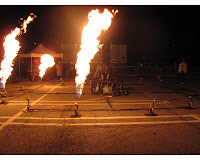 Last night Teena went with her friends to see April Wine in concert. Teena's sister Sarah and I joined them for supper before hand in Liberty Village. Afterwards, Teena and her friends headed off to the concert and Sarah and I checked out some of the exhibits nearby which were part of Nuit Blanche.

This is the 5th year for Nuit Blanche, which is a dusk till dawn art show which takes over the entire city attracting thousands of people.

The first event we saw was a "performance art" piece by 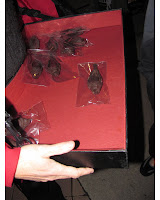 Lalie Douglas called "The Potential of Objects".
Within each object lies its own intrinsic potential to be destroyed: ice melts, paper burns, chocolate gets eaten. In this strolling performance the artist will walk around inviting passersby to eat, burn, smash or otherwise destroy small, carefully made objects. When we met her she was handing out chocolate dead birds to be eaten. I ate it but didn't really get the concept. 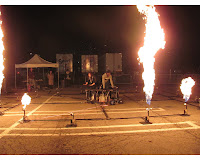 Next up was "Flux and Fire" by Christine Irving. It is a large-scale interactive fire experience that captures the idea that art can be made anywhere, be temporary and articulated in flames. The beauty is it can be experienced and controlled by 1-2 adult participants. Participants interact and control the flames via 16 sensors on a 6 foot circular platform. This was quite interesting to watch. participants held their hands over sensors and could control the intensity and height of the flame. Very cool. 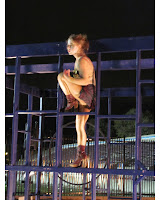 Ride beside the fire performance was "Goddesses & Gargoyles". This installation brings awareness of goddesses and gargoyles "protector" roles through artworks, video installations, and actors. Audiences are encouraged to write down the names of who they would like the goddesses to protect, and place the names with the goddesses and gargoyles they would like to see as protectors. Two actors were climbing around what looked like a playground set. Again, I didn't get it. 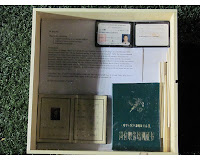 The final exhibit took over the entire field of Lamport Stadium. "Fragments & Sightings" is a modern memorial to the tens of thousands of Toronto residents who have experienced atrocities. Object artifacts belonging to survivors including relevant articles of clothing, photographs, identity cards, prison reports, are displayed in a rowed queue. These podiums function as repositories for the precious object artifacts donated by survivors of violence and loss. The object artifacts lack signs of identification, yet as personal objects of remembrance, they evoke a powerful sense of intimacy and separation. We walked the field and looked in a few of the boxes. It was a very depressing exhibit.

It was the third time I had been out to see some of Nuit Blanche. As always it is interesting but for the most part I don't get a lot of it.

Sarah and Lalie Douglas. Lalie is a very serious person 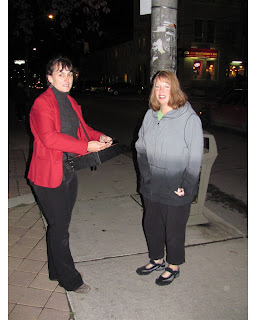 Eating the dead bird. Actually the chocolate was good! 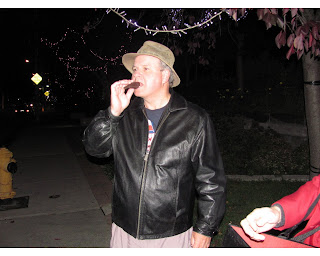 More fire. It would be a popular event later in the night when it got colder 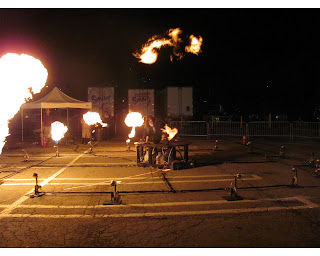 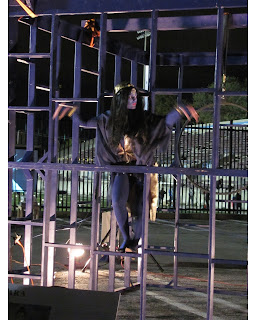 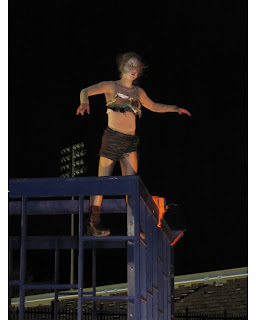 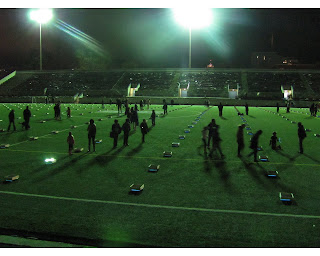 Glad you liked Flux and Fire (Zone C). Please vote for us for the People's Choice award!!