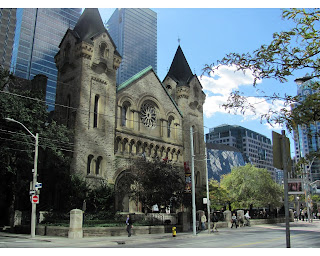 Back in the late 1800s, the corner of King W and Simcoe was nicknamed Four Nations Corner.

So there you have it ... Education, Legislation, Damnation and Salvation. Four nations cornering one intersection.

The picture to the left is of St. Andrews Presbyterian Church built in 1876 and still standing. Behind it, where Government House stood is now Roy Thompson Hall.

I found a picture of the intersection taken facing east along King towards the city from 1930. Off in the distance to the right, you can see Commerce Court under construction, which was completed in 1931. To the left, the Bank of Nova Scotia Building. Check the picture below it taken today, from about the same spot, with obviously more traffic to dodge. Thanks to the driver right in front of me for slowing so I could take the shot. 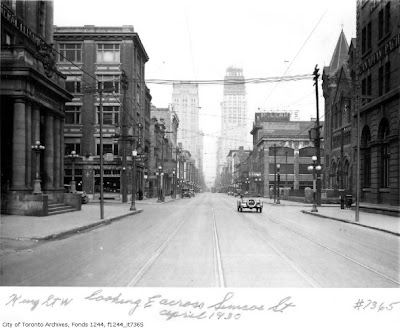 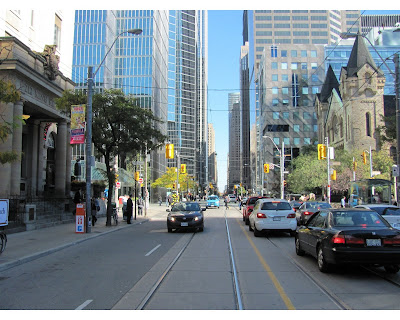