Evita and Our Day in Stratford 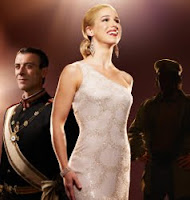 Teena and I took the train to Stratford for the day to see Evita.

The play depicts "the infamous real-life story of Eva "Evita" Duarte de Peron, the wife of President Juan Peron, who rose from poverty to become the most famous Argentine woman in history. Her huge political influence and constant charity works earned her scorn and fear from the military and upper classes but adoration and love from the workers and descamisados. Evita's legendary life is displayed before your eyes as the most hated and most beloved woman in Argentina".

It is our third time seeing it. I love it, Teena is OK with it. Of the three times, 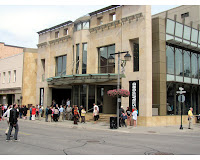 this was the best production. Chilina Kennedy was fabulous in the role of Evita and gave a powerful performance. I was equally impressed with Josh Young who played Che.

I found it interesting that we saw the same play three times and yet Eva Peron is portrayed differently in each. This version shows her as a selfish woman who helps the poor only to increase her own fame and power. Other plays have showed her being more compassionate. Interesting that the same play can be viewed so differently.

I would strongly recommend this play to anyone.

Afterwards we wandered to a part of town which, surprisingly we had never been before and found Stratford's Shakespearean Gardens. We're not really into flowers and botany but we had a nice stroll through it. 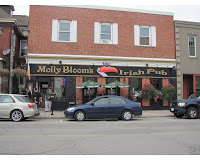 Then it was off to Molly Bloom's for fish and chips. Years ago it was a place with poor service. But the last time we were in Stratford we stopped in, met the owner, Rob, and had a great time. We told him next time we were back we would have supper there. Glad we did. The prices were very reasonable and the food excellent. We will be back.

Finally it was our traditional stop for a last drink (or two) at the Dominion House, a comfortable bar down by the train station.

Once again another fabulous day in Stratford. Sadly, now we have to wait 'til next year for our next visit.

By a cannon at the Stratford War Memorial 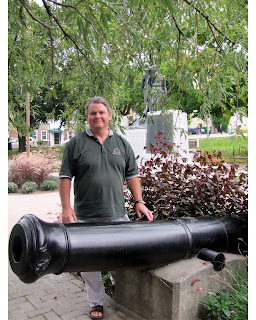 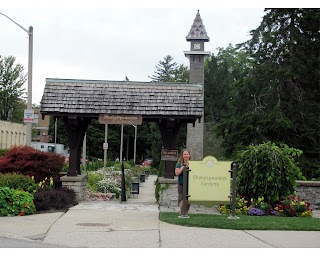 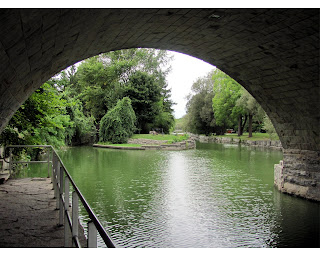 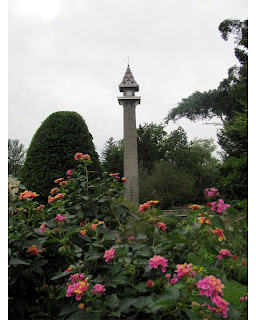 A final drink at the Dominion House 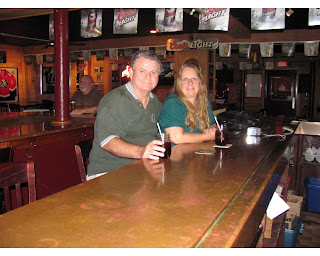