Mill Race Mild - I had my 12 beer selected, 6 Ales, 3 Lagers and 3 Pilsners but Jacob, who was helping me, asked if I like dark ales. I said yes and he suggested the Mill Race Mild. At 3.5%, I didn't expect much. He told me that it was a full flavoured dark ale. I decide to trust him and am glad that I did. It is a very tasty ale, heavy on the malts, with a slight hint of coffee. Currently only available at the brewery, I'll be stocking my trunk with this one next time that I'm down that way.

Hannenberg Pils - A Pilsner which pours golden in colour. It is a lighter tasting Pilsner, with not much hoppyness to it. This is one I believe the mainstream beer drinker, who is unfamiliar with craft style beers would enjoy. Although it seems to be a quality beer, it is not to my taste.

Galt Old Style Lager - I had expected something lighter in colour along the lines of a golden clour, but instead it pours a light coppery colour. The brewery calls this a pre-prohibition styled beer, reminiscent of pre-prohibition beers that were brewed with full bodied malts yet retained a strong hop character in the finish. This is a very nice hoppy beer, with a crisp taste and short lager finish. Hops carry through this. I would have this one in my fridge anytime. 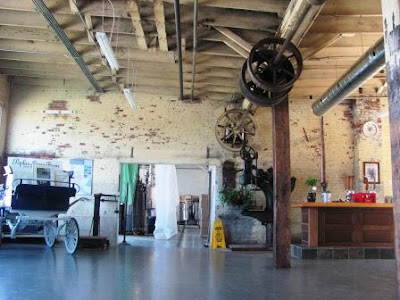 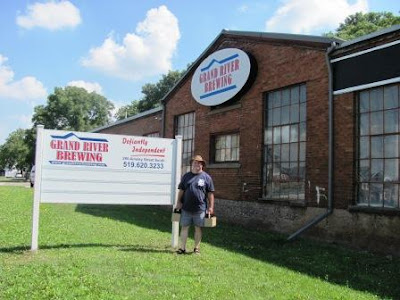 They are in an historical building which was the original home of the Galt Knife Company, the manufacturer of industrial knives for the last 100 years.
Posted by Teena in Toronto at 23:59