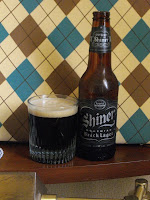 Last weekend I was in Dallas, Texas for the North American Cup fencing tournaments.

After I landed and arrived at the hotel, I was starving so I hit the hotel bar for a burger and beer. I asked the bartender what was local and he said the Shiner Bock was. So pictured below to the left was the first beer I tasted in the great state of Texas.

And it was good.

I found a liquor store around the corner and bought a couple of more Shiner products, their 101 Pilsner and this week's beer of the week, the Shiner Bohemian Black lager.

Shiner is a little town of just over 2,000 folks in the North part of Texas. The brewery started back in 1909 and was bought by Kosmos Spoetzl in 1915 and renamed Spoetzel Brewery 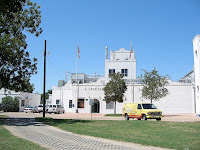 after prohibition in 1934. Before that it was known as Spoetzel Brewery and Ice Factory and was only 1 of 5 Texas breweries to survive prohibition. Nine others went under. Spoetzl survived by selling ice and near beer.

Once prohibition was lifted, Spoetzl bought a Model T and, with a couple of kegs iced down in the back, drove the country roads around Shiner, and selling ice cold beer to hot, thirsty farmers.

As the brewery approached its 100 year anniversary in 2009, it decided to make a celebration beer each year of the 5 years preceding the centennial. Each beer was named for the number of years the brew 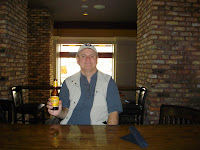 ery was in business. In 2007, Shiner 96 was made and well-received. It was, of course, the Bohemian Black Lager.

I had never heard of a "black" lager before and did not know what to expect. The darkness comes from roasting the malts to a dark colour. Although it has a similar dark colour as a porter or stout, it is not supposed to be less bitter and milder tasting.

It poured with a good head which remained and lacing

s stay on the glass as I sipped. It definitely is black in colour. It does have a chocolate taste to it and a bitter bite, but nothing as powerful as you would find in a porter or stout. It finished well with the pleasant bitterness staying behind.

It was beer which I enjoyed and, in fact, was my personal favorite of the 3 Shiner beers that I have. The Bock and Pilsner were good but definitely the Shiner Bohemian Black Lager was the one that I was glad that I brought home.
Posted by Swordsman at 16:00