We did the tour this afternoon ... there was Gord and I, Liz, Shawna, Ian, Dave and Roger. Shawna and Liz are my friends ... Ian, Dave, Roger and Gord work together.

They started off by giving us big glasses of beer (along with refills!).

Then Jen took us for the tour. Here's Gord and Jen ... 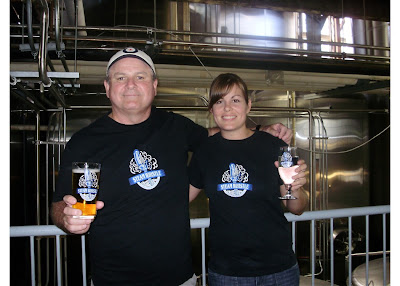 Part of Gord's prize had been the Steam Whistle teeshirt he was wearing (along with a whistle which he thankfully took to work!). A dress made of bottle caps is stylish but I bet it wouldn't be comfortable! 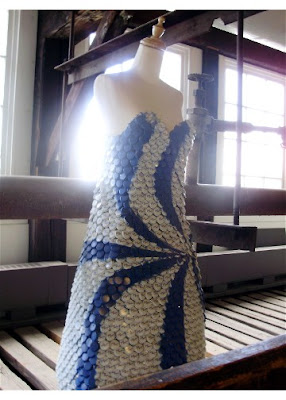 A big ball of beer cans! 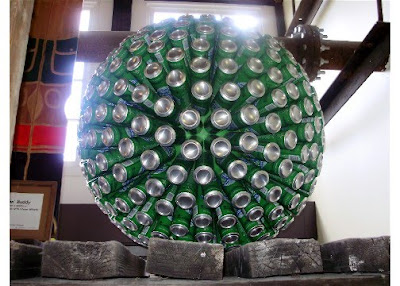 Steam Whistle is housed in the historic Roundhouse property downtown. We walked through the offices too ... it's cool because there aren't any offices or cubicles. Everyone, including the owners, all sit together with no dividers.

There were lots of Steam Whistle bottles waiting to be filled ... 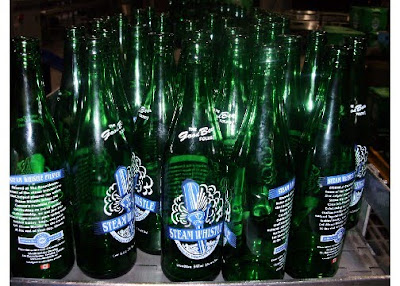 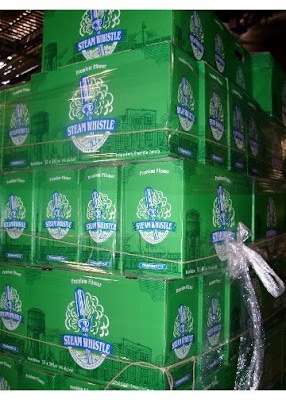 Here's Roger next to the bottle washer ... 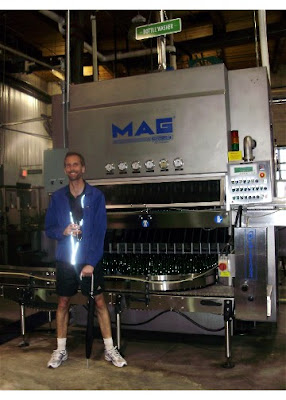 There were lots of tallboys waiting to be filled ... 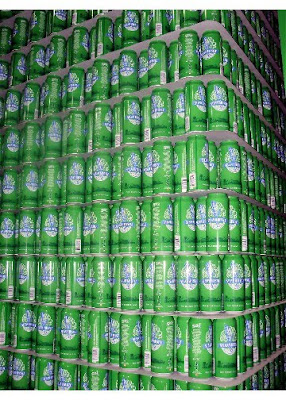 The whistle to end the shift was fun so some of us gave it a pull. Here's Gord ... 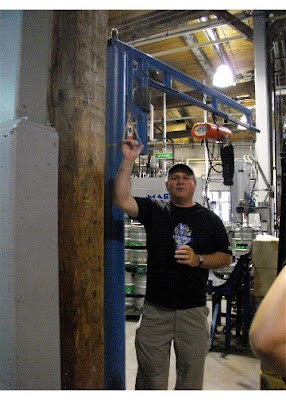 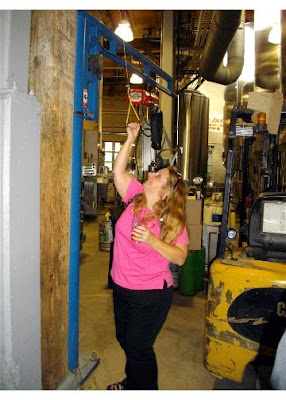 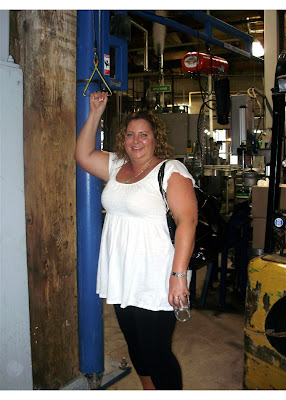 After the tour, we had lots more beer and yummy pizza.

They sent each of us home with a souvenir bag which contained a glass, some coasters and a bottle opener. Here's mine and Gord's. 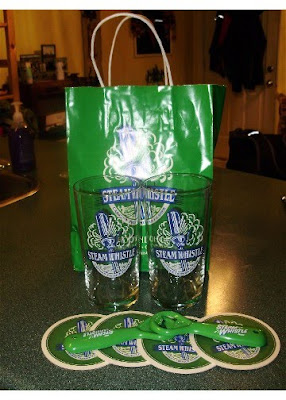 Definitely an interesting tour and a fun time.
Posted by Teena in Toronto at 18:18