We stumbled upon the Peterborough Ribfest and we stayed for a couple hours. There were lots of people. What a great time!

Mill Street Brewery was the beer supplier. Glasses were $5 at the entrance and beer was $2 (for 10 ounces). 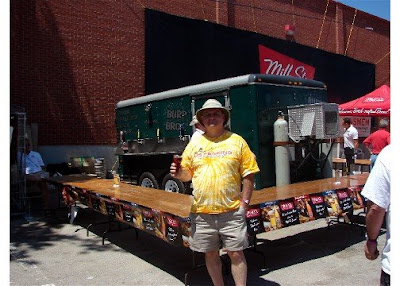 Gord
I was driving home so slowly drank two glasses of the Stock Ale. Gord enjoyed more of the Tankhouse Ale.

There were bands playing continuously. The best was Colt Harley, who arrived on Harleys. They rocked! According to the emcee, they drive the Harleys in The Love Guru. 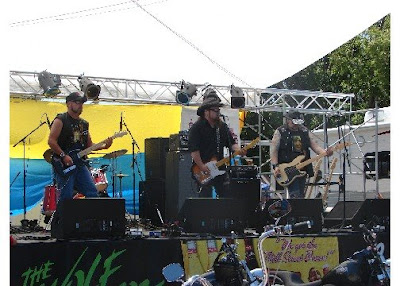 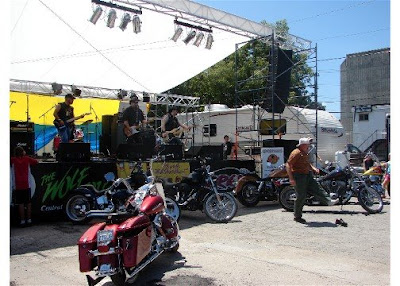 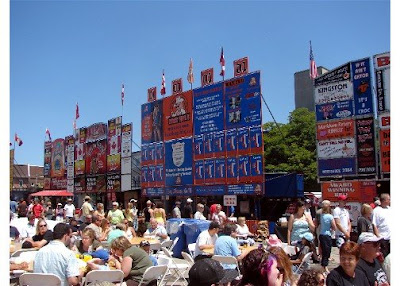 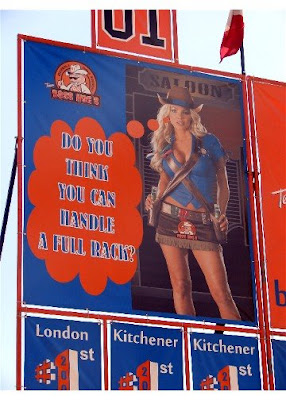 Because Gord has ribs marinating for supper tomorrow night, we got pulled pork sandwiches from Gator BBQ (of Florida). They were HUGE! And oh so good! 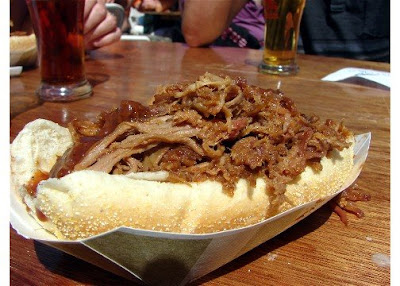 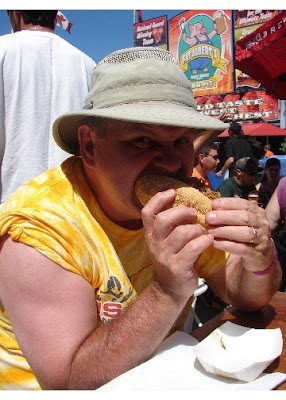 Gord
Sean and Brad (who live in Peterborough) hung out with us for a while. 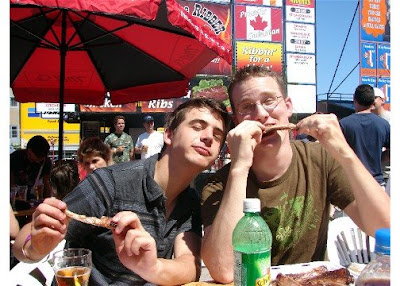