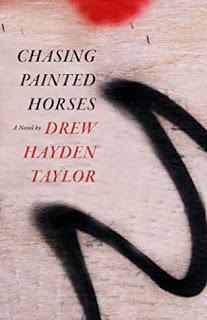 Chasing Painted Horses has a magical, fable-like quality. It is the story of four unlikely friends who live in Otter Lake, a reserve north of Toronto. Ralph and his sister, Shelley, live with their parents. On the cusp of becoming teenagers, they and their friend William befriend an odd little girl, from a dysfunctional family. Danielle, a timid 10 year old girl, draws an amazing, arresting image of a horse that draws her loose group of friends into her fantasy world. But those friends are not ready for what that horse may mean or represent. It represents everything that’s wrong in the girl’s life and everything she wished it could be. And the trio who meet her and witness the creation of the horse, are left trying to figure out what the horse means to the girl, and later to them. And how to help the shy little girl.

In the past I've read some of his short stories and heard him speak at author events but it didn't prepare for this fabulous work.

The story kept me completely involved and engrossed. Usually I'm a slow reader but I became so caught up this, I couldn't put it down and as a result, finished it quickly. The story bounces back and forth between the present and the past, with the past dominating the tale.

Chasing Painted Horses is so well written, I'm not surprised it made the CBC's Top books of 2019, and was shortlisted for 2019's Governor-General's, Writers' Trust and Giller awards. 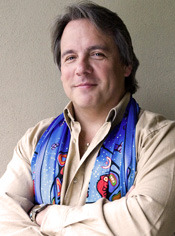 During the last thirty years of his career, Drew Hayden Taylor has done many things, most of which he is proud of. An Ojibway from the Curve Lake First Nations in Ontario, he has worn many hats in his literary career, from performing stand-up comedy at the Kennedy Center in Washington D.C., to being Artistic Director of Canada’s premiere Native theatre company, Native Earth Performing Arts.

He has been an award-winning playwright, a journalist/columnist (appearing regularly in several Canadian newspapers and magazines), short-story writer, novelist, television scriptwriter, and has worked on numerous documentaries exploring the Native experience. Most notably as a filmmaker, he wrote and directed REDSKINS, TRICKSTERS AND PUPPY STEW, a documentary on Native humour for the National Film Board of Canada, and for CBC, co-created SEARCHING FOR WINNITOU, an exploration of Germany’s fascination with North American Indigenous culture.

As a playwright, Drew has proudly been a part of what he refers to as the contemporary Native Literary Renascence. An author of more than 20 plays (resulting in almost a hundred productions), his popular plays such as TORONTO AT DREAMER’S ROCK, ONLY DRUNKS AND CHILDREN TELL THE TRUTH, THE BERLIN BLUES, and COTTAGERS AND INDIANS have left their mark on the Canadian theatre scene.

In the world of prose, he enjoys spreading the boundaries of what is considered Indigenous literature. In 2007, Annick Press published his first Novel, THE NIGHT WANDERER: A Native Gothic Novel, a teen novel about an Ojibway vampire. 2010 saw the publication of his novel MOTORCYCLES & SWEETGRASS (Finalist for the Governor General’s Award for Fiction). More recently, Douglas & McIntyre published a collection of his Native themed science fiction short stories, titled TAKE US TO YOUR CHIEF AND OTHER STORIES. This fall, a new novel titled CHASING PAINTED HORSES, published by Cormorant Press, will brings his publication total to 33 books.

His success as a writer has allowed him the opportunity to travel the world, spreading the gospel of Native literature. Through many of his non-fiction books, from the four volume set titled FUNNY, YOU DON’T LOOK LIKE ONE, to the ME FUNNY, ME SEXY, ME ARTSY series, he has tried to educate and inform the world about issues that reflect, celebrate, and interfere in the lives of Canada’s First Nations.

Self-described as a contemporary story teller, his exploration of the storytelling tradition has explored many boundaries. For example, he co-created and was the head writer for MIXED BLESSINGS, a television comedy series as well as contributed scripts to four other popular Canadian television series including BEACHCOMBERS and NORTH OF 60. In 2007, a made-for-tv movie he wrote, IN A WORLD CREATED BY A DRUNKEN GOD (based on his play which was a finalist for the Governor General Award for Drama) was nominated for three Gemini Awards, including Best Movie. In 2011 and 2012, he wrote the script for the National Aboriginal Achievement Awards, now known as the INDSPIRE AWARDS.

The years of writing have brought him many accolades by his peers, including the Floyd S. Chalmers Award, Dora Mavor Moore Award and the Canadian Author’s Literary Award, He has also been the recipient of many other varied honours; an Honorary Doctorate of Laws from Mount Allison University, a Plaque of Honour on the Peterborough Walk of Fame, the Queen Elizabeth Diamond Jubilee Award, Ontario Premier’s Award for Creative Arts and Design, and Victoria Martyn Lynch-Staunton Award for Outstanding Artistic Achievement in Theatre, to name a few.

Oddly enough, the thing his mother was most proud of was his ability to make spaghetti from scratch. 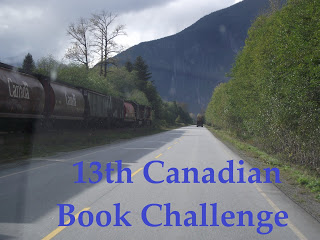