Year of the Slut by Jennifer Lieberman 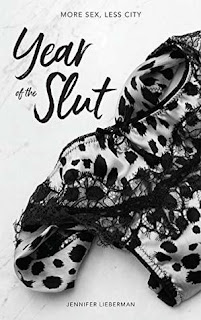 Earlier this year, I was at a Canadian Authors, Toronto Chapter, seminar about romance and romcom writing and publishing. At the end, there were door prizes and I came up a winner. I walked out with a copy of Year of the Slut by Canadian writer and actor Jennifer Leiberman.

This really was a tale about one woman's sexual awakening and a search for who she really is. Now, I'm not afraid to admit this is not the first book I've read which contains graphic sexual scenes, having enjoyed many of the Trailsman and Longarm series. It is the first I've read which was written by a woman from a woman's point of view.

And I enjoyed it. The story is laid out in monthly chapters starting with December: Used and ending a year and a month later with January: Magic, Unexpected.

An entertaining, provocative and a fun read, it was a prize I'm glad I won.


JENNIFER LIEBERMAN is from Maple, Ontario Canada and holds a Bachelor of Arts in Philosophy from York University in Toronto. 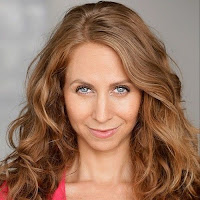 Jennifer has appeared in over 2-dozen stage productions in Toronto, New York City, Los Angeles and Australia; including her Award-Winning Solo Show YEAR OF THE SLUT, which this book was adapted from.

In addition to her performance career she has penned a number of screen and stage plays including the web-series DUMPWATER DIVAS and the short films LEASH and DETAILS which both screened at the Festival De Cannes' Court Métrage among other international film festivals.

YEAR OF THE SLUT is Lieberman’s first novel.
Posted by Swordsman at 13:09