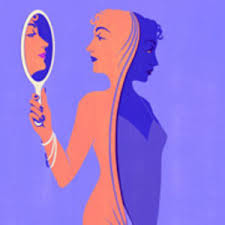 This afternoon Teena and I saw A Streetcar Named Desire at the Young Centre for the Performing Arts in Toronto's Distillery District.

As Blanche’s fragile world crumbles, she turns to her sister for solace – but her downward spiral brings her face to face with a brutal, unforgiving reality. Tennessee Williams’ timeless masterpiece is a raging portrayal of what it means to be an outsider, in a society where we’re all desperate to belong.

It was interesting for us going in as neither of us had seen the movie. Except for the short piece above, we knew nothing about the plot but for that famous line, "STELLA!", who I originally thought the story would be focused on.

Instead the story is of the interactions of Blanche who comes to live with her sister, Stella, and her husband, Stanley, in a run down part of New Orleans, after losing the family estate. Blanche portrays herself as a fine southern belle, who is superior to the folk living in Stella and Stanley's neighbourhood and as a result is at constant odds and fights with Stanley, son of Polish immigrants. Stella has left the refined part of her life behind but lives a fiery life with her husband and feels protective towards her sister.

It was incredible. The play runs three hours plus the intermission but sure doesn't feel it. I was immediately involved in what was happening before me and trying to figure how it might all end. It's tense, broken in parts by moments of humour and powerful.

The Tennessee Williams play, which won a Pulitzer Prize, had its original opening on Broadway back in 1947 but every minute of it stands up today. Teena and I were discussing the play afterwards and came to the conclusion there were no weak actors in the production, especially in the major parts. Leah Doz as Stella, Amy Rutherford, easily with the most lines in the production, her character, Blanche, being the long winded type, and  Mac Fyfe as Stanley, all could not have been better. The minor roles were all well performed.

The set was well-laid out and imaginative. The music and outside action were all well-done.

I highly recommend this play. Teena and I are looking forward to seeing the 1951 movie of the play which I suspect will have many parts of the stage production toned down. 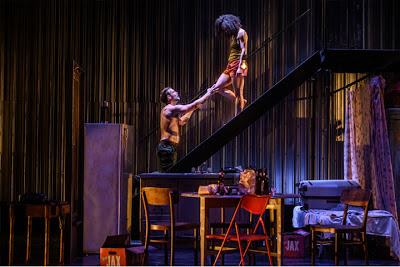