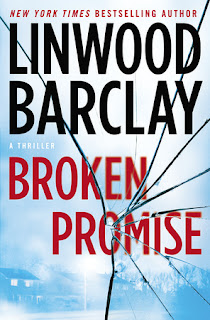 I've wanted to read a Linwood Barclay novel for some time and finally, I got around to it with Broken Promise.

After his wife’s death and the collapse of his newspaper, David Harwood has no choice but to uproot his nine-year-old son and move back into his childhood home in Promise Falls, New York. David believes his life is in free fall, and he can’t find a way to stop his descent.

Then he comes across a family secret of epic proportions. A year after a devastating miscarriage, David’s cousin Marla has continued to struggle. But when David’s mother asks him to check on her, he’s horrified to discover that she’s been secretly raising a child who is not her own—a baby she claims was a gift from an “angel” left on her porch.

When the baby’s real mother is found murdered, David can’t help wanting to piece together what happened—even if it means proving his own cousin’s guilt. But as he uncovers each piece of evidence, David realizes that Marla’s mysterious child is just the tip of the iceberg.

Other strange things are happening. Animals are found ritually slaughtered. An ominous abandoned Ferris wheel seems to stand as a warning that something dark has infected Promise Falls. And someone has decided that the entire town must pay for the sins of its past…in blood.

I just became a Linwood fan! The story has many fast moving parts which kept me interested throughout. I enjoy stories about reluctant heroes and David Harwood is one. He's a down and out, struggling person drawn into something, which at the start, I felt he'd rather not be involved in. With so much on his plate, it was interesting to see how he balanced proving his cousin's innocence, with everything else in his life, such as being a single parent, trying to find a job and having to deal with living with his parent. 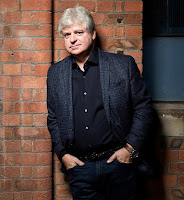 Linwood Barclay, a New York Times bestselling author and with nearly twenty novels to his credit, spent three decades in newspapers before turning full time to writing thrillers. His books have been translated into more than two dozen language, sold millions of copies, and he counts Stephen King among his fans. Many of his books have been optioned for film and TV, a series has been made in France, and he wrote the screenplay for the film based on his novel Never Saw it Coming. Born in the US, his parents moved to Canada just as he was turning four, and he’s lived there ever since. He lives near Toronto with his wife, Neetha. They have two grown children. 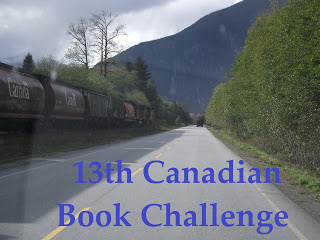 Two more to read in the trilogy!