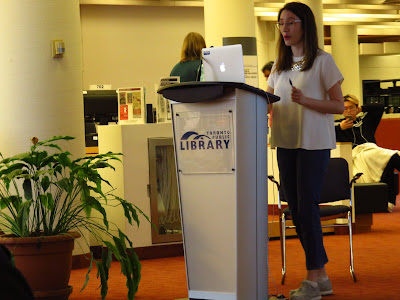 This afternoon I went to the Toronto Reference Library to hear a talk given by Katie Daubs, a Feature Writer for the Toronto Star called On Researching Feature Articles.

Katie Daubs, a Toronto Star features reporter, will talk about how she researches and writes stories about Toronto's history, using both online and offline primary source material and other resources.

Examples of some of her articles:

She used a story she wrote for the Star in 2015, Beatrice White, the girl who killed half a million flies for Toronto, as the example of how she researched the article. I gained some useful information on her research techniques but was really fascinated by the story itself. I found it in the Star Archives and it's a fun and interesting read.

In short, the city of Toronto in 1912 was a cesspool of muddy water, garbage and animal manure. Flies were everywhere and spreading disease, especially in the city slums, which ran from the new Toronto City Hall up to College and over to Bay and simply known as 'The Ward'. The city needed a way to get ride of the flies so they ran a contest for the kids. $200 of prize money was available, $50 to the winner. Beatrice White, 14 and pictured below with her traps, won first prize by a landslide with 543,360 flies caught. The runner-up had less than half of that, 234,400.

It was a great hour. I learned and was entertained at the same time. 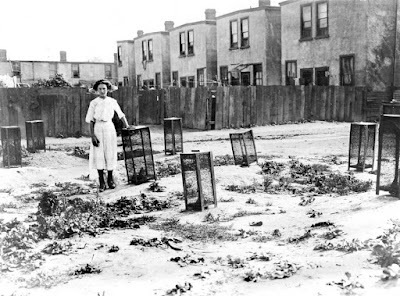