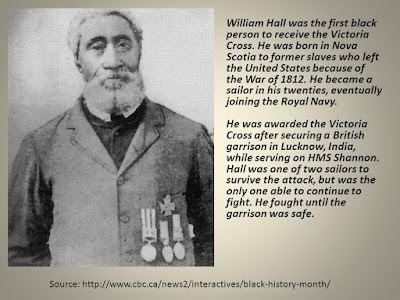 Today in 1857, former slave William Hall was awarded the Victoria Cross for bravery for his actions during the Relief of Lucknow, India during an attempt by mutineers to overthrow British Rule. His ship, The HMS Shannon, despite the destruction on board, fired it's cannon until the only one remained, that of William Hall and Lieutenant Thomas Young.

Young was badly injured, but he and Hall continued working the gun, firing, reloading, and firing again until they finally triggered the charge that opened the walls. “I remember,” Hall is quoted as saying, “that after each round we ran our gun forward, until at last my gun’s crew were actually in danger of being hurt by splinters of brick and stone torn by the round shot from the walls we were bombarding.”

Captain Peel recommended William Hall and Thomas Young for the Victoria Cross, in recognition of their “gallant conduct at a twenty-four-pounder gun... at Lucknow on the 16th November 1857”. 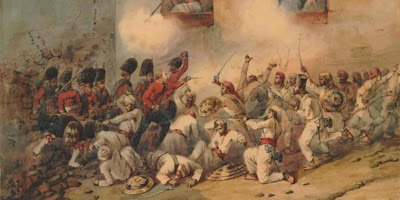 His Victoria Cross was the first one ever awarded to a black man, a sailor and a Nova Scotian. He was the third Canadian to be awarded the honour. 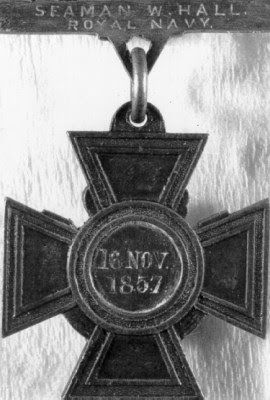