Book Review - Calvary of the Air 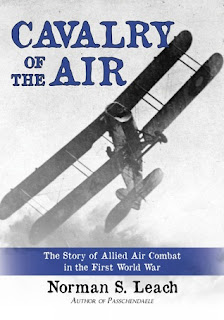 There is something romantic, frightening and daring about the men who flew in air combat during the first world war. That's why Calvary of the Air by Norman S. Leach of Calgary appealed to me so much.

In the clinging mud and trench warfare of WWI, it was soon clear that the cavalry — the elite of the elite — would be of little use.

The dashing men and officers of the cavalry searched for a way to be front and center in the conflict, and found it in the new air forces being established on both sides of the Western Front. Soon lances and sabres were replaced by silk scarves and machine guns. Combat on horseback was replaced by dogfights in the air — one-on-one and in great flying formations — always between warriors. No technology changed more in the five years of the war, and none would have a bigger impact.

From Great Britain to Canada to Australia and New Zealand, new heroes took the honour and dash of the cavalry to the air in flying machines — which would change the face of war forever.

I thought the book is well thought out and put together. The first chapter is on the Allied Aces including Canadians Billy Bishop and Raymond Collishaw who were two of the top ten pilots in air combat victories. Donald MacLaren, Billy Barker and Wop May's stories were also covered.

The second chapter features the German aces of the day including, of course, the famous Red Baron, Manfred von Richthofen.

No pilot can fly without a plane and the third chapter is all about those great old flying machines. Some looked so rickety that they didn't look road worthy, let alone being able to fly in combat.

The book goes on to tell the stories of some of the more famous dogfights and what happened to the surviving pilots after the war. 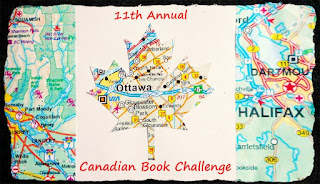