Rock Lose a Close One 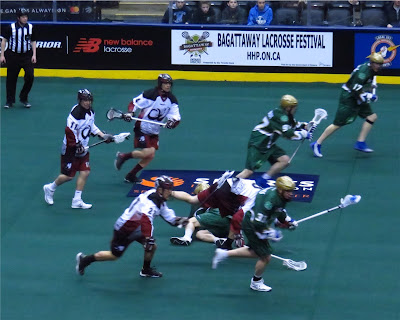 Tonight the Toronto Rock too on the Colorado Mammoth. The Rock came into the game just one game out of first and needed a victory to put the pressure on the division leading Georgia Swarm.

Being March 17, it was St. Patrick's day at the ACC. The team wore green, the scoreboard was green, even Iggy was green. There also was a marching pipe and drum band. 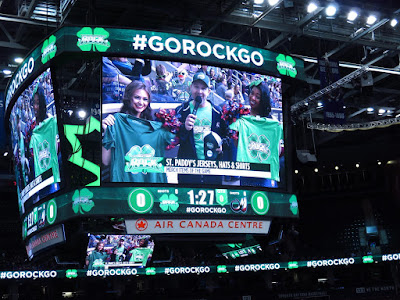 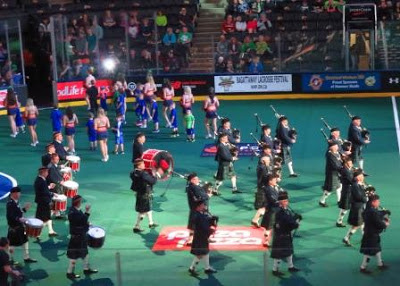 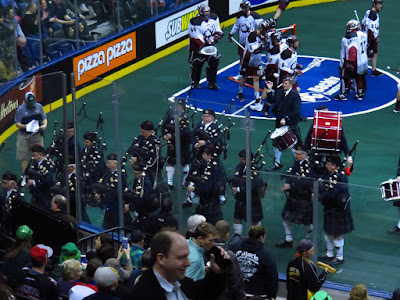 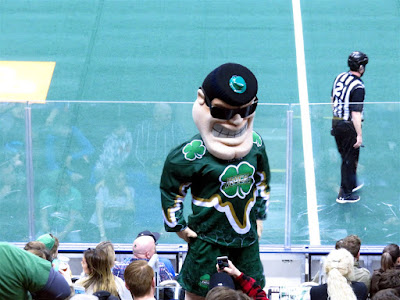 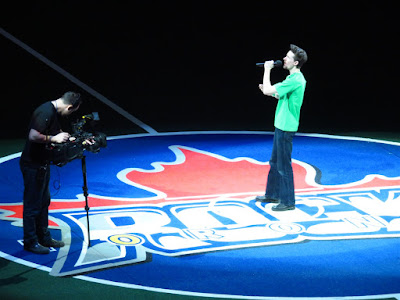 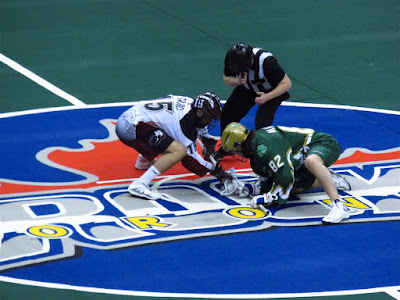 First goal of the game but it was a Mammoth goal. 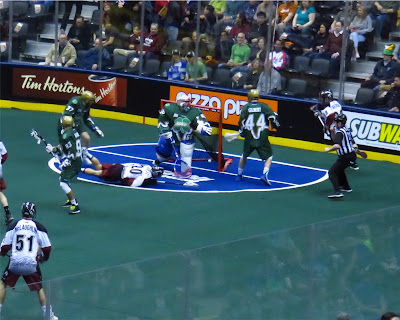 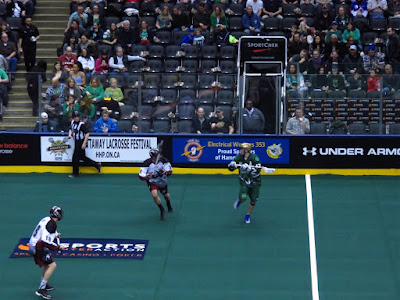 Toronto Rock Tied it up 2-2 in the first. 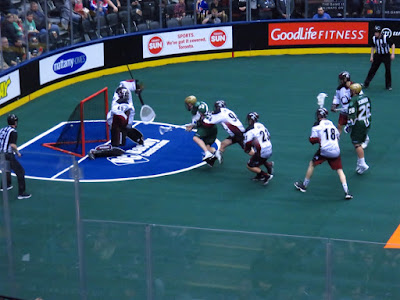 The red headed guys sit directly across from us. They have been there in the five years we have been going. 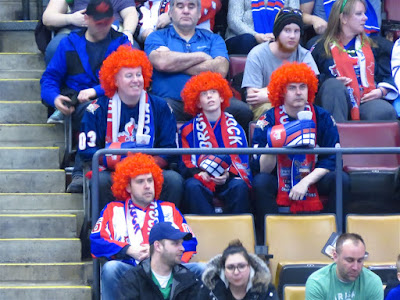 The Toronto Rock Cheerleaders put on their usual great performance. 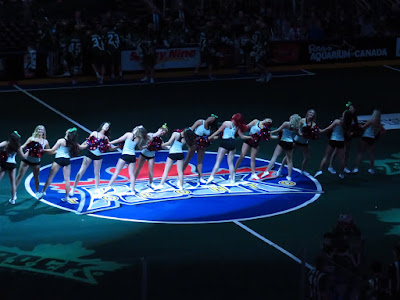 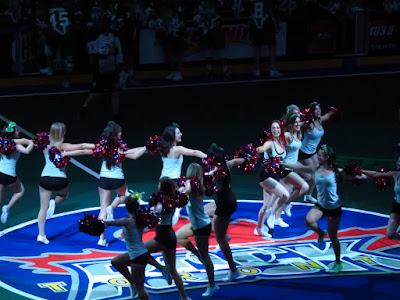 Action around the Colorado net. 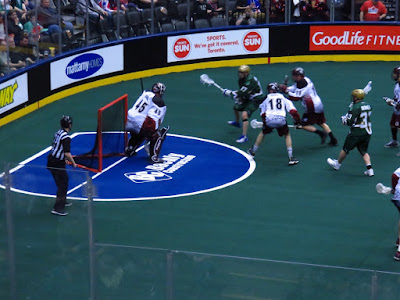 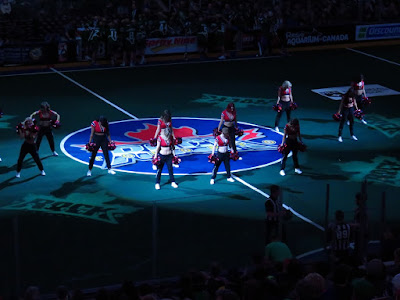 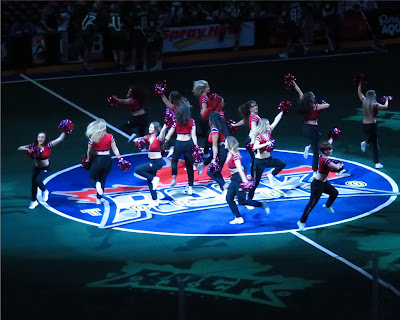 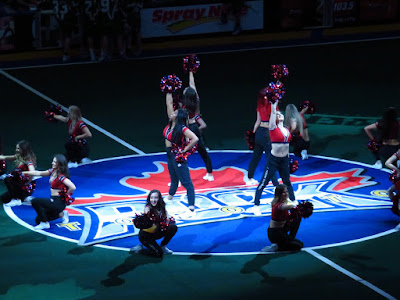 During the entire game, the Rock never lead. Going into the last minute down 13-11, they pulled their goalie which ended up, after Colorado hit two goalposts, with a Mammoth empty net goal, handing the Rock a 14-11 loss.

As usual, the Toronto Rock circled the arena to thank the fans. 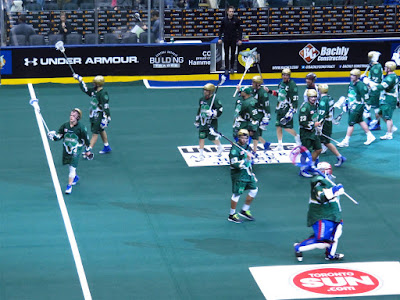 Next Saturday night the Rock take on the Vancouver Stealth at the ACC. It's a big game in our run for the playoffs and yes, we will be there!
Posted by Swordsman at 22:15