Beer of the Week - Three Beers from Lake Wilcox Brewing 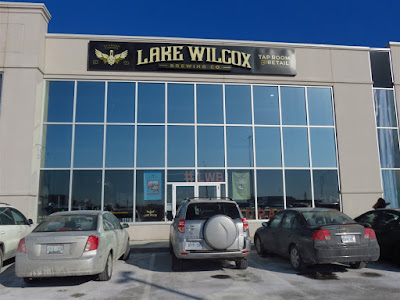 On Thursday, Teena was coming home from a client meeting in Vaughan and saw a sign for a brewery that I haven't tasted a beer from before, Lake Wilcox Brewing. She stopped in, took some pictures and came home to surprised me with eight of their beers to try.

It was a coincidence that the day after Teena stopped in was the brewery's second anniversary.

The brewery was started by David De Ciantis and Ray Nicolini from Richmond Hill and is named after a beautiful little lake located just outside of Oak Ridges, that I used to take my son, Ken, to when he was young. 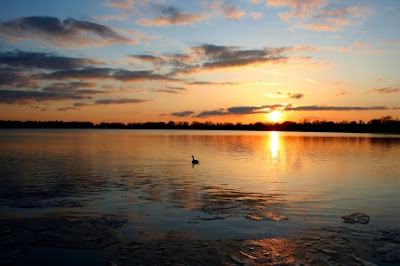 Teena said they had a very nice looking tasting room, one that I would like to visit some time. Here are a couple of her pictures of the inside. 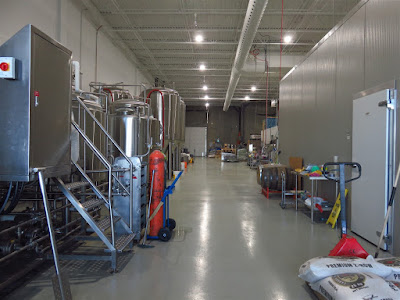 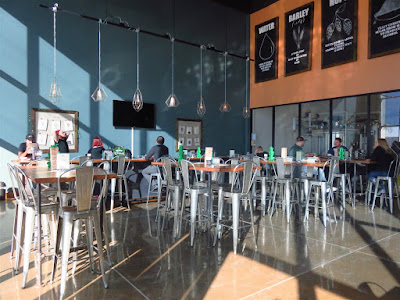 And their beer? Here are my three favorites although I have not yet tried the Triple. 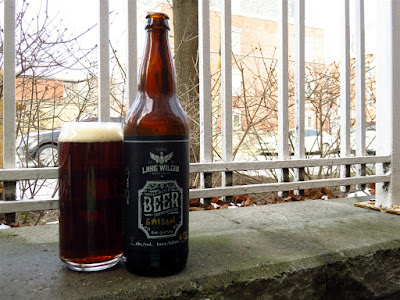 I love saisons so I thought this would be a great place to start.

It pours a deep amber colour with a reddish/orange tinge, much darker than many saisons I have tried, with an off-white head. Nice lacings are left behind when I sip. This has that nice saison aroma from the yeast which I enjoy so much.

This saison is a very flavourful ale! There is a touch of tartness in it but one that's not overpowering. I can taste just a touch of spice and just a little bitterness in the finish. This is one that I would like to get again. 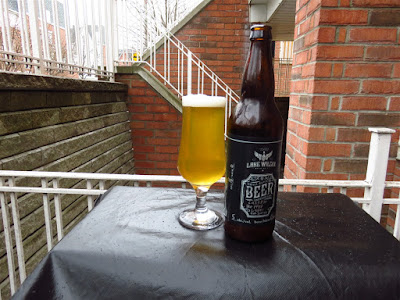 The Calypso is golden in colour with a white head. I always feel there is a grassy aroma to lagers and while the hops are noticeable in this one when I take a whiff, that bit of grassyness is still there. That is not a bad thing.

This is a crisp tasting lager with much more taste to it than regular big brewery lagers. I would consider this a European Pilsner style lager. There is a nice hop bite to start, that continues through to the finish. This would be fabulous on a hot summer afternoon. 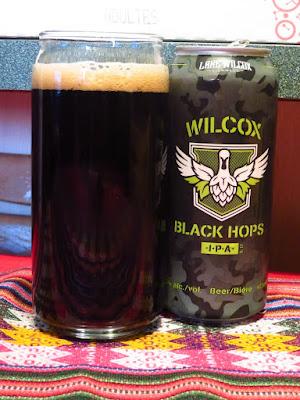 The black hops pours the way its name indicates, black and with a brownish head. Chocolate and a bit of hops are in the aroma. One again, nice lacings are left behind along the inside of the glass.

My first sip has very pronounced coco tones in it which disappear in the middle and are replaced by a nice hop bite in the finish. It's a very well-crafted ale. I'm not sure if I would consider this a black IPA or a porter, but I do know it is one I would like to have again.

The brewery is located just south of Vaughn Mills Mall, which we pass on occasion during our travels and is a place I would like to stop into myself some time.
Posted by Swordsman at 19:59