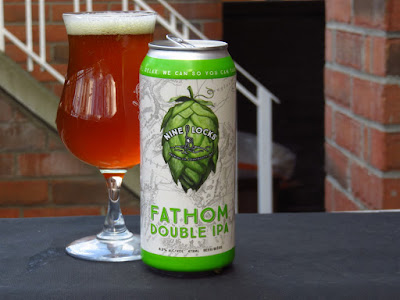 Last June Teena was in Haliax and brought me home an ESB and an IPA from Nine Locks Brewing. Of course, I featured them as my Beer of the Week. They were delicious. This past weekend Teena was back in Halifax and brought me back a four pack of Fathom Double IPA from that very same brewery. I feel like now I've had a matching set!

The name Nine Locks Brewing Co. is named for the nine locks of the historic Shubenacadie Canal, which was completed in 1856, and built to transport agriculture, timber and coal between Halifax and the Annapolis Valley.

And the Double IPA?

The moment I cracked the top, hopes filled the air. They were a little citrusy but not overpowering with citrus. The aroma did fill the air and I was outside. It pours amber in colour with a white head. Lots of lacings are left behind as I sip.

I really enjoy the hop bite this IPA provides. It's not overpowering, not too citrusy but that great hop bite is there for sure and quite wonderful to taste.

If I could get this on Ontario, I surely would but as I can't.  I can only enjoy the four, whoops, make it three that I have left. 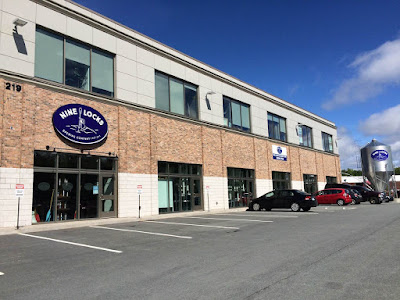