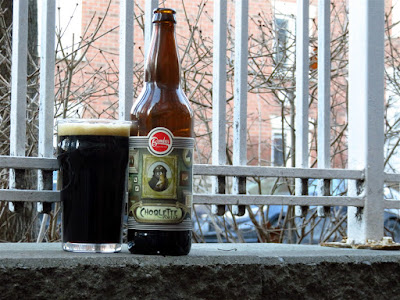 February features Valentines Day and in my Canada Craft Club package was a Bomber Brewing Choqlette Porter. Everyone knows that Valentines Day and chocolate go together. Yes, I know it's now March but I didn't get to it right away.

Bomber Brewing opened its doors in Vancouver in February 2014 by three friends who all played hockey together, COO Don Farion, Creative Director Cam Andrews, and Head Brewer Blair Calibaba. They have a tasting room that is open seven days a week and a place I would like to visit should I ever get back to Vancouver.

Animal lovers, especially dog people, will adore the art on the label. Perfect for Valentines Day 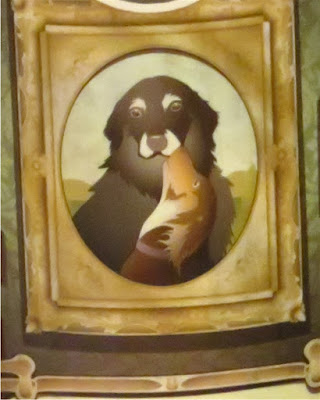 The Choqlette Porter was made with three (yes, three!) additions of chocolate in the brewing process. Dutch chocolate powder was added to the mash, then it was dry hopped with cocao nibs then four more kinds of nibs were added to the conditioning tank.

The porter pours very black with a slightly brownish head. There is lots of chocolate in the aroma. It is more creamy than a porter usually is. On my first sip, the chocolate comes through right away, followed by just a little coffee, then more chocolate  brings me to the finish, which has a delightful and surprising hop bite.

It's a very enjoyable porter and one that I would not hesitate to have again.