It's a busy week for me this week. I have tickets for three events at Toronto's International Festival of Authors (IFOA) and a friend's book launch to attend. Tonight I attended a reading and round table on Interpreting the Past.

Catherine Graham, the author of Her Red Hair Rises with the Wings of Insects, Winterkill, The Red Element, Pupa and The Watch,  hosted the event. 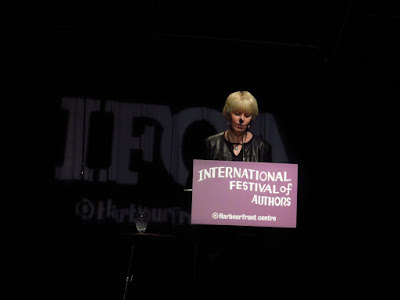 Adam Hochschild read from his newest work, Spain in our Hearts,  a sweeping history of the Spanish Civil War, told through a dozen characters, including Ernest Hemingway and George Orwell: a tale of idealism, heartbreaking suffering, and a noble cause that failed. 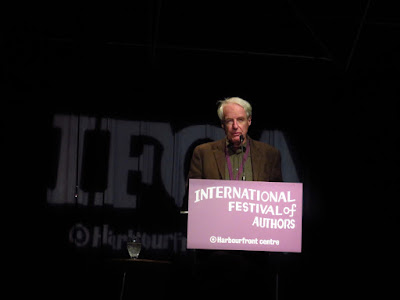 Guy Gavriel Kay read from his book, Children of Earth and Sky, which evokes a world inspired by the conflicts and dramas of Renaissance Europe. Against this tumultuous backdrop the lives of men and women unfold on the borderlands--where empires and faiths collide. 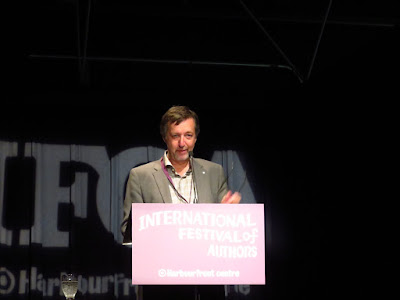 Lola Lafon read from The Little Communist Who Never Smiled, this fictionalized account of the life of Nadia Comaneci, a child of communist Romania and an Olympic gymnast who inspired young girls around the globe, shows how a single athletic event mesmerizes the world and reverberates across nations. 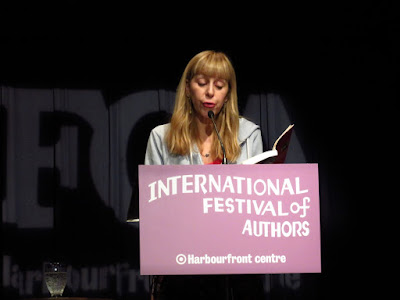 The final author was a poet, Daniel Scott Tysdal, who read two poems from his work Fauxccasional Poems, who imagines himself into poetic voices not his own, writing to commemorate events that never occurred, for the posterity of alternative universes. 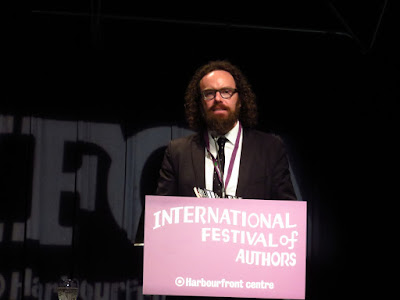 Afterwards was a round table discussion of writing about history from each perspective which was moderated by Hugh Brewster. 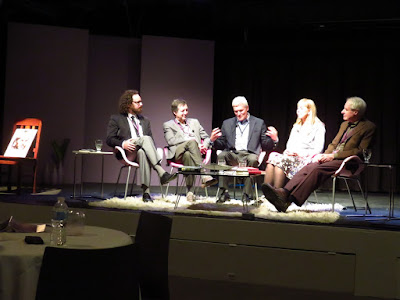 Oh, that empty chair to the left with the photo? Pen Canada keeps an empty chair to each event representing a writer imprisoned for their views. This is Azimjon Askarov of Kyrgyzstani, a writer and political activist who has been in jail since 2010 for his writings on human rights issues within his country. 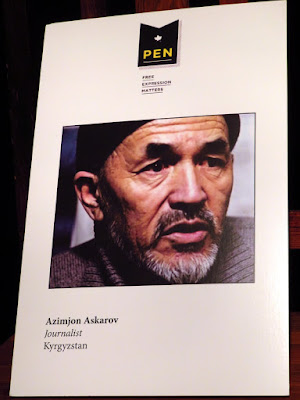 It was a very interesting night. I'm looking forward to tomorrows night;s readings and round table.
Posted by Swordsman at 22:47