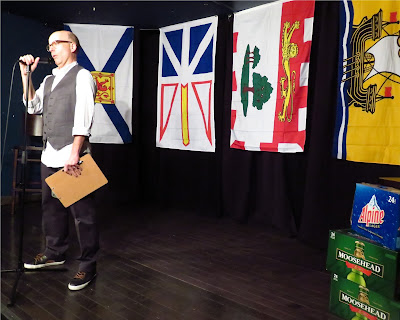 Last year Teena and I went to the second annual East Coast Comedy night. It was so good we had to attend the third one this year.

Marcel St. Pierre (above) was not only the host but the one who puts these shows together.

It was a great night and I came away with many great lines running through my head.

Meg Mackay was the first comic and started off the night on a great note. 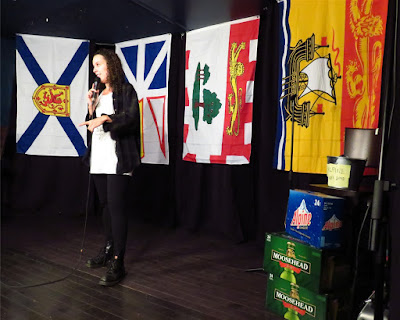 Here is Dave Healey. Not only comedy but song! 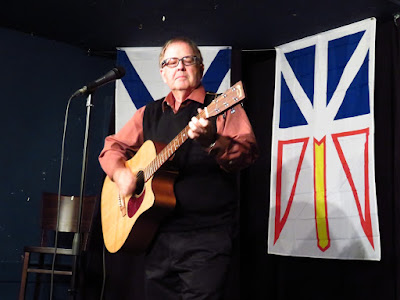 Darryl Purvis was up next. He is from Antigonish where Teena lived for many years and was quite funny. 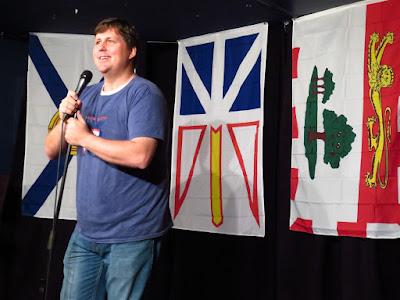 The Greyhound Riders were the musical break. A guitar, a fiddle and an east coast sound. I really enjoyed them. 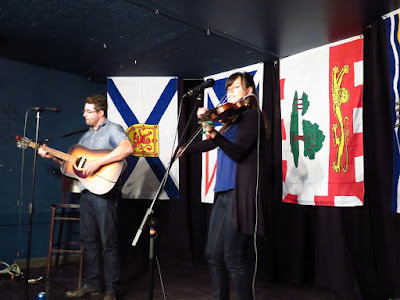 Colin Hollett from Burin, Newfoundland, opened the second half of the show. 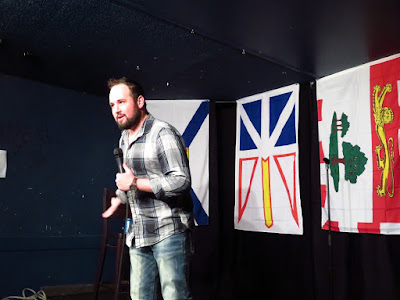 The door prize ... a bag of chips from New Brunswick. Hope they were better than last year.  Last year's were  lobster chips which were awful. 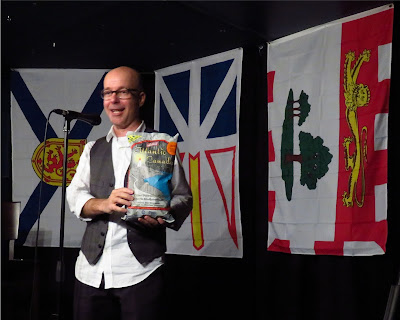 Ashley Seaman was up next. 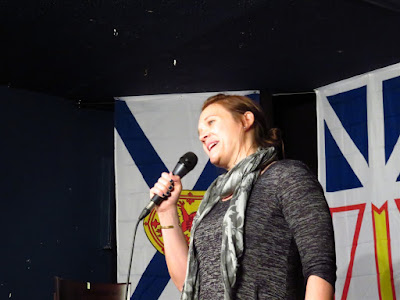 The closer was Peter Anthony. He was hilarious last year and again this year. 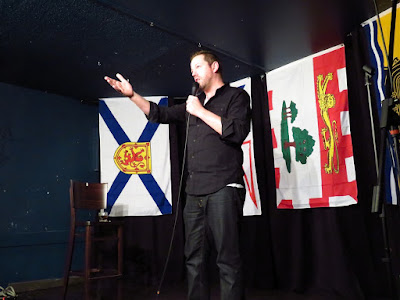 It was another great night and we'll be back again fro number 4!
Posted by Swordsman at 22:00

Labels: Comedy Shows, Things to do in Toronto