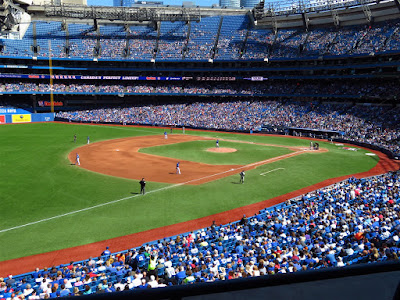 It was a beautiful day for baseball this afternoon for the Toronto Blue Jays - Tampa Bay Rays game. Since September started, the Jays have played eleven games going into today's game but have only won three. Jays fans were hoping to be able to turn that around today. 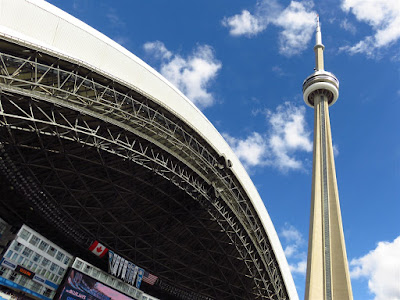 Marco Estrada was on the mound for the Jays and struck out the first five batters he faced. In fact, he didn't give up a hit for the first three innings. 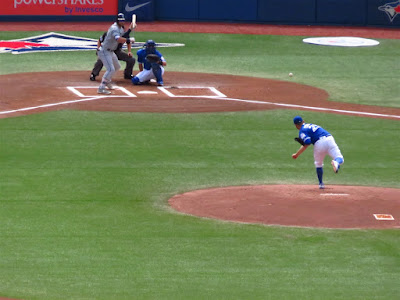 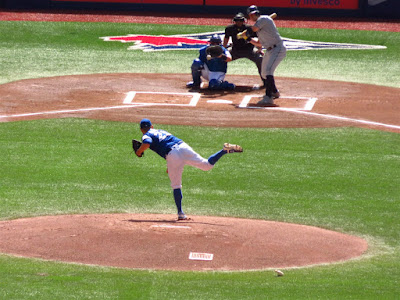 The Jays started off the first inning in an excellent manner. Travis stroked a double, Saunders bunted him over to third and Encarnacion brought him in with a long sacrifice fly ball. Textbook small ball. 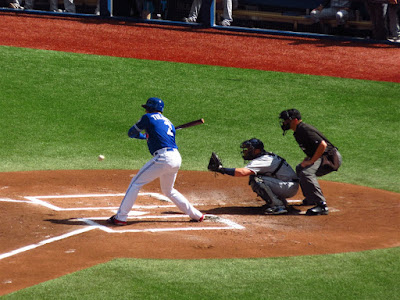 Encarnacion fouls one off. 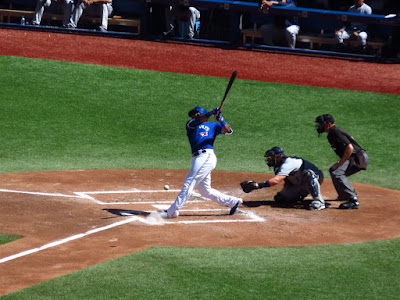 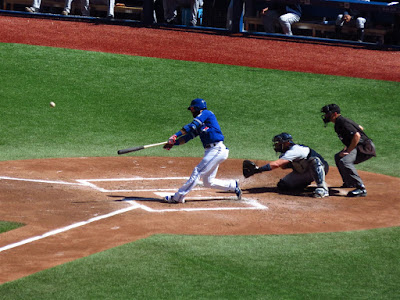 That was one of the Jays' problems today. Only two hits all game.

In the fourth, Carrera runs out of room chasing down a Kevin Kiermaier two run homer. The Rays added another run in the inning. 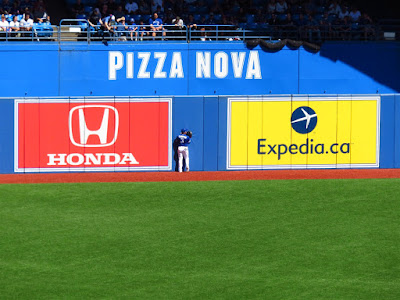 Carrera runs down a fly out. 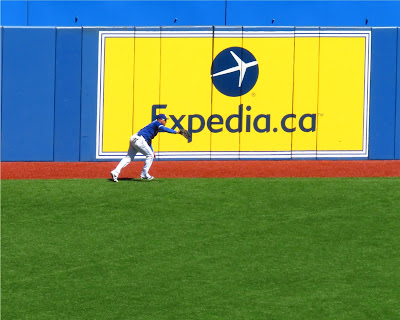 Devin Travis scoops up a hot ground ball for an out. 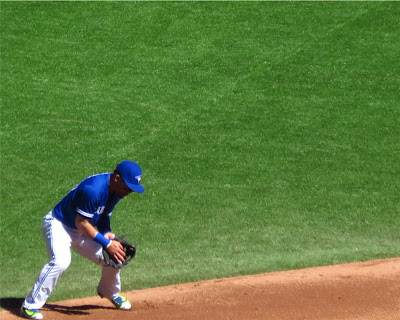 Matt Dermody came in to pitch in the sixth inning. This is his second pitch. I like the way I caught the ball just leaving his hand. The problem is that after it left Dickerson's bat, it went for a two run homer. 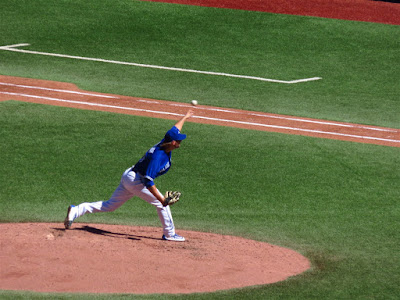 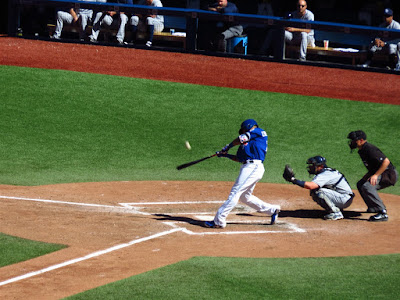 Another great day for attendance, although many left when Tampa ran the score up to 8-1 in the ninth. 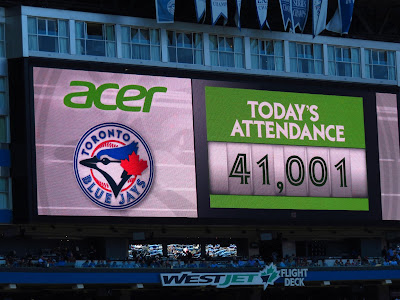 A bad day at the ball park beats a good day a work any day! 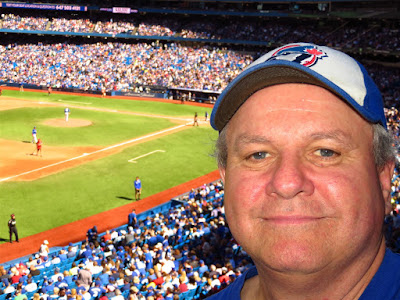 Tulowitxki hauls in a pop up. 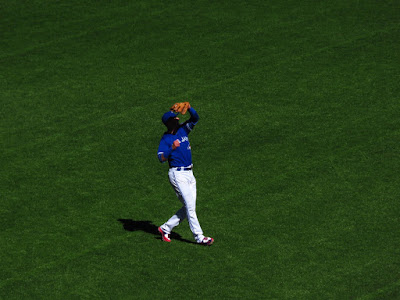 Saunders chases down a fly ball. 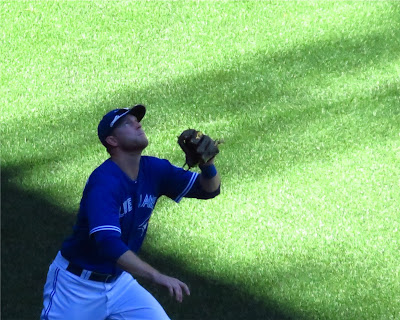 This would have been a great pot to leave with! 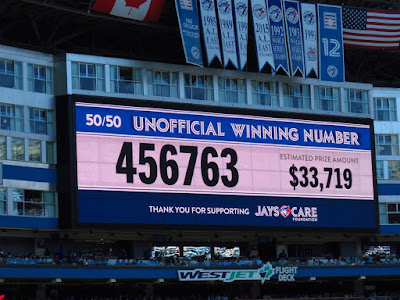 Alas, it didn't come home with me. 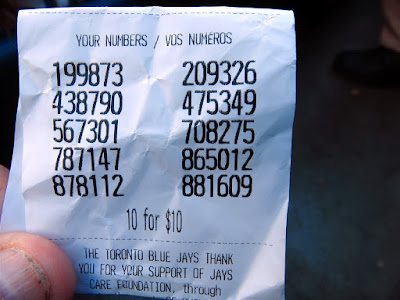 Depending on tonight's Boston/Baltimore game, the Jays could be two or three games out of first. They still would have a grasp on the wild card game. The Jays really need to get it together and go on a winning streak of some sort to have a chance at first in the American League East.