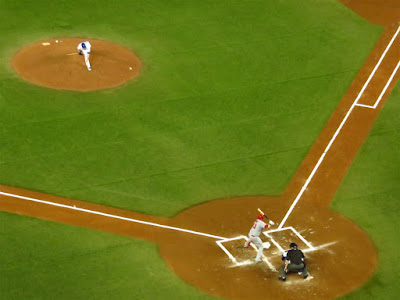 Tonight Teena and I managed to score a couple of 500 level tickets for the Blue Jays/ Angels game at the Rogers Centre. Toronto came into the game tied for first with Boston and a game up on Baltimore. J.A. Happ was on the mound for the Jays coming in with an amazing 17-3 win loss record.

The stadium was full and it was raining so the roof was closed. So many people criticise the Rogers Centre. I like it. We came up with the retractable roof idea which means we can play on a rainy night like this. 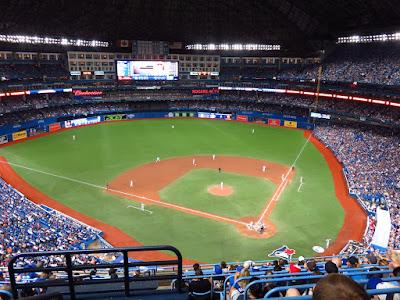 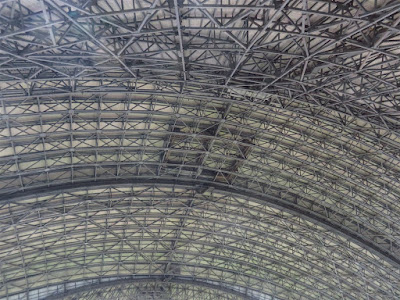 Her come a pitch to Kevin Pillar. 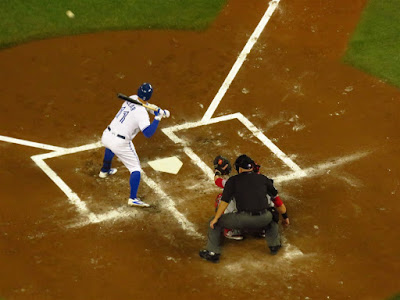 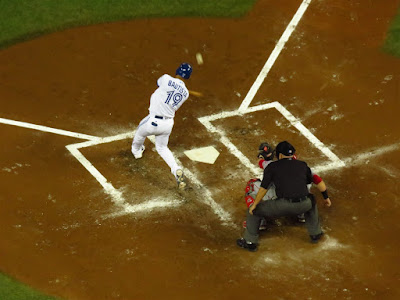 The Jays were up 2-0 at the end of the 5th inning, but then the sky fell. Here are a couple of swing and misses by Donaldson and Martin. 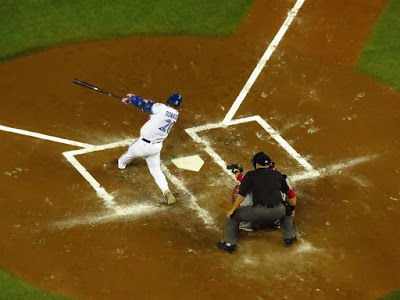 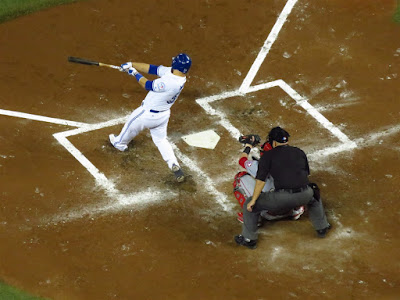 The Angles scored 4 runs in the sixth and another 2 in the seventh inning to take a 6-2 lead that the Jays never recovered from.

Pennants from past glory. Looking to add another at the end of this year ... a World Series Pennant! 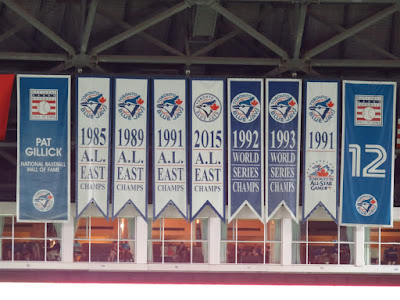 Happ took a line drive off his leg. Everybody was concerned. 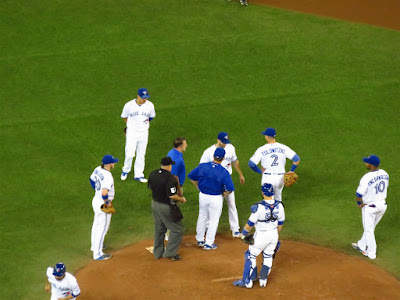 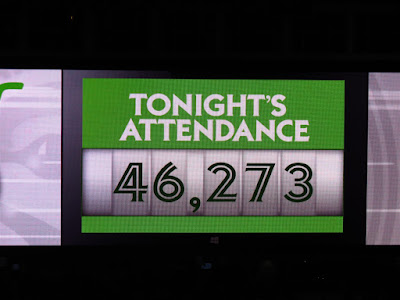 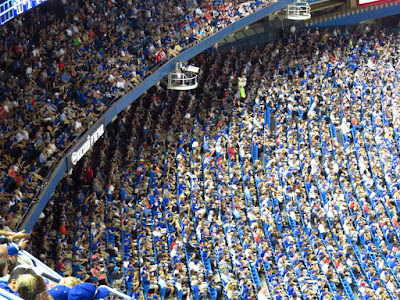 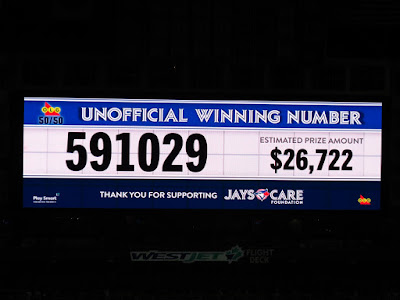 In the end we lost 6-3 with Happ taking the loss. Fortunately Boston and Baltimore also lost, so we are still in a tie for first with Boston and a game up on Baltimore. It's going to be a fun pennant race in September! 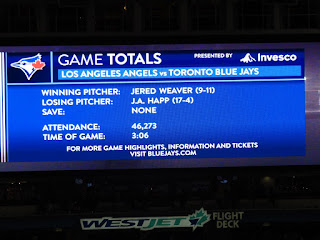