Beer of the Week - The Beers of Bandit Brewery Brewpub 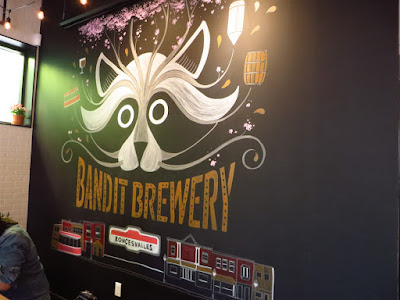 Teena and I had heard of a new brewpub opening up in the Roncesvalles/Dundas area, Bandit Brewery. It just opened a month ago and we had to give it a try. When we walked up to it, I knew I would love it! 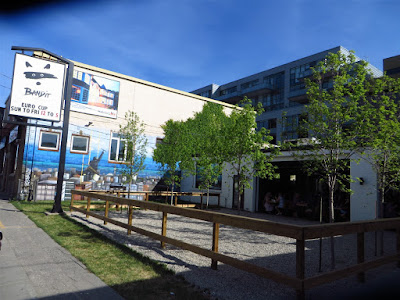 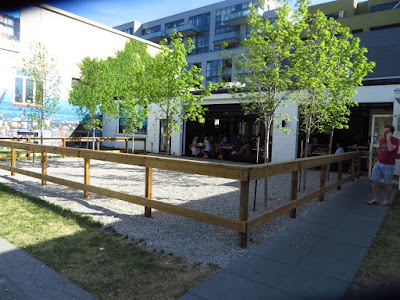 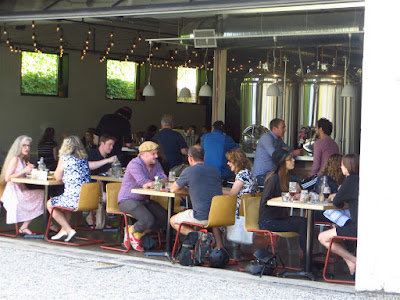 Our table was beside the brew area. I liked the fact that there was no glass barrier. The area was spotless too. 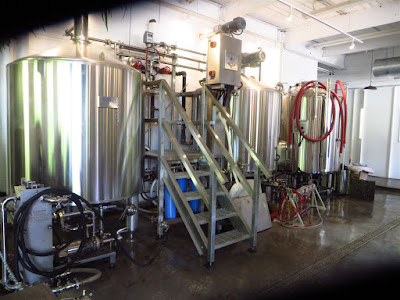 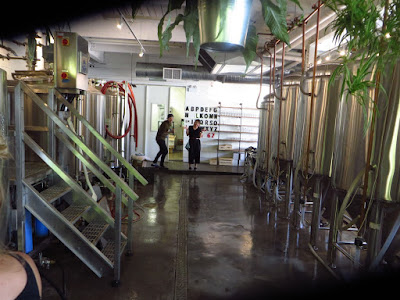 This board was at the far end of the brew area. It would be interesting to know what it means ... or are they just messing with our heads? 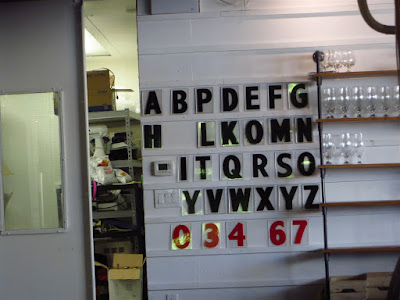 The windows on the east side looked out onto the wall of another building, but it's covered in ivy so just adds to the ambiance. 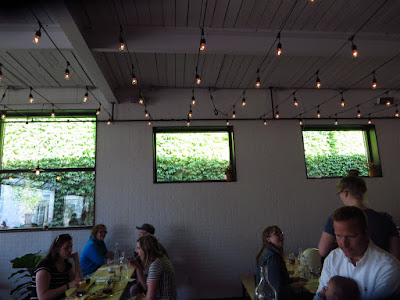 I love saisons so the first beer I went for was their Farmed and Dangerous. 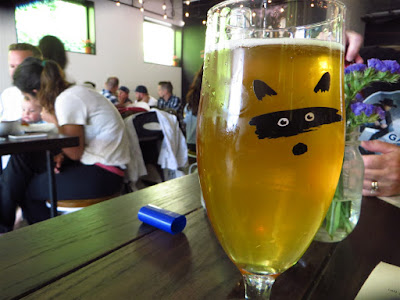 It is golden in colour with a white head. It's not at all a bitter beer but a sour one. The sourness starts right away and follows straight through to the finish. There is some spice in the taste, which does not take over.

I really liked this and think it would be nicely refreshing on a hot afternoon.

Next up was Bandit's APA. 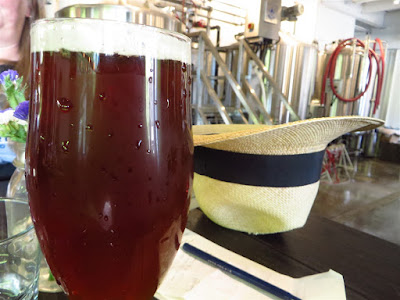 I have lots of notes on this one.

It came to the table with a brownish colour and an off white head.The head does endure as I had a hard time getting a picture of this due to sun glare coming from the outside. What I ended up was a picture I love an expresses me. A beer, a hat, and a brewery. All that is missing is Teena!

Back to the beer.

I wasn't expecting a dark beer here but an amber one. Surprisingly it smells fruity . Again not what I expected.

It starts with a surprising bit of chocolate, which quickly gives way to a wonderful bitter citrus. The chocolate comes back to join the citrus in the finish. A wonderfully complex ale. If I took a sip too close to my last, it was bitter citrusy. If I lingered. all the complexity came back.

The bottle shop is opening in the next couple of months but if it was open tonight, I would be bringing some home with me.

More views of the open interior. I can't wait for the patio to open but sitting inside it is breezing and cool. 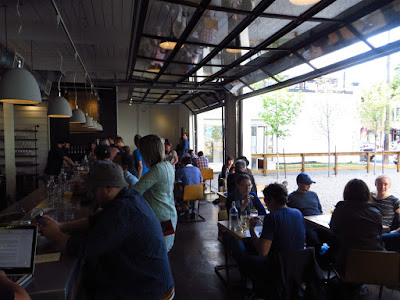 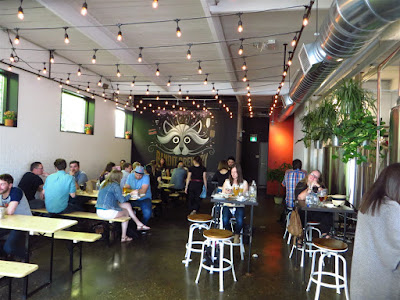 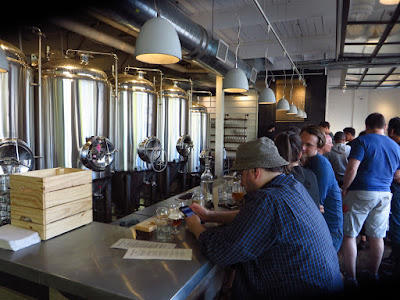 Eva was our hostess and was fabulous. She came back often to check on us and chat. Emily was our server and she was chatty, friendly and took excellent care of us. Just the kind of staff places desire.

My final beer on Emily's recommendation was the Cone Ranger. 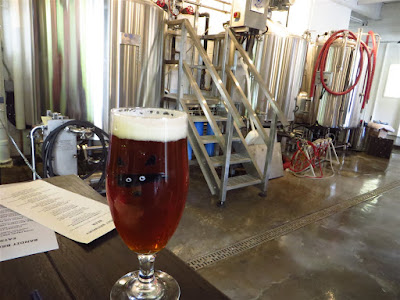 The Cone Ranger pours a copper colour with a white head. It starts with a little bitter citrus bite, which then builds in intensity right through the finish. This is a fabulous IPA, one that I would be bringing home from heir bottle shop when it opens.

I can see myself heading out here after work on a Friday afternoon to spend some time on the patio. I can also see myself bringing home some beer with me.

Teena and I had a great time. I am told that reviews are supposed to be balanced with the negatives. The staff was great! The beer was great! The ambiance was great! OK, here comes the complaint to balance.

It's not a five minute walk from home.