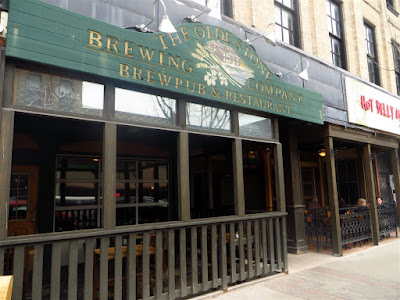 Today I was in Eldorado to help my mom move around some stuff and take her out to lunch for Mother's Day. On the way home, I detoured into Peterborough to try out a couple of beers from the Olde Stone Brewing Company, a brewpub in the heart of the city.

The brewpub was founded in 1996 but is kind of split into two different places. As you walk in the door, you can go left or right into separate places. The same, but different.

I went right as that side had more people in it. It turns out it is a New Orleans-style restaurant that serves the same beer called Hot Belly Mama's. Not only were there people in there eating but people were also coming in to pick up food. I enjoyed the feel of the place. 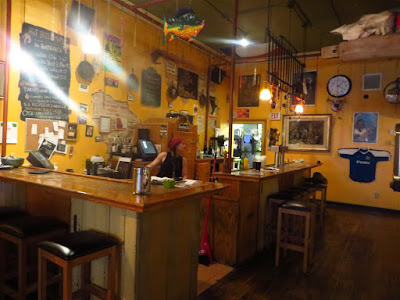 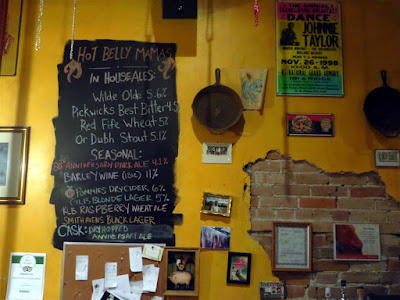 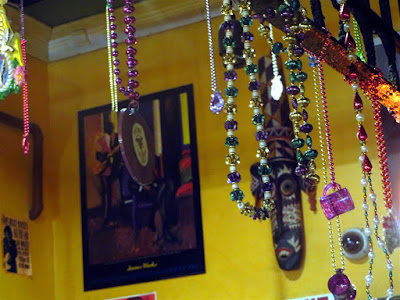 I had Cat Tails which were strips of Cajun fried catfish in their own dipping sauce. They were great.

The other side is more pub-like. Jane, who is pouring my beer here, and I had a nice discussion about what else ... beer. 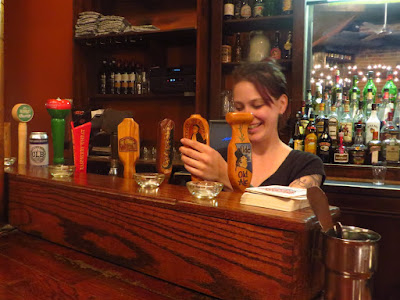 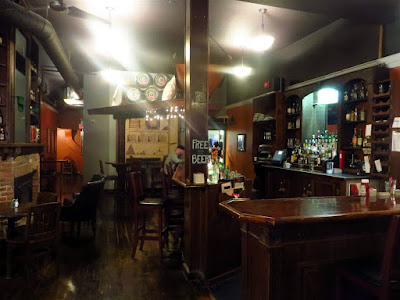 The Olde Stone brewery has been around since 1996 and this year is celebrating their 20th anniversary. You know they have to be doing something right as in 1996 craft beer and brewpubs were still in its infancy.

Before I ate, I started with their seasonal 20th Anniversary Dark Ale, which weighs in at 4.1% 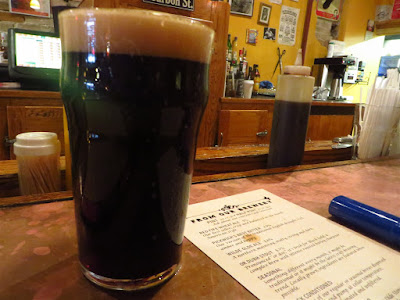 Excellent choice! It is dark but not quite black and, of course, there are lots of lacings left behind as I sip.

After eating my Cat Tails (yes I would get them again), I headed over to the other side. Since I was driving, I didn't want a full beer but went for a sampler of their Pickwick's Best Bitter. Jane told me it is their most popular beer in the pub. 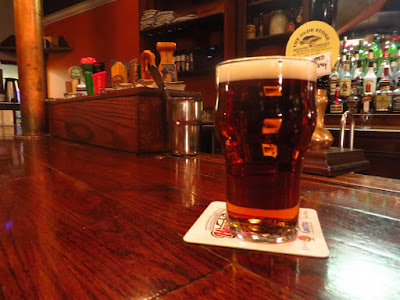 After the bite of the Anniversary Ale and the spicy catfish, the Pickwick's really held its own. I should have had a glass of water to refresh my mouth but didn't but really enjoyed this bitter. They really do it well and I love English bitters. It starts a little malty and finishes with a nice bitterness. Not a lot of hop bite but enough.

Next time I'm there (yes, there will be a next time), I want to start with this to see how it is on its own.

Teena and I have talked about going to Peterborough for a weekend. I would love to take her here. I think she would love the atmosphere and the food.

The brewery itself was closed for the night. I gather they only brew enough for this establishment. Too bad as I would have love to have brought some beer home.