Dolphins vs the Bills at The Ralph 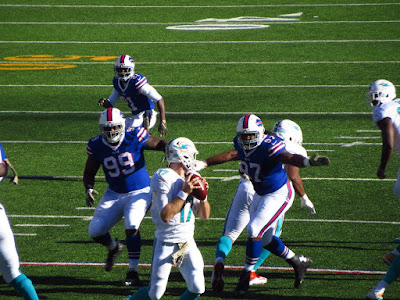 Today a bunch of us went to see the Buffalo Bills take on the Miami Dolphins at Ralph Wilson Stadium. Both teams came into the game with 3 wins and 4 losses each. The Bills needed a win to keep their playoff hopes alive. 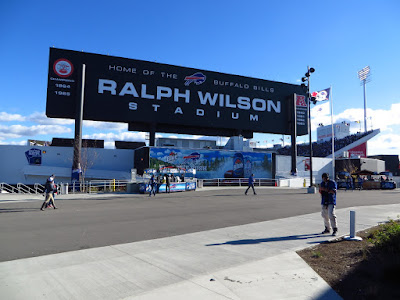 We went with Elite Sports Tours who threw a terrific tailgate party beforehand. It was crowded getting into the game with everyone having to go through metal detectors. I found it interesting that bags, purses, cigarettes and lighters were banned from the stadium. 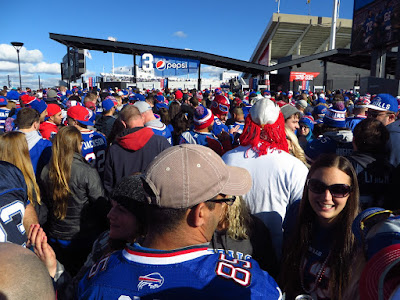 It was a perfect day for football. It was bright and a little cool. Our seats were in the end zone but higher up so we had no problem seeing the game. 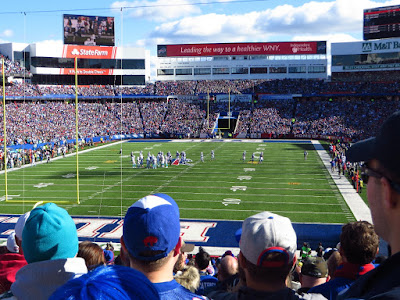 The game was a sellout. 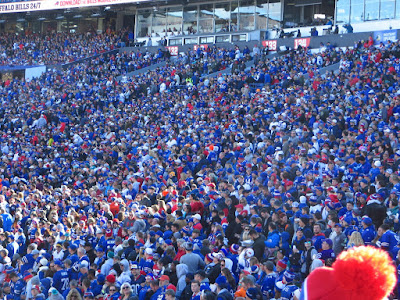 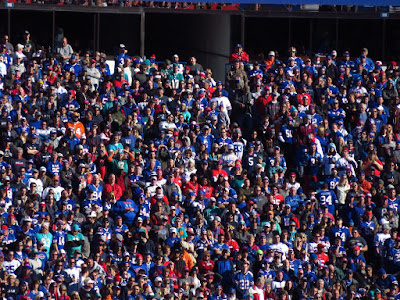 Williams and another Bills tackler take down Miami running back Miller for no gain on the
play. 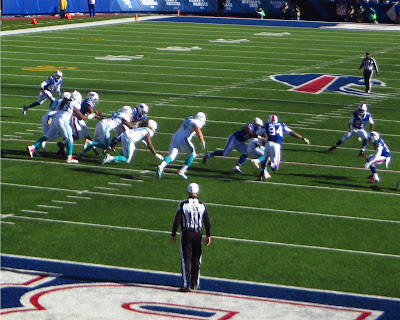 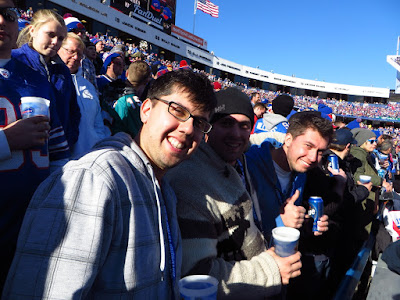 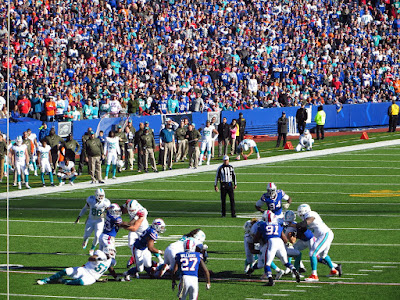 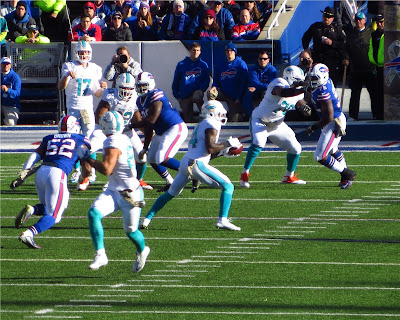 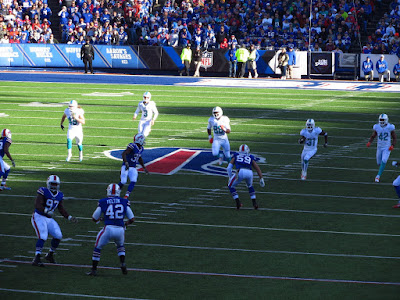 Buffalo played a great game on offense and defense taking the game 33 - 17 and were never behind.  It a fun game to be at. I'm already looking forward to next year's road trip to the Ralph.
Posted by Swordsman at 17:00