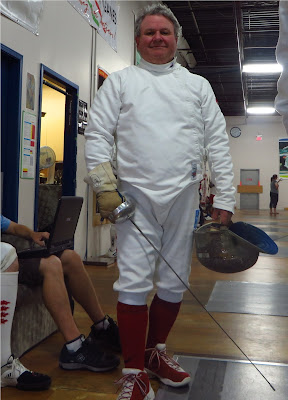 This afternoon I fenced in two Veteran events in the Toronto Open Fencing Tournament put on by the Toronto Fencing Club, epee and my favorite weapon, sabre. 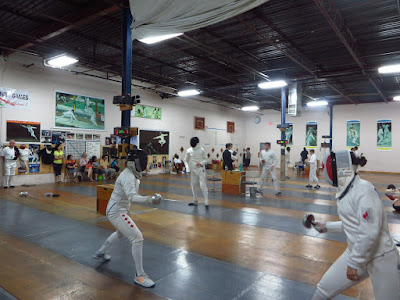 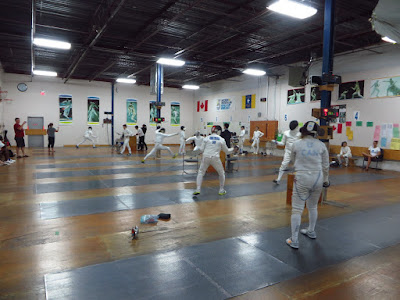 I have only recently took up epee and I really wasn't expecting to do very well against these experienced fencers and I was right. In the pools, I went 0-9 but was only shut out twice and lost mostly by a 5-2 score. In one match, I was winning 3-2 but lost 5-3. In the elimination round, I lost 10-2 to Mark, who has been been fencing epee for years. When all was said and done, I ended up in 10th out of 10 fencers.

The woman's epee event was before ours. I love this mask! 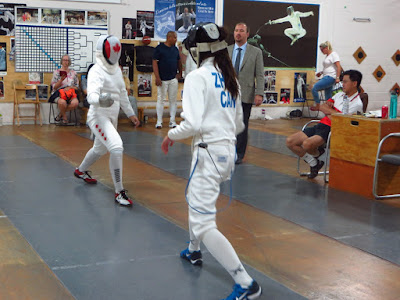 The judge can't even figure out what is happening here! 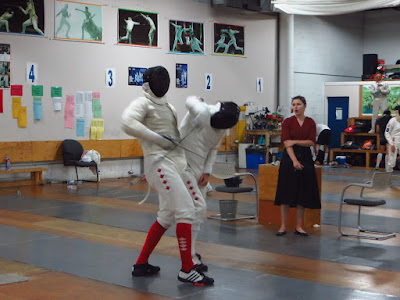 The right arm is a main target in Epee. Mine took a beating. The blue colour is quite surprising. It's almost Blue Jays blue! Those are sabre hits below it. 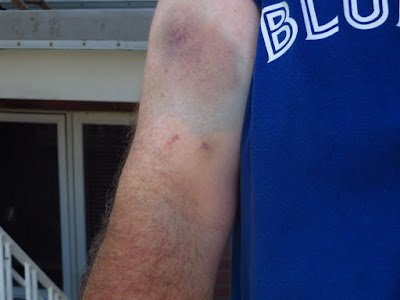 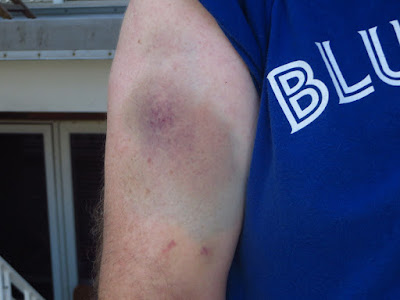 So how does one pass time between tournaments when they get up early to fence in three of them? Mark naps. 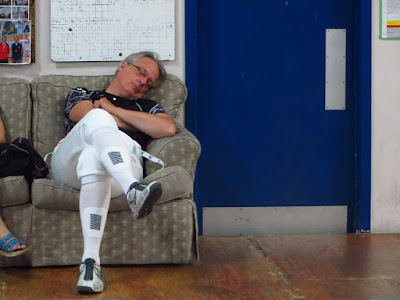 Then it was time for sabre. Again I didn't fence much this summer and it showed. My game came on at the end, though, and I defeated Bill in my first elimination. I have only ever beaten him once before and have lost three elimination matches to him. That win felt good, especially after I had a 5-0 lead on him in our last elimination match in Kitchener and he came back to win 10-9.

The gold medal match was between Kyle, currently ranked number one in Canada, on the left and Paul on the right, coming back from a fifteen year absence from the sport. 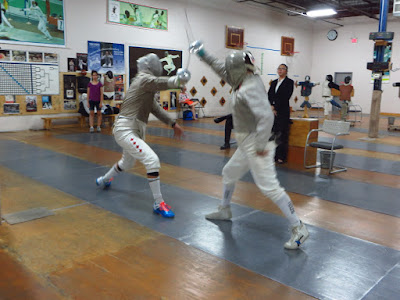 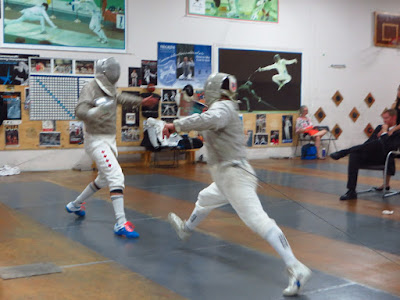 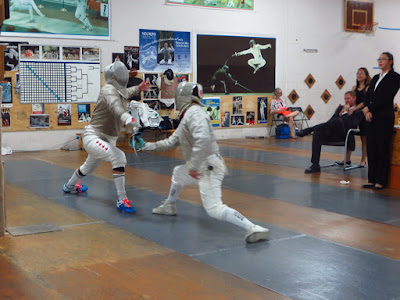 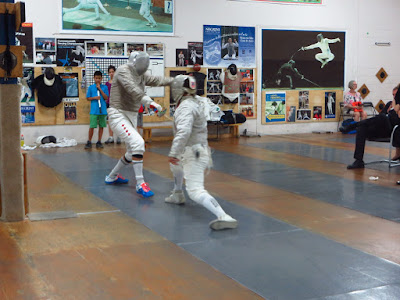 It was a fun match to watch. Vet matches are to 10 points and this one came down to who could take that last point as it was tied 9-9. Here Paul makes the final hit to take the gold medal. 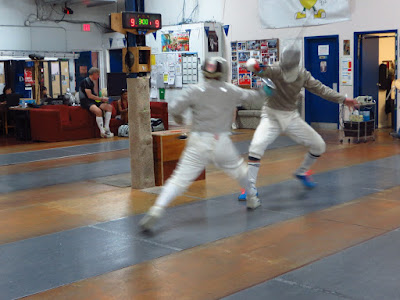 That's Paul on the podium with the gold medal, Kyle to the left with the silver, and me and Mark coming away with the bronze. 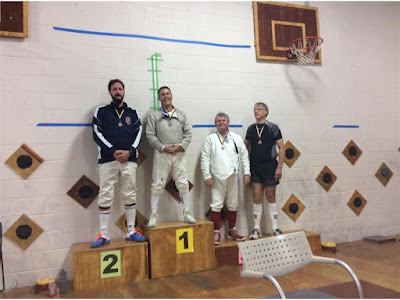 It was a fun day and good to be back in action again. Next tournament, though, I'll be better prepared.
Posted by Swordsman at 20:07