Beer of the Week - Three Beers from Northwinds Brewhouse 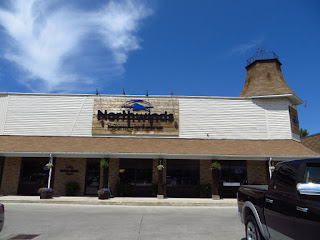 Teena was in Collingwood a few weeks ago on business and a couple of doors down from where she had her meeting was Northwinds Brewhouse. She surprised me by bringing home a variety of beer from a place I had not heard of. 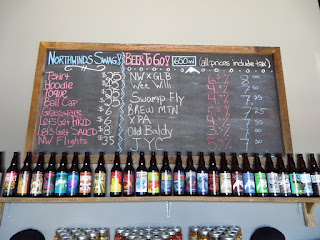 It took three years of planning by owner, Geoff Conway, before Northwinds Brewhouse finally opened its doors to the public on August 6, 2014. The restaurant can hold 100 and they have 16 taps featuring their own beer, guest beers and ciders. They decided early on not to have any one "flagship" beers but to always offer a variety. Now to try a few that Teena brought home for me. 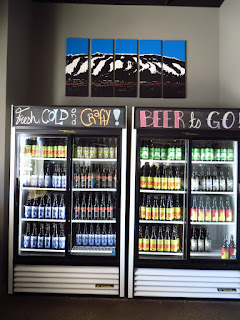 ***
My first beer from Northwinds is a Swamp Sour Ale, made with Haskaps.  So, what is a haskap?

Haskap is a deciduous fruit bearing shrub, growing to approximately 1.5 – 2 metres tall. The fruit is a blue colored elongated berry about 1 cm in diameter. “Haskap” is the name given to this fruit by the Japanese. Other names include edible honeysuckle, blue honeysuckle and honeyberry. The species is native to northern Japan, Russia and Canada. It is, in fact, more closely related to tomatoes as well as the Snowberry and Elderberry. It is not related to blueberries or cranberries.
I was surprised when pouring the Swamp that was not amber but almost the colour of a rosé wine. It had a white head that disappeared quite quickly. There was something reminiscent of blueberries but not quite in the aroma, which obviously would be the haskap.

This is a really nice sour ale, one with some complexity to it. The ale has a bit of a watery mouth feel to it when sipped, then comes in a varied mix of berry flavours. I looked up haskaps after I finished my beer and the haskap website said that haskaps have a taste  which is a cross between blueberries, raspberries and black currents. That must be the unusual berry flavours I was detecting. The beer finishes with a wonderful sourness, not sour enough to make one pucker, but one to be enjoyed. This is fabulous summer ale that I would have again.

The Old Baldy pours a light coppery colour, with maybe a tinge of orange in it. There is some cloudiness in it as this is an unfiltered beer. The Belgium saison yeast gives off it's own unique aroma and I can also detect a little orange or citrus in it.

Belgium style farmhouse ales are also known as saisons and this one is very nice. Saisons have a distinct flavour and this is immediately felt on my first sip. There is some sort of citrus in this that I am enjoying and it finishes on a sour note, one that I quite enjoy. It's nice that this is quite sessionable weighing in at just 3.5% APV. Another beer that would be welcome in my fridge again.

Another lower alcohol beer that comes in at 4.6%, the Three Stage XPA (Extra Pale Ale) pours a surprising golden colour. I had been expecting amber. It has a white head that took a little time in dissipating. This beer must use west coast hops as there are citrus tones in the aroma.

The beer starts out quite light tasting but then some bitter citrus hops come through in a very nice finish. In no way does the bitterness take over the beer but is quite pleasing. I find this an enjoyable ale, another one good for a hot summer day.

Teena said she would let me know the next time she is heading up to Collingwood but I think it would be fun  for us to head up for a weekend and have supper here. 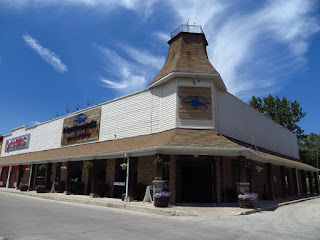