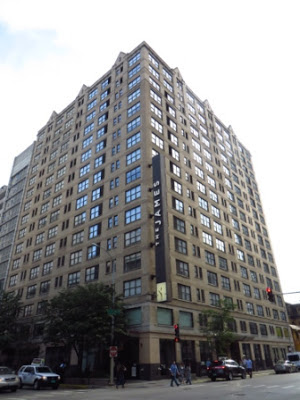 Teena and I stayed at The James on East Ontario Street, a couple of blocks away from the subway. That made it much easier for us to come in from Midway Airport and get back to it. $3 for a subway ride vs whatever a cab would have cost.

The James had this interesting display in the lobby. My suitcase is old and on its last legs. Teena said I should add it to the display. It's now in the dumpster here at home. 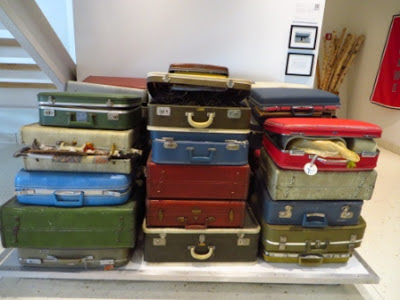 The windows looked out across the way to rooms on the other side. We were only in our room at night so that did not matter. The rooms were bright and the air conditioning was turned on so the room was cool when we first arrived. It was a scorching hot day so that was much appreciated. 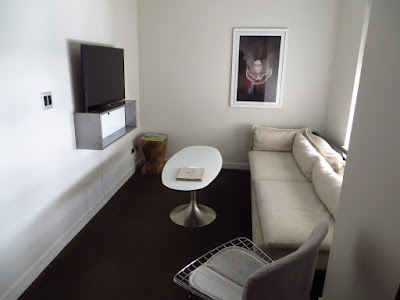 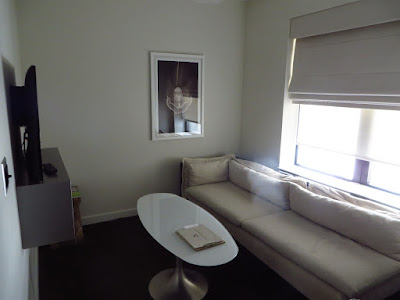 Our room was quite large and the large bottles of shampoo and conditioner were quite minty and refreshing. 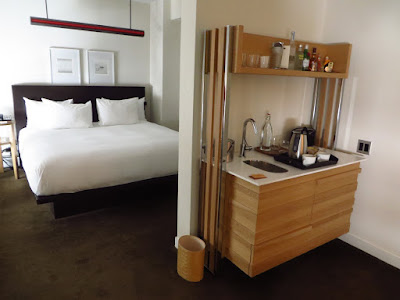 The staff were extremely friendly and helpful. I went across the road to Trader Joe's for a small bottle of rum and some Diet Coke and was surprised that they didn't sell Coke. I returned to the hotel and was told by the doorman that the James did not have vending machines and the closest store was three blocks away. Then he offered to go himself! Wow, is that service or what! I said no and wandered up myself.

Teena was to get some ice. She called down to the front desk to ask where the ice machines were. They don't have any due to the noise but she could get ice from the front desk, or they would bring her up some. Great, great service.

Next time we're in Chicago, we'll be staying at the James again but picking up some cola on our way in.
Posted by Swordsman at 23:07