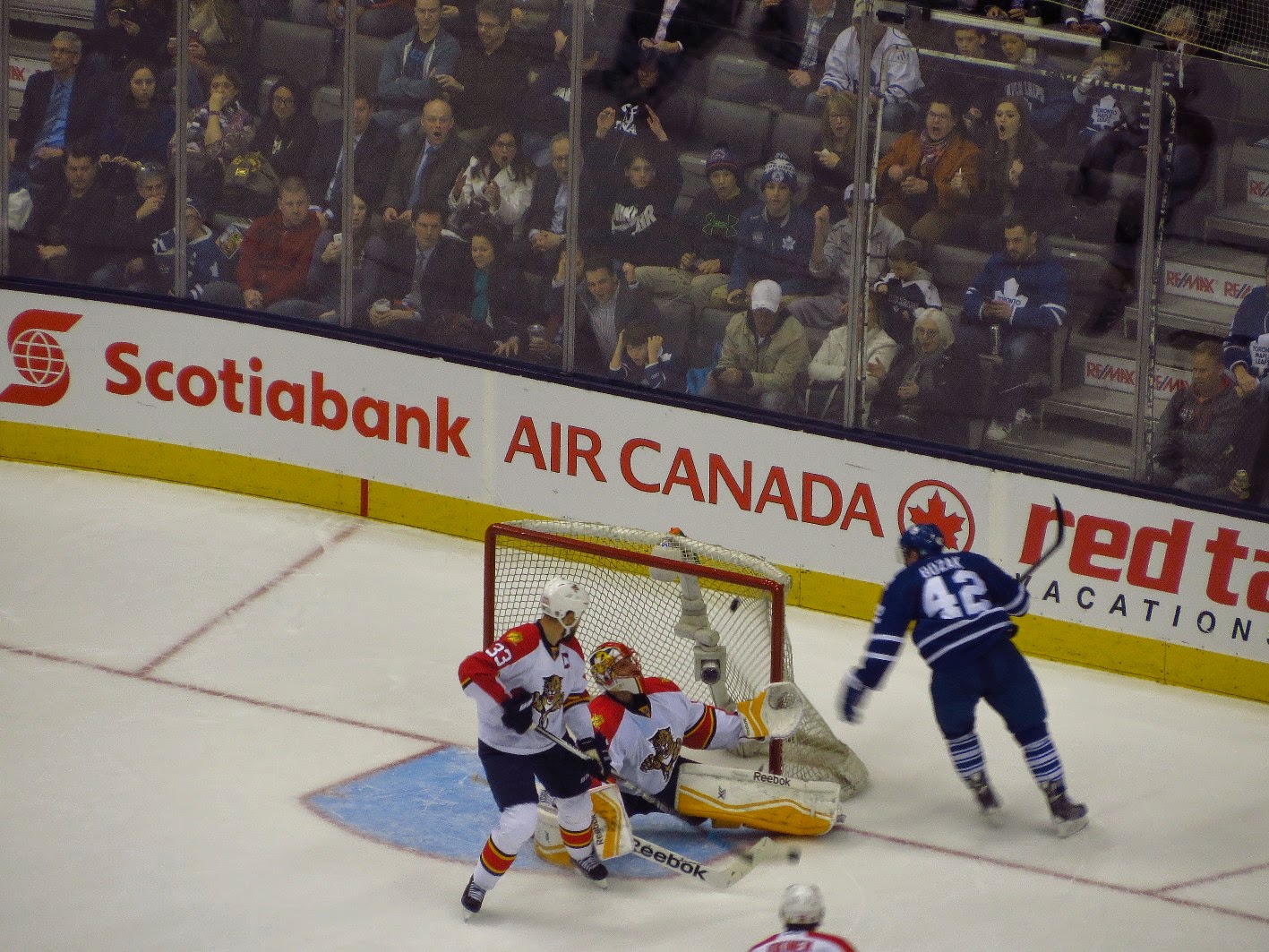 My friend, Roger, received a couple of free Toronto Maple Leafs tickets and asked me if I would like to go along.

They were playing the Florida Panthers who are still in the hunt for the playoffs. The Leafs could play spoilers. 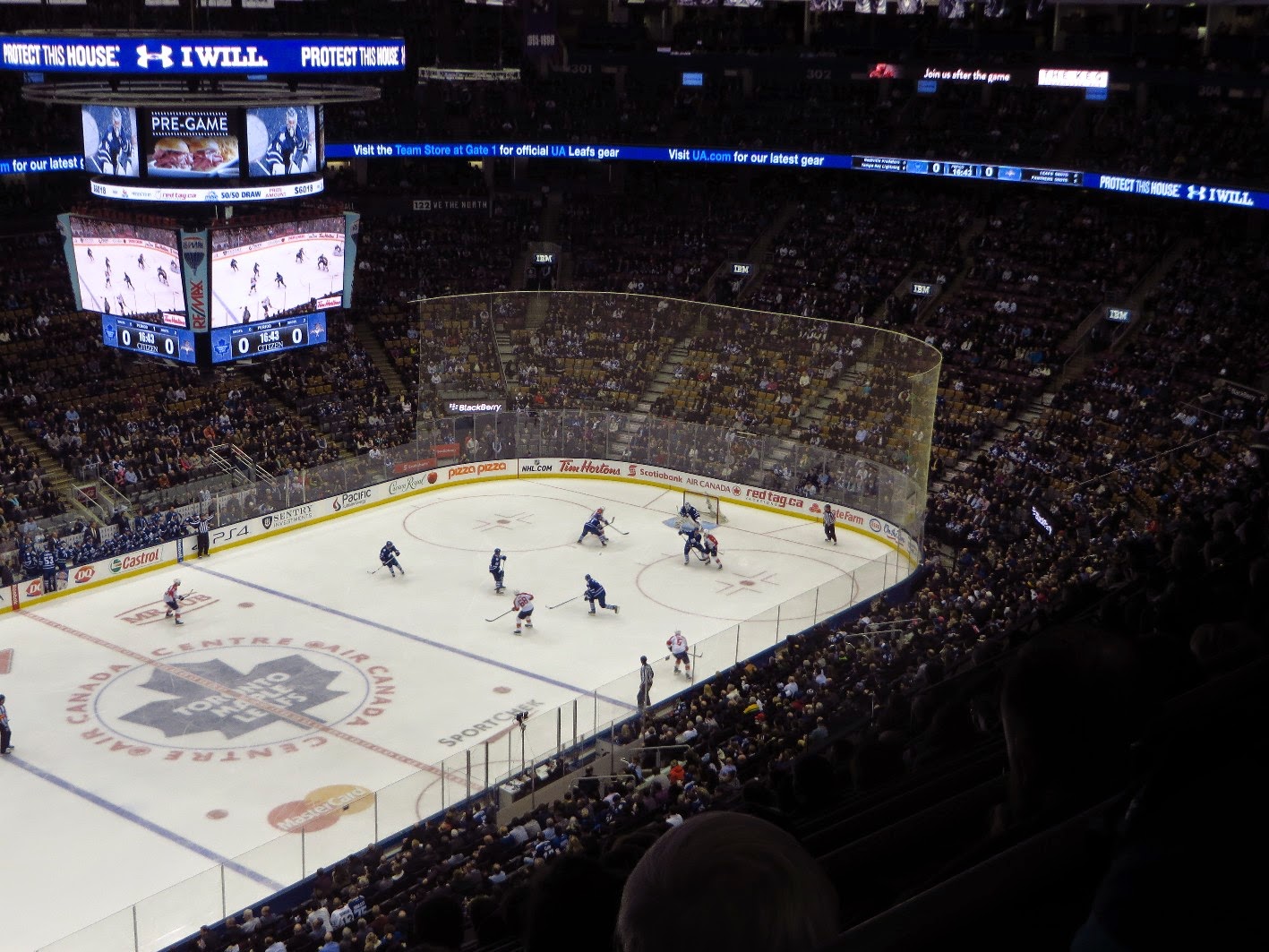 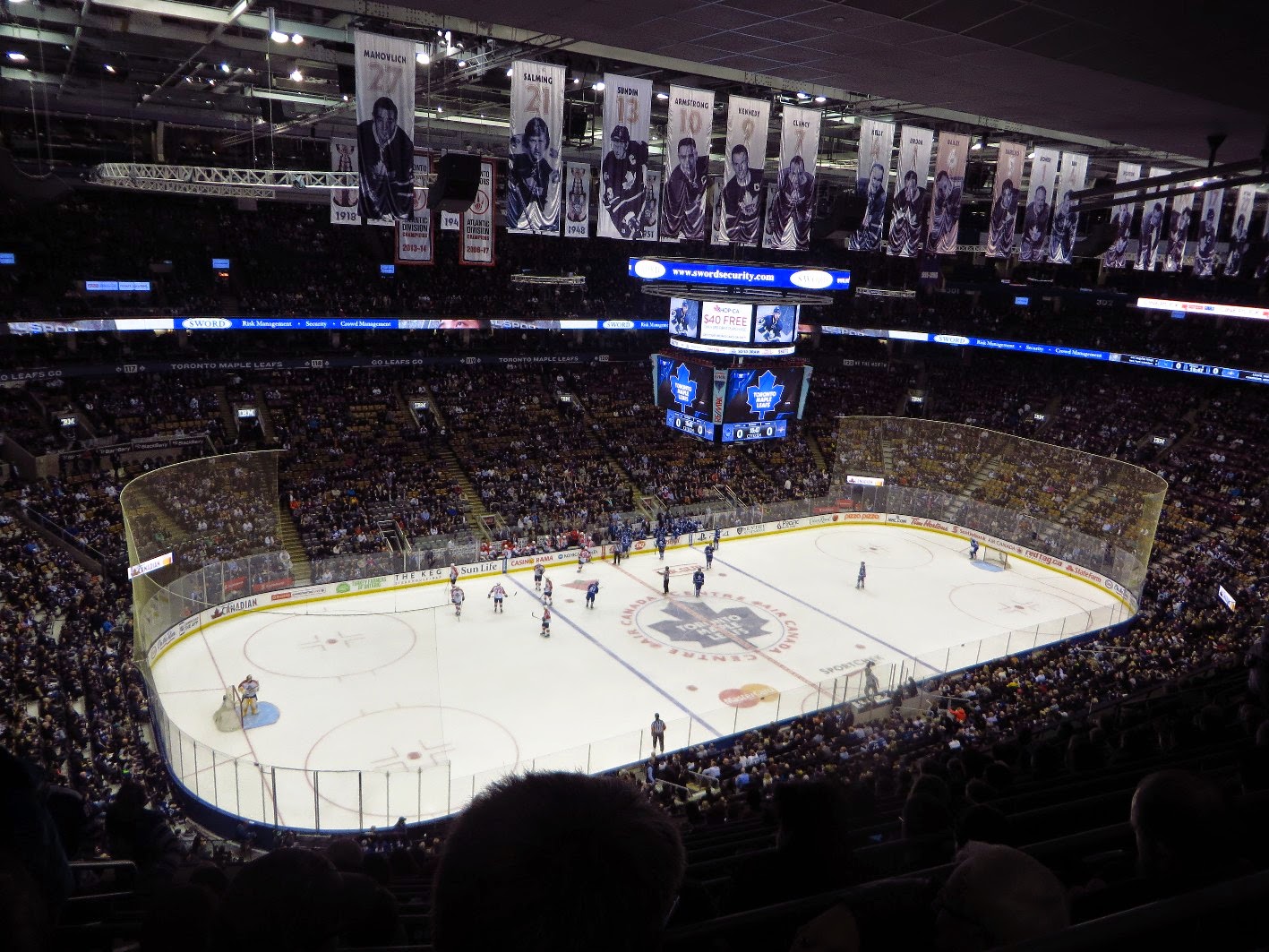 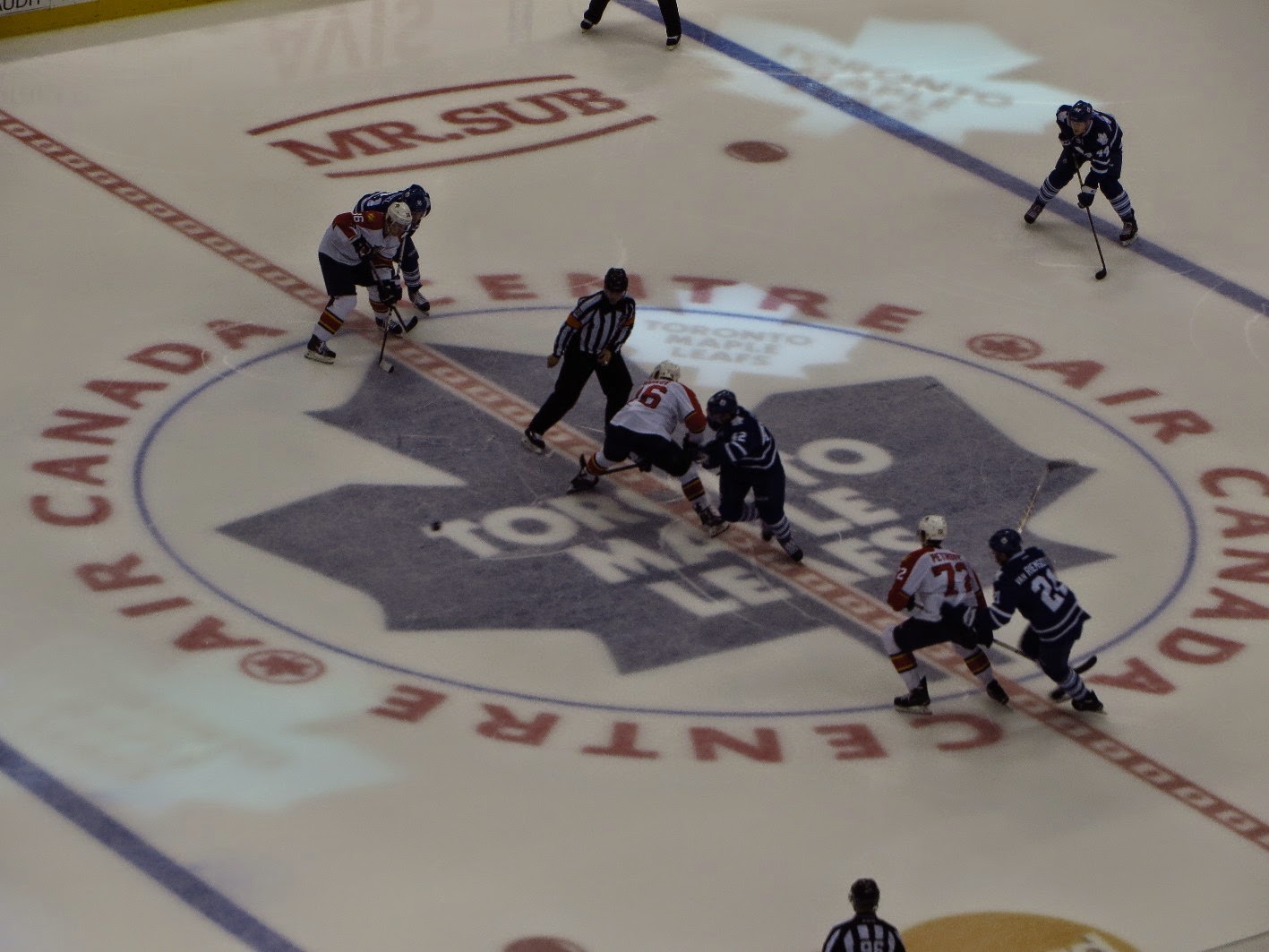 There was not a lot of action in the first period which ended in scoreless. 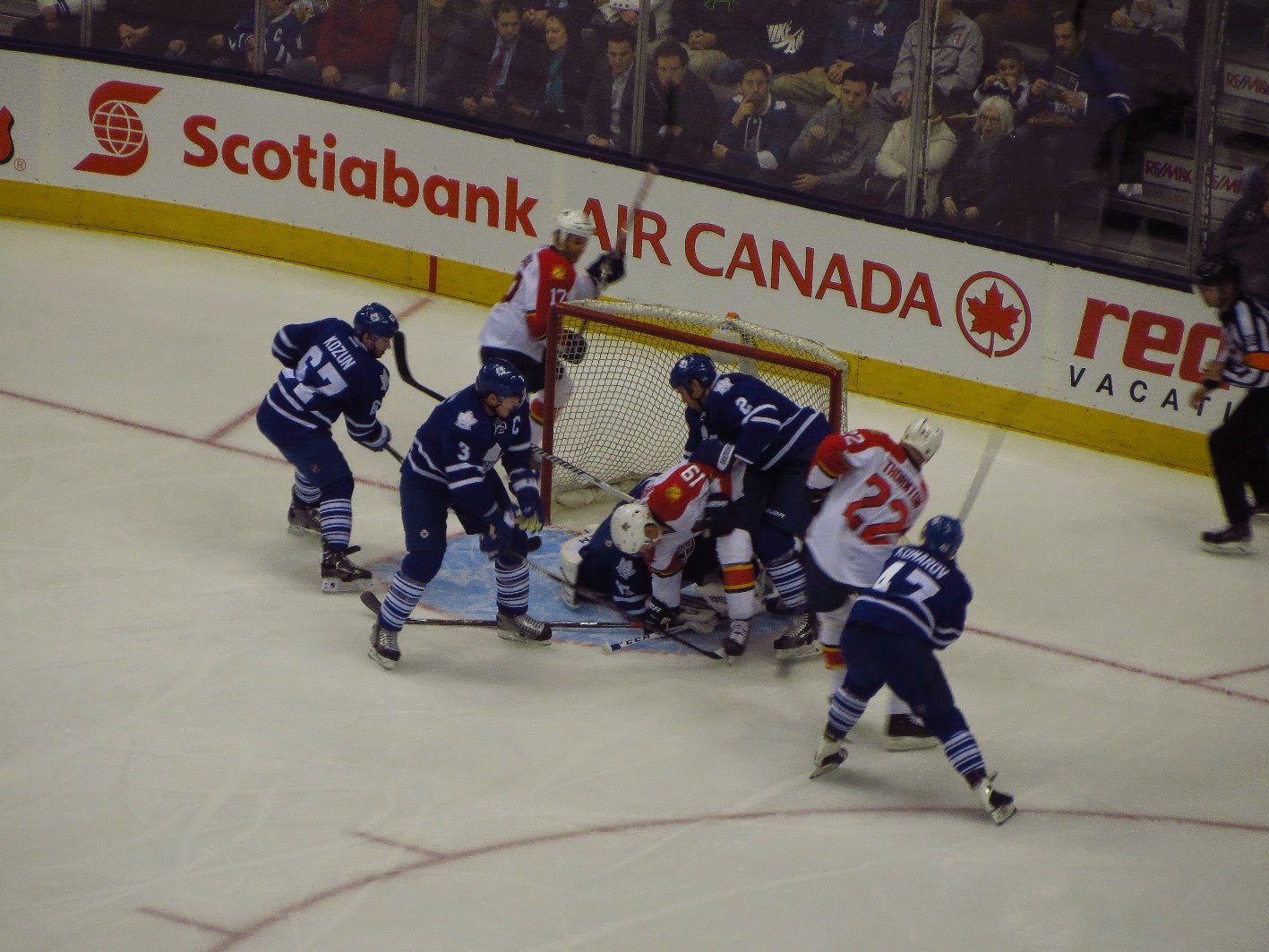 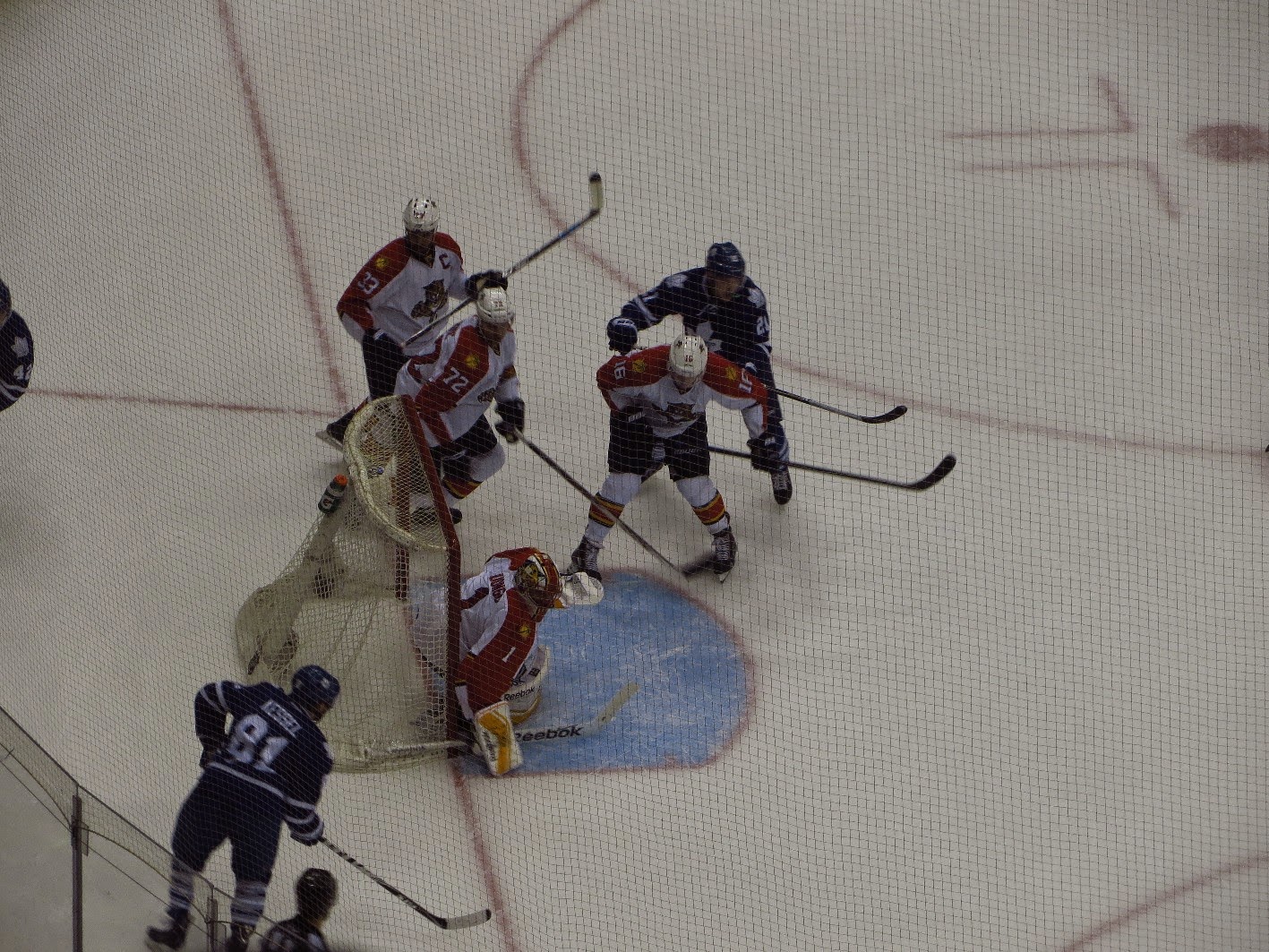 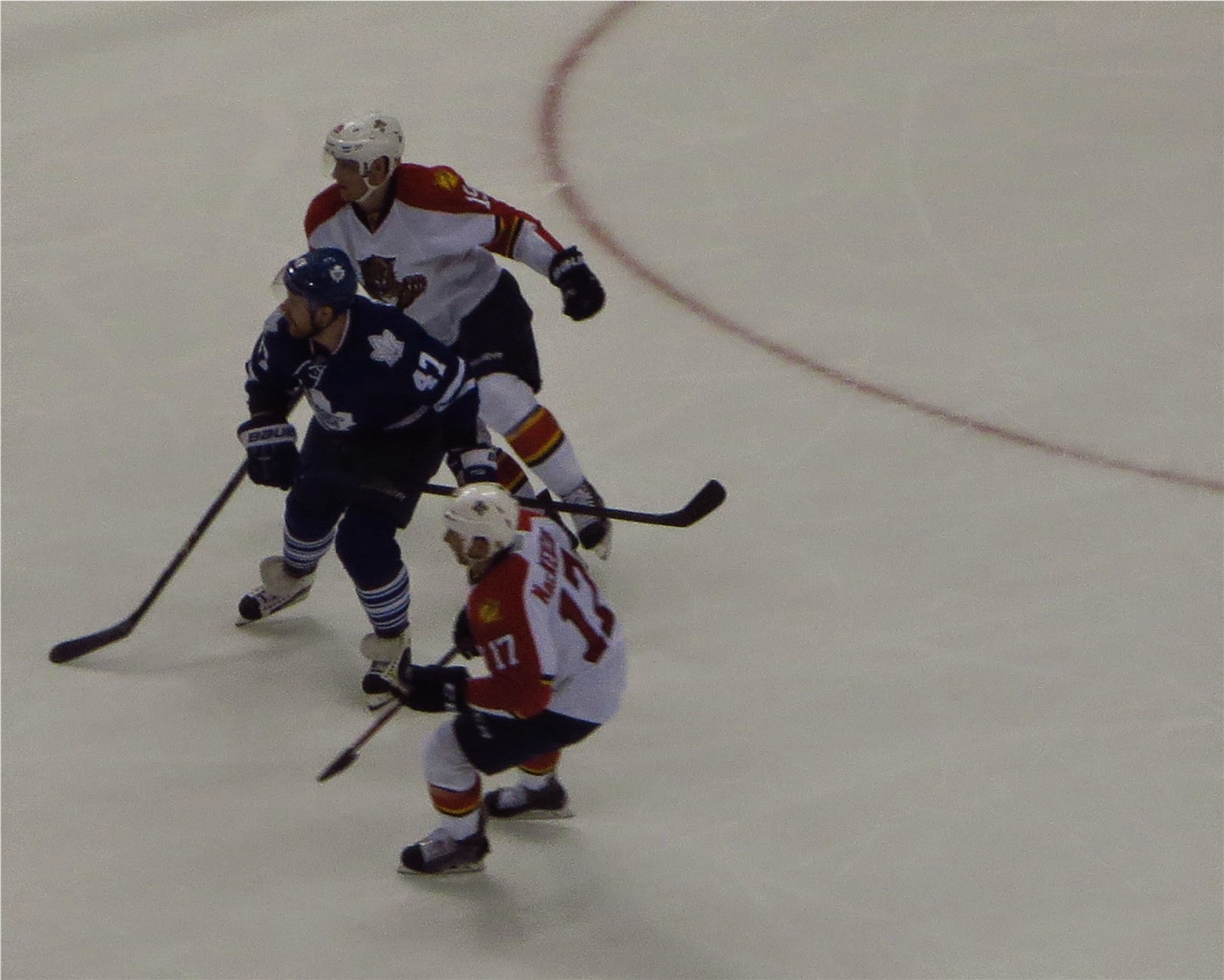 Instead of cheerleaders, these ice cleaners came out at every break to clean the ice. 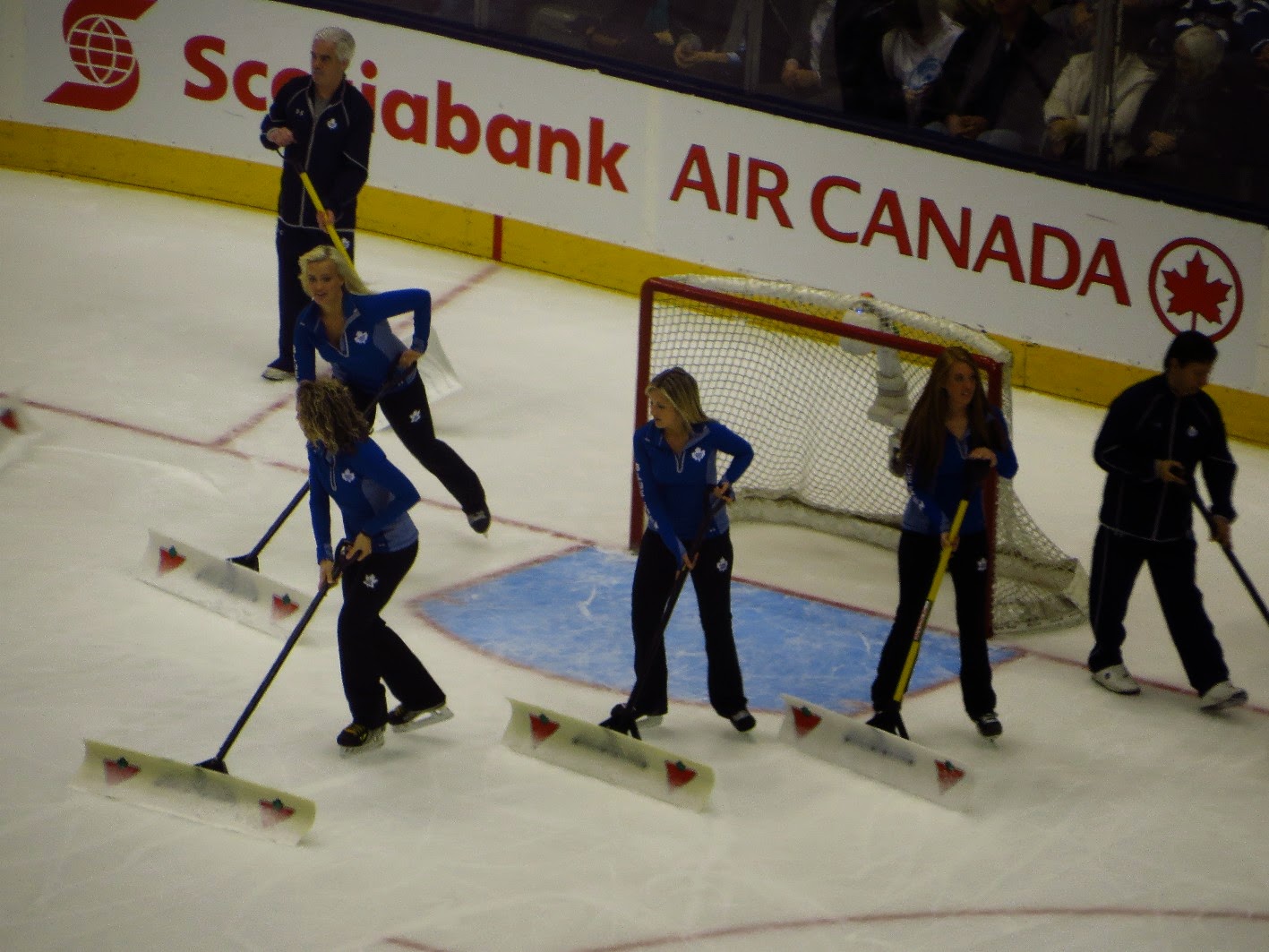 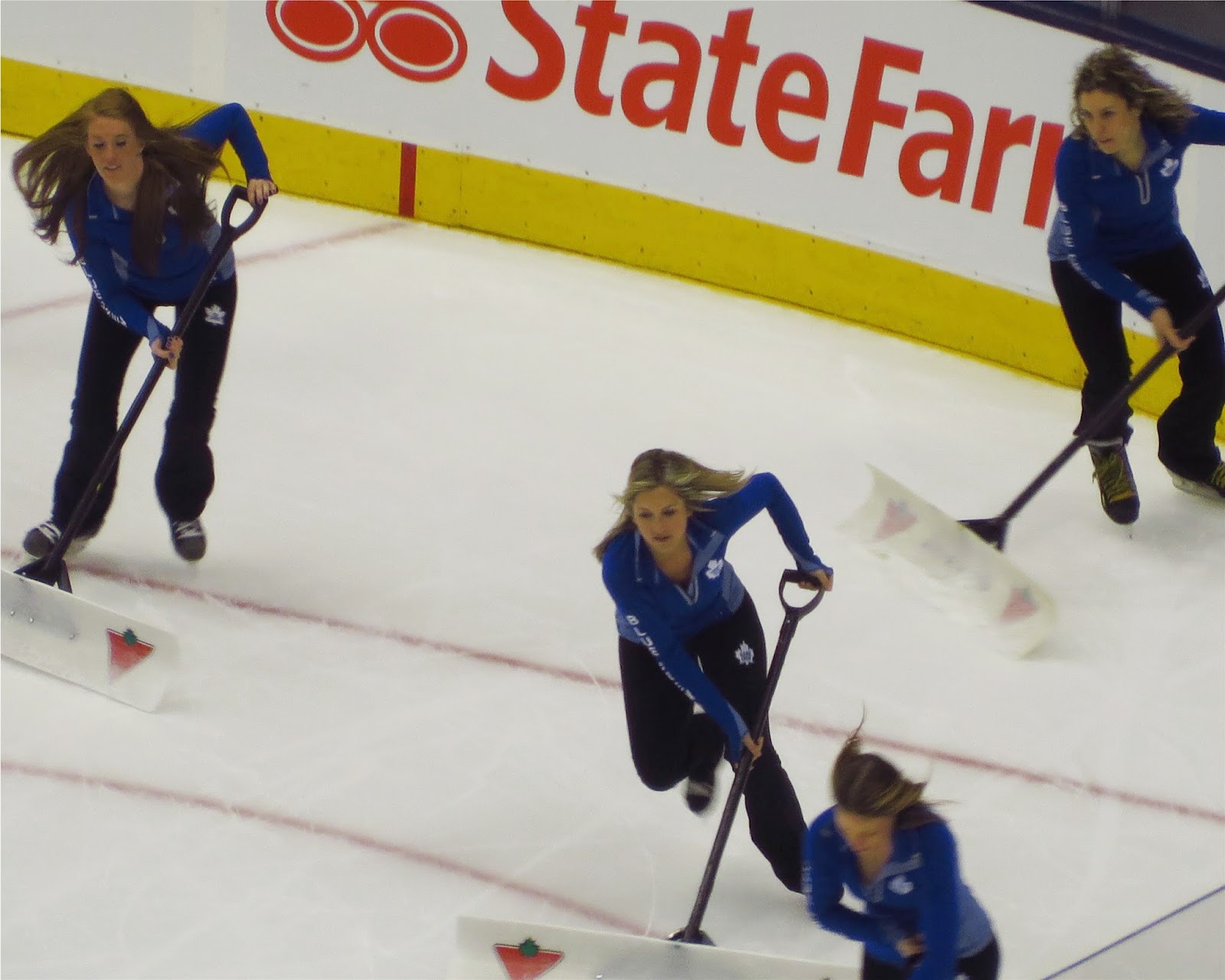 In the second period, we were horrified to see Florida score two goals in exactly 30 seconds. More action shots. 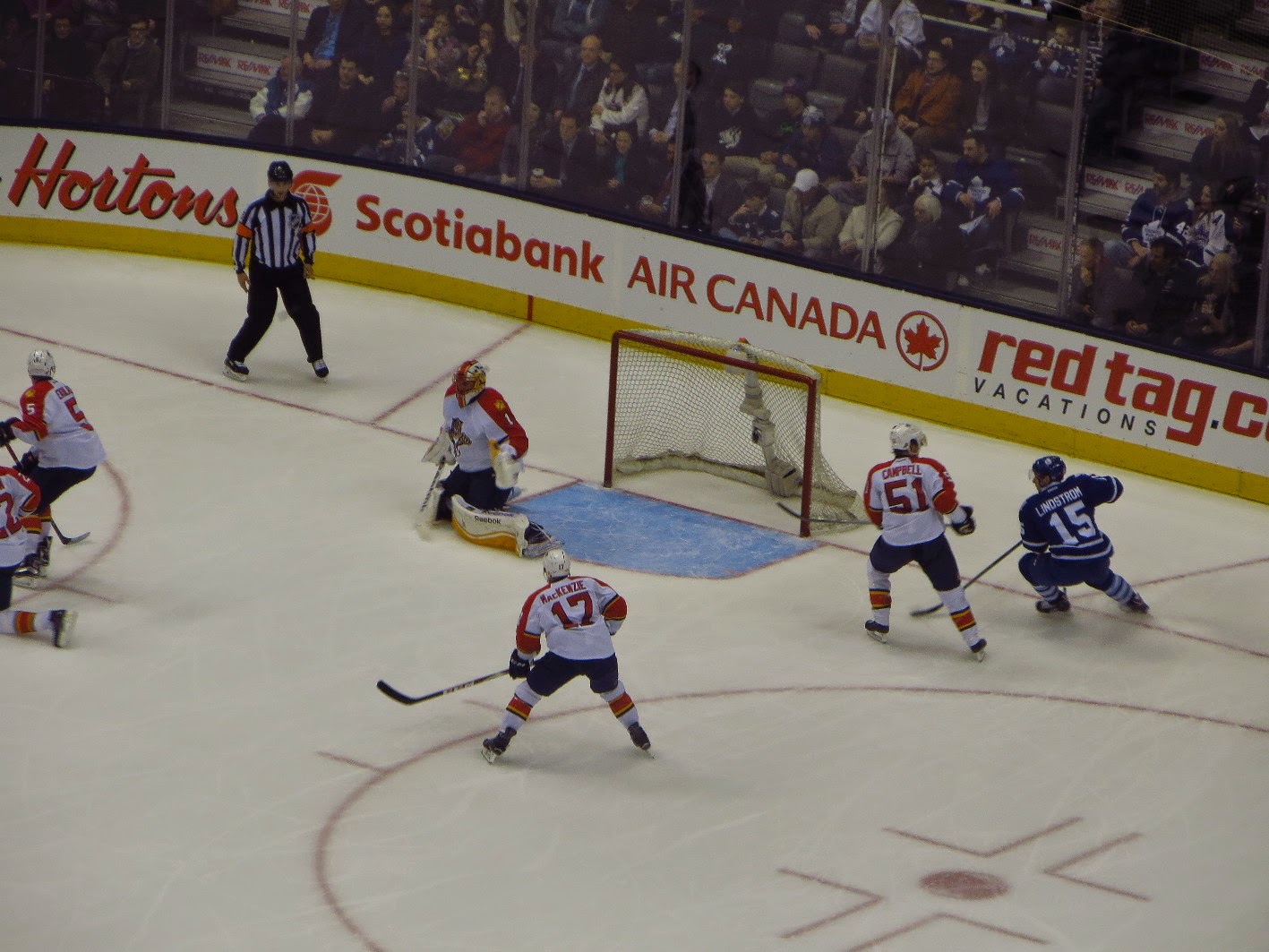 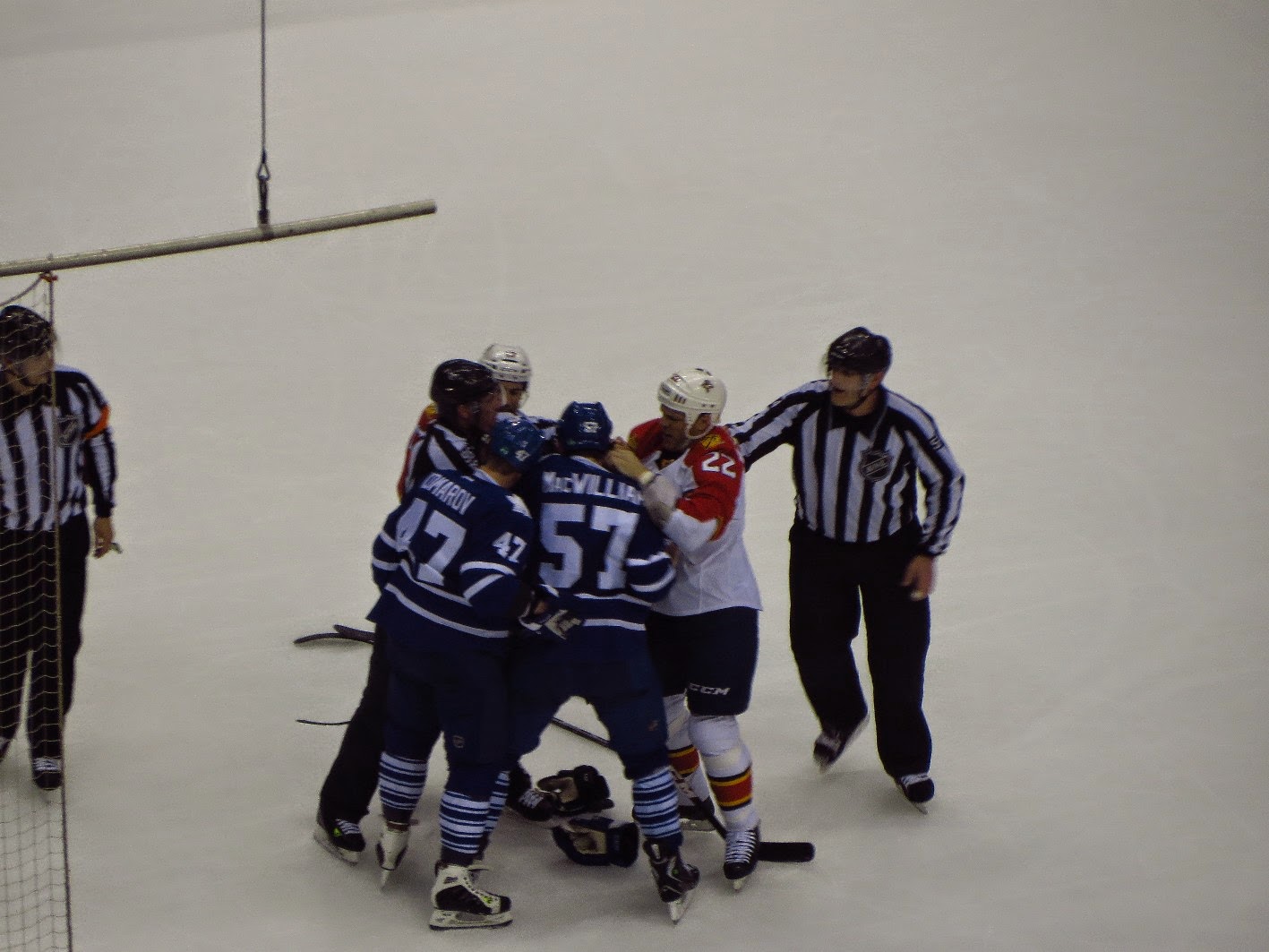 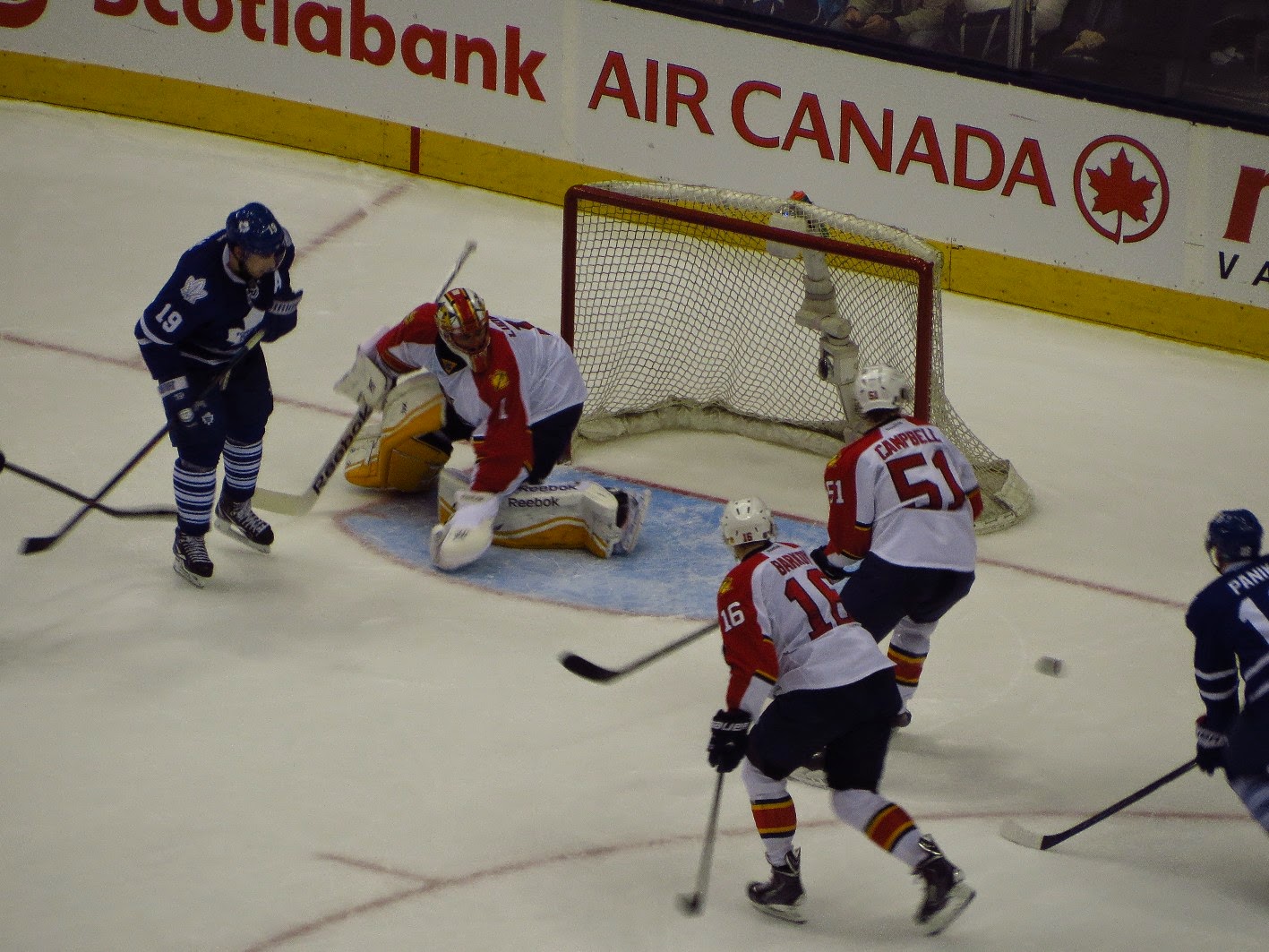 Florida added one more before the end of the period to go into the dressing room with a 3-0 lead. Meanwhile above the ice surface hanging proudly from the rafters were banners featuring Leaf favorites from the past. There's not much to be proud of this year. 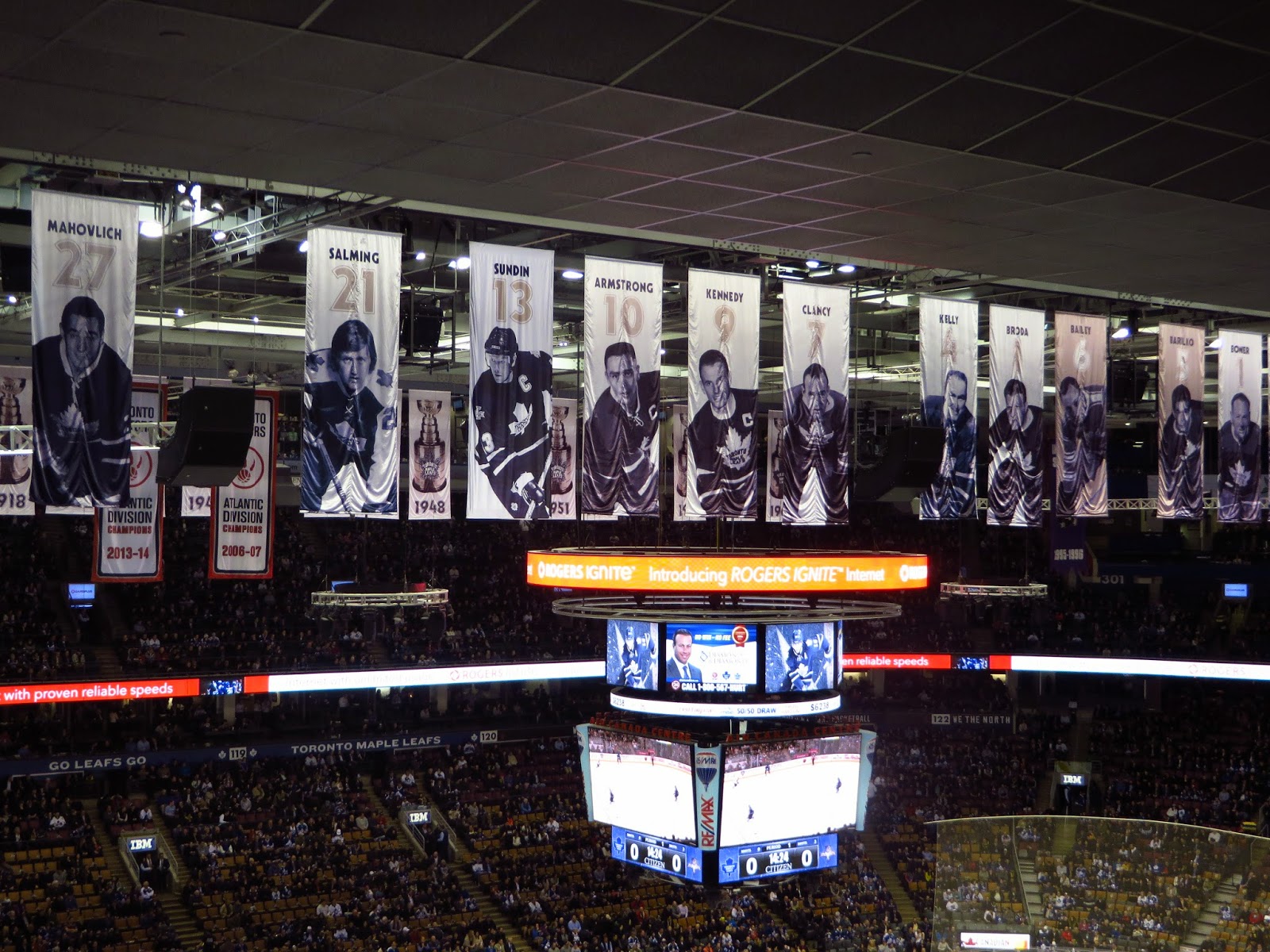 So what do fans do when their team is down 3 -0 in the third? They check their phones or sleep. 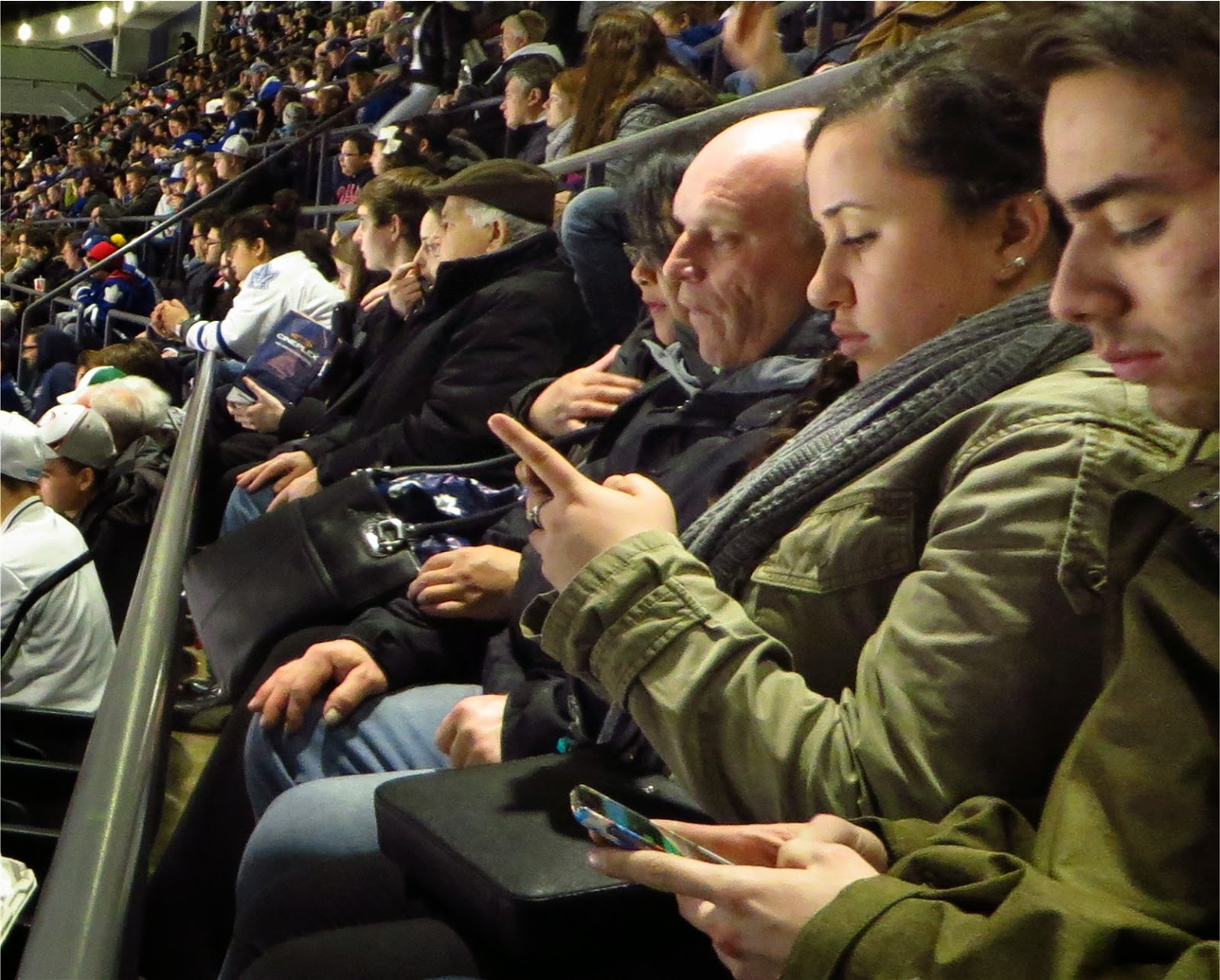 Or they just leave. One positive from tonight was that we saw Sam Carrick of the Leafs score his very first NHL goal and got a standing ovation for it.

The Leafs were booed when they pulled their goalie with 3:53 left in the game. That didn't last long as Kessel received a two minute interference penalty, forcing the Leafs to put Reimer back into the net. When Kessel's penalty was over, Reimer was pulled again and seconds later Florida notched an empty net goal. 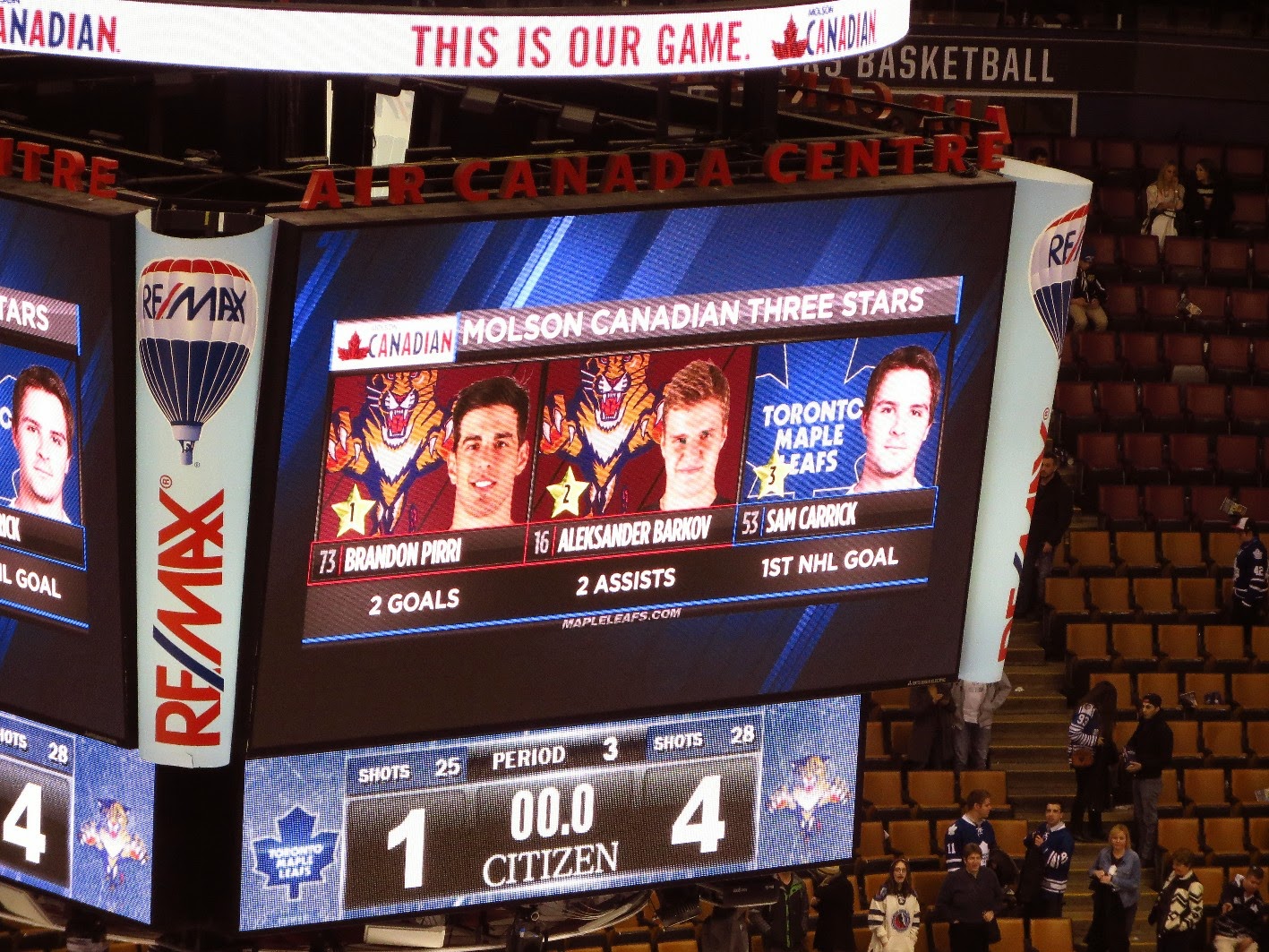 Can't wait to come back to the ACC in a week's time to see the Rock, an exciting winning team play on the same surface, rather than the Leafs.

I did have a good time, though, as I always do with Roger. Thanks again for the tickets!.
Posted by Swordsman at 22:30