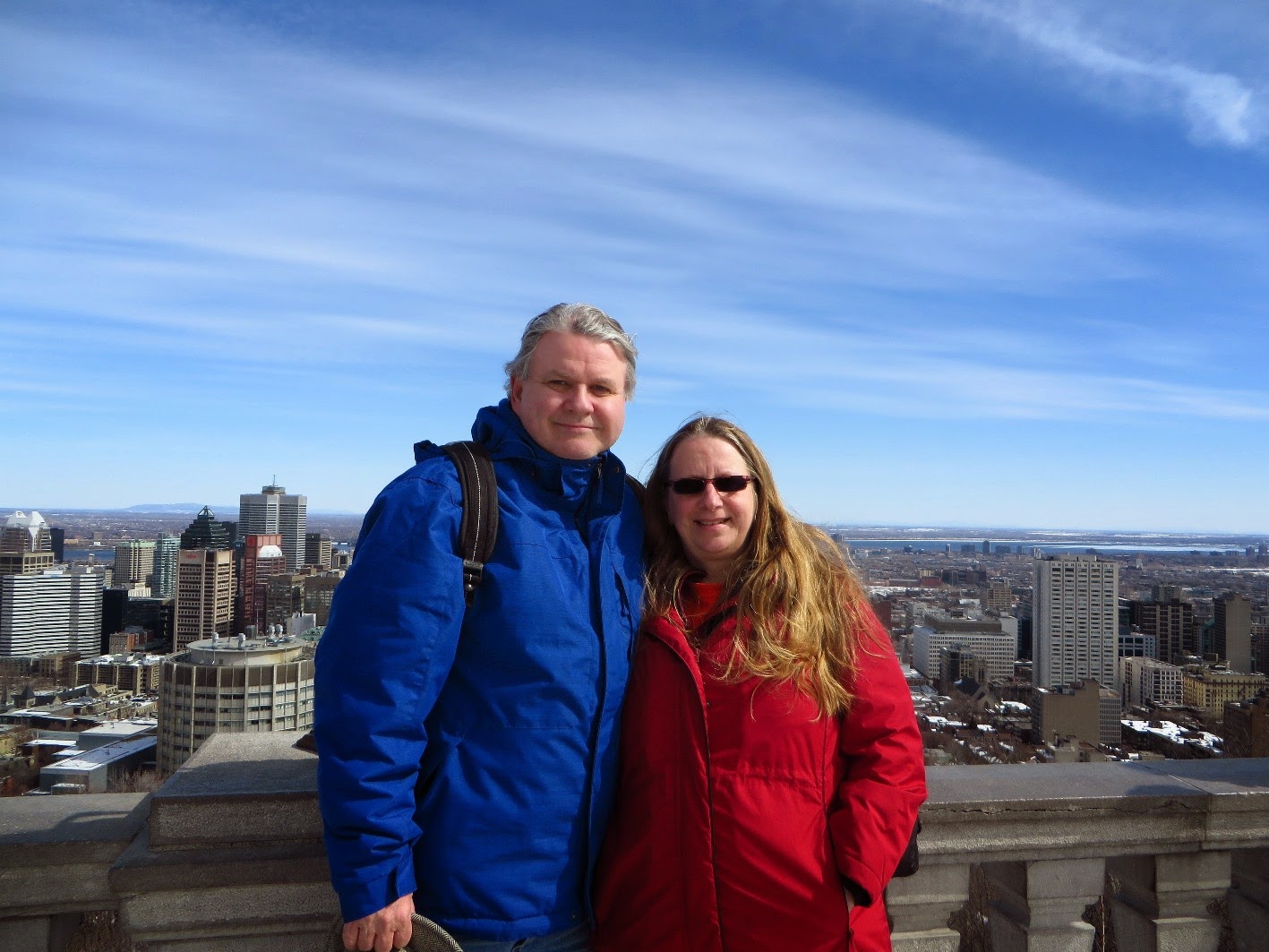 The jewel of Montreal’s city parks is, without question, Mount Royal. This 200-hectare park occupies part of the mountain that lies in the midst of Montreal island, and includes the highest spot in the city (234m). In the 1860s, mass cutting of trees on the mountain for firewood outraged the populace and led to the area’s designation as a park in 1876. It was originally landscaped by Frederick Law Olmsted, perhaps best known for New York City’s Central Park, although not all his proposed plans for Mount Royal were eventually carried out.

The lookout facing over downtown towards the river was first built in 1906 and is now officially known as the Belvédère Kondiaronk, named for the Huron chief who signed a major peace accord with the French regime in 1701.

It is a bit of a tough climb, especially with an injured calf, but one that is taped up well. After a fifteen minute walk up the steep Peel Street, this is the point where you climb really starts.


Even though it is very close to the end of march, and officially spring, there is still lots of snow around. 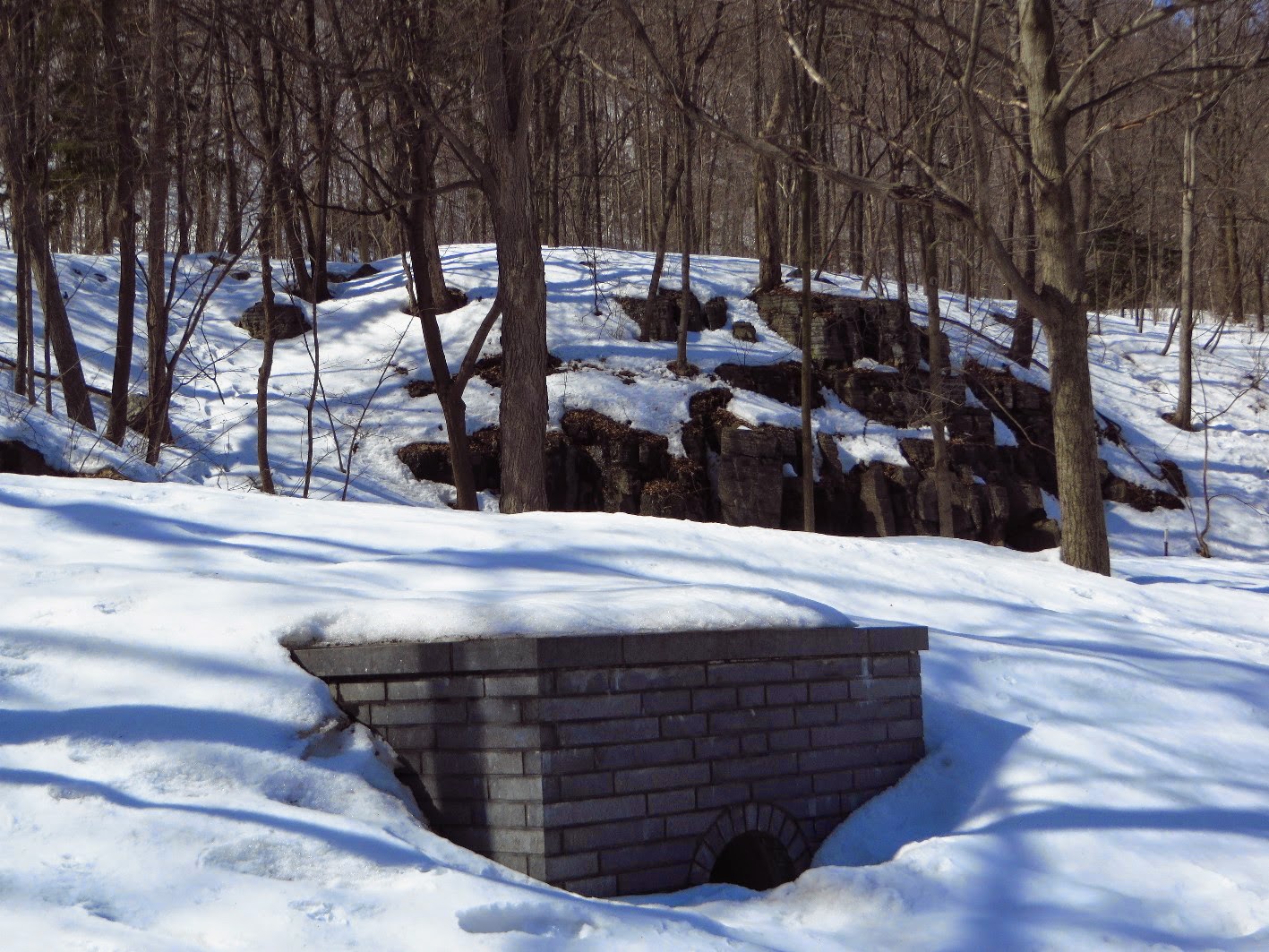 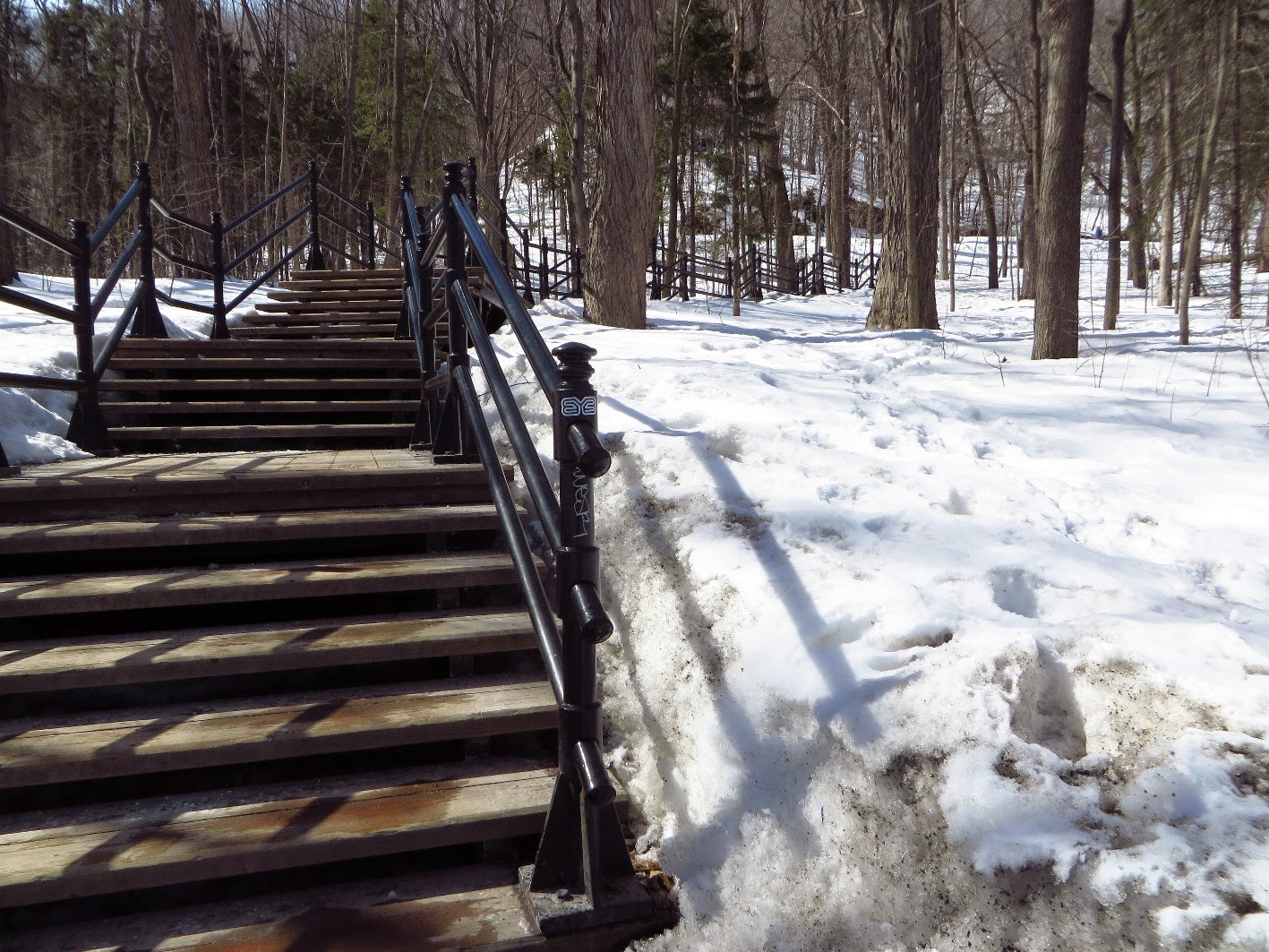 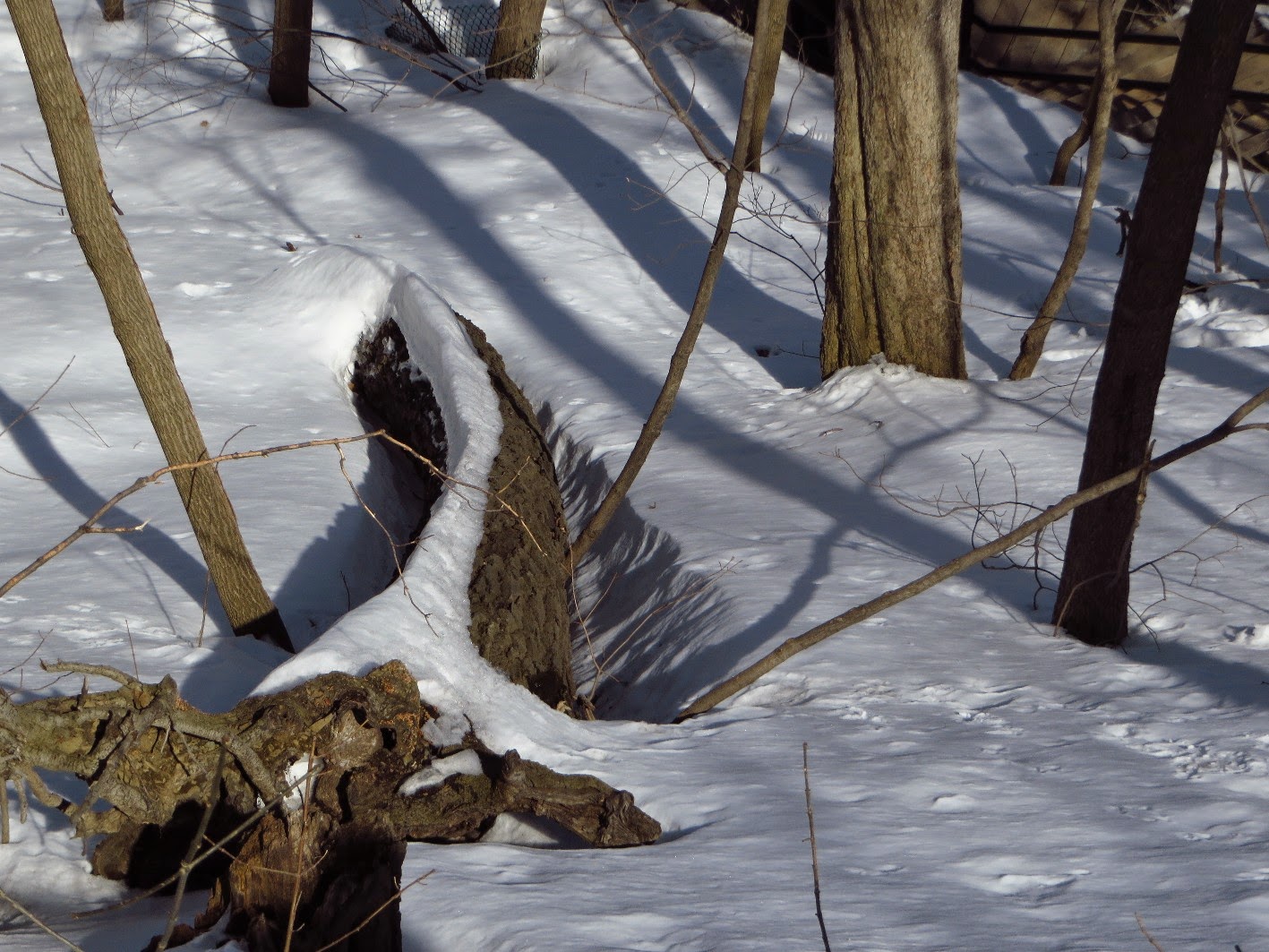 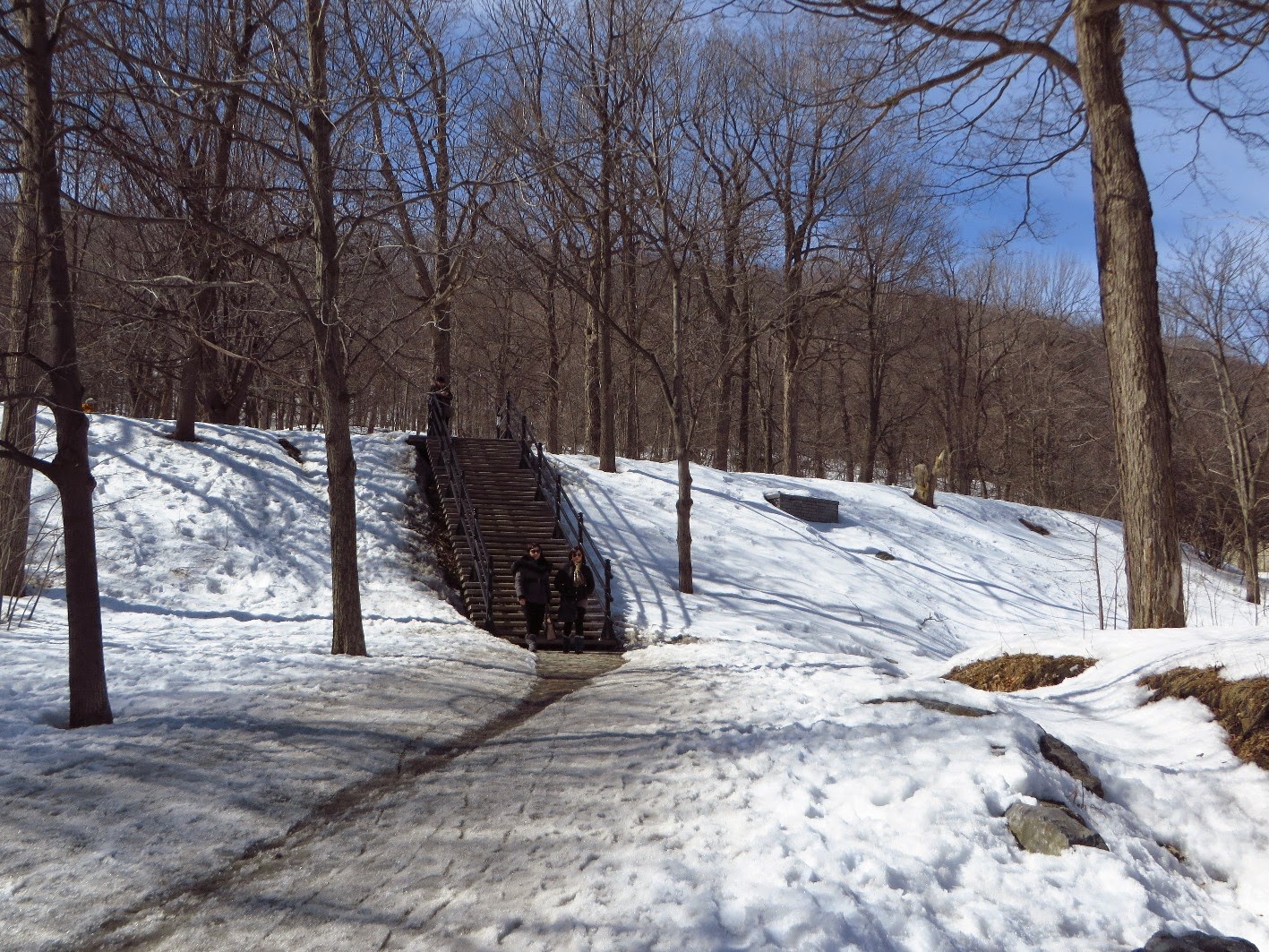 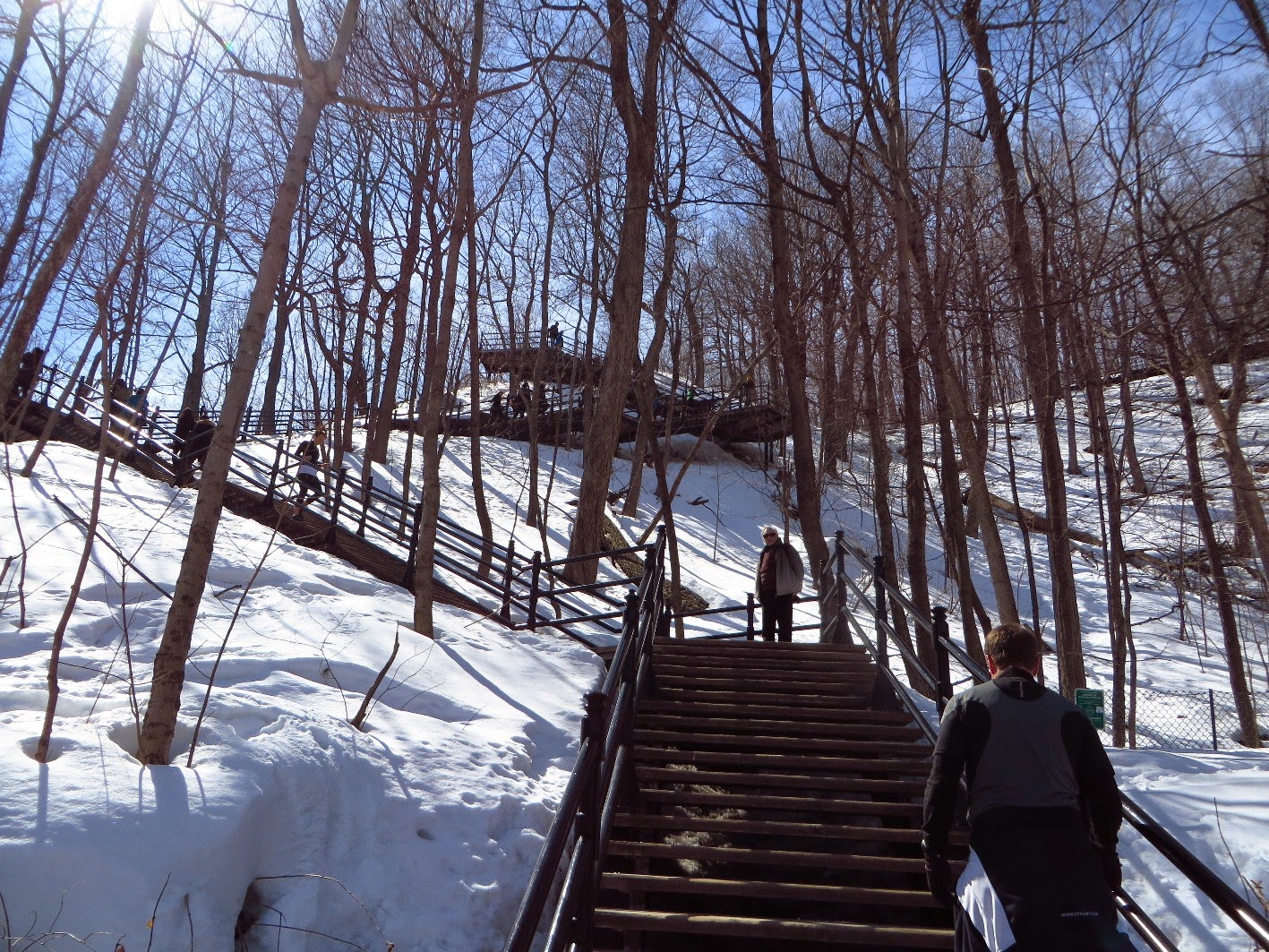 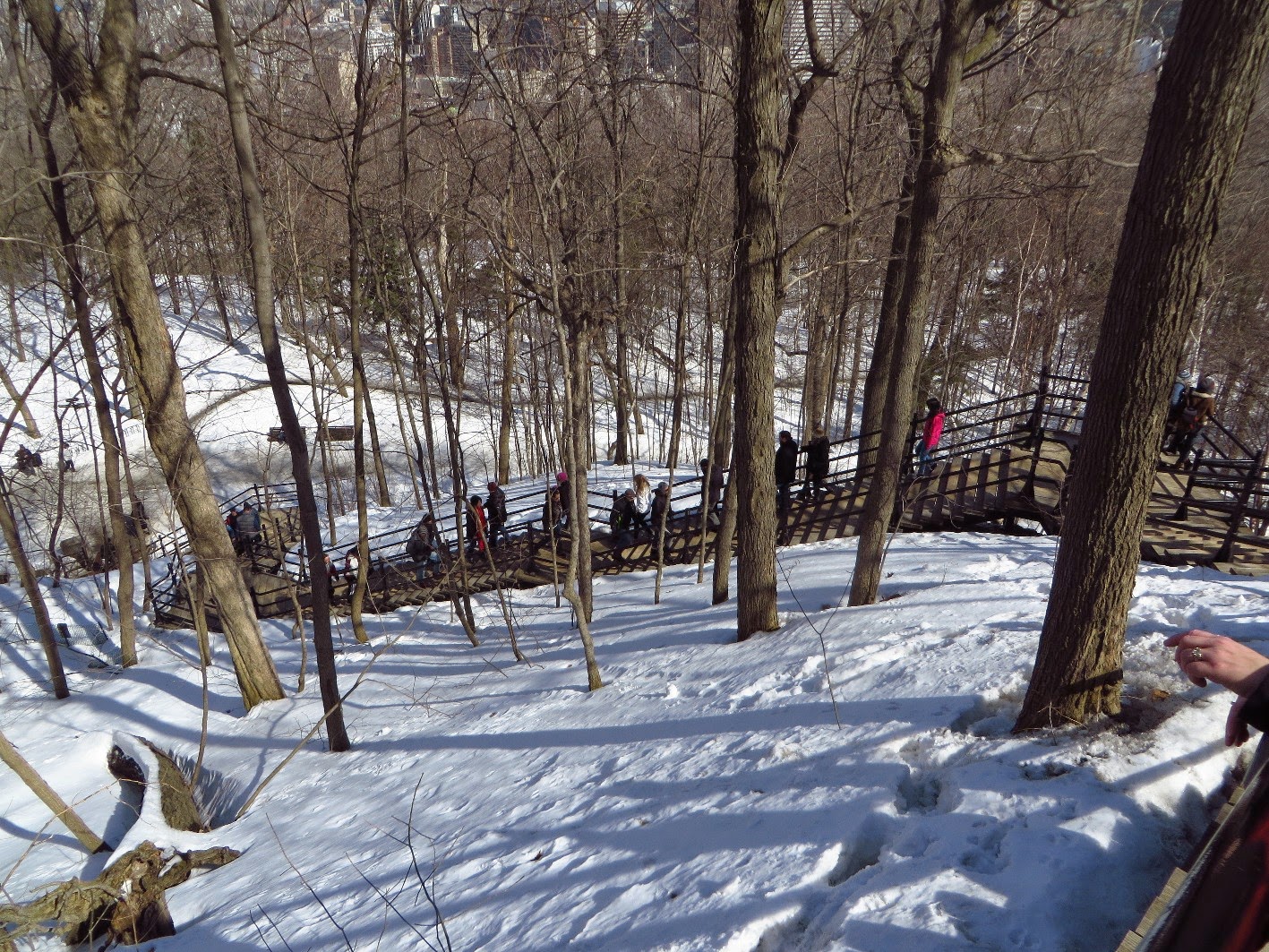 Cross country skiers were taking advantage of the day. 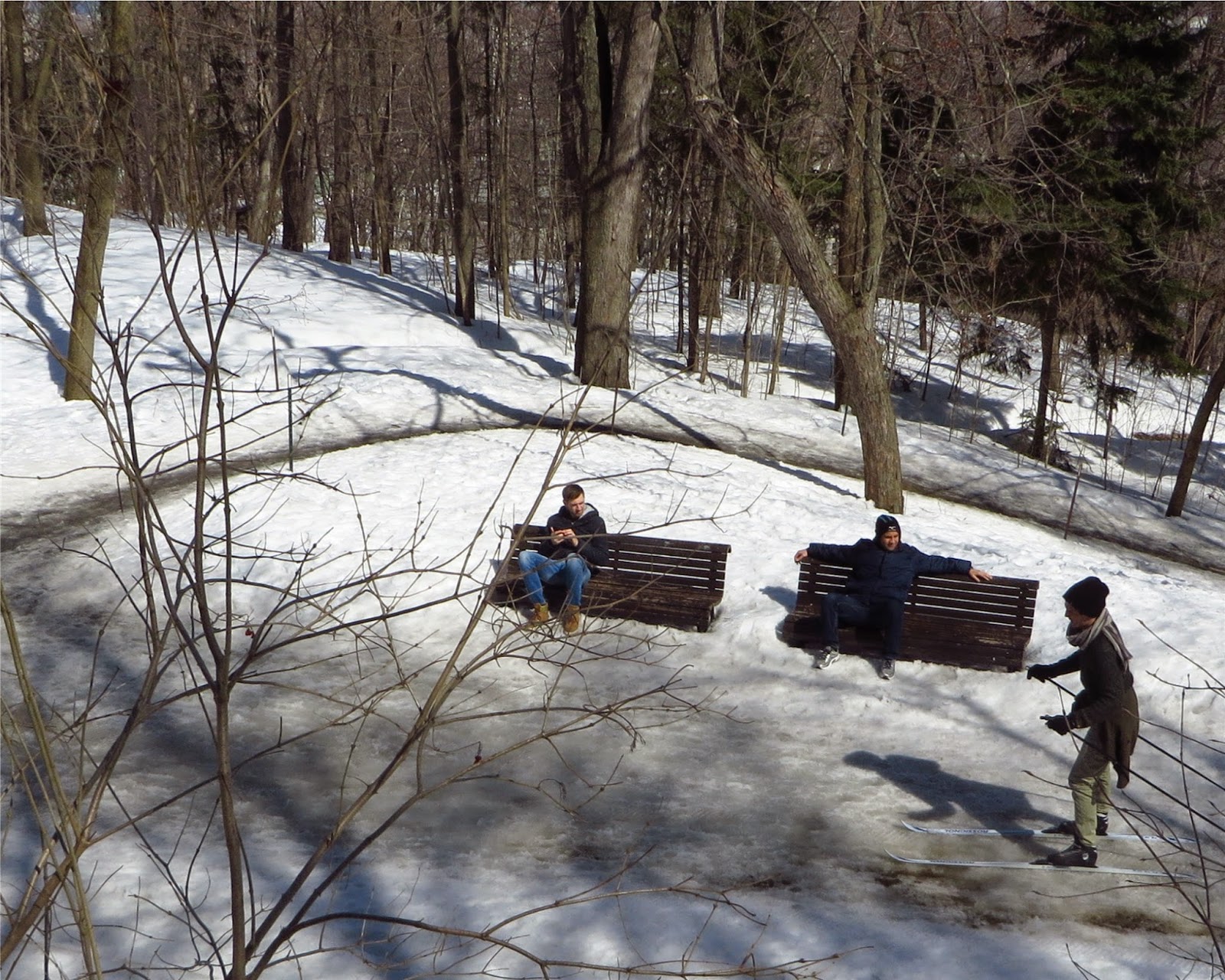 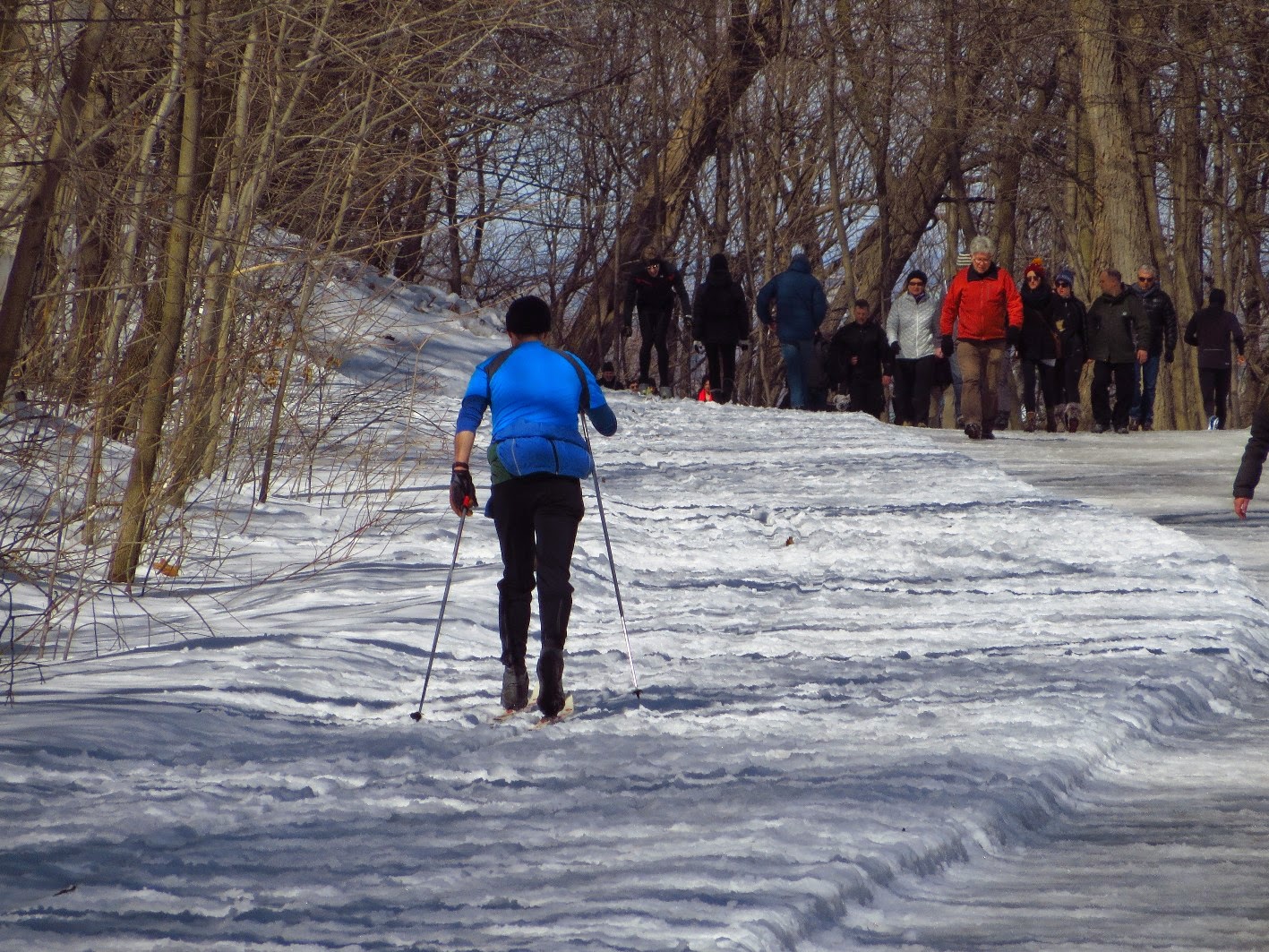 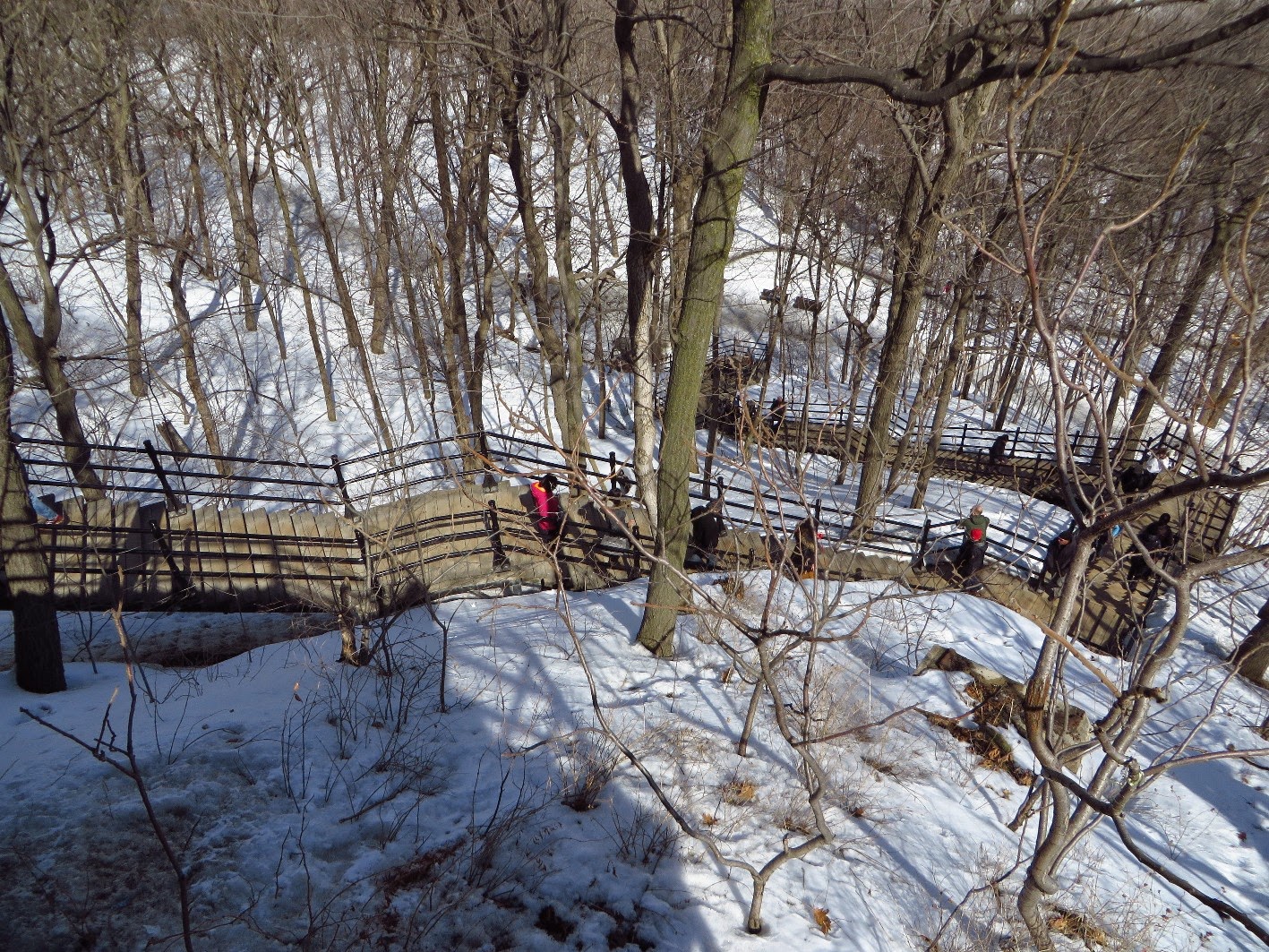 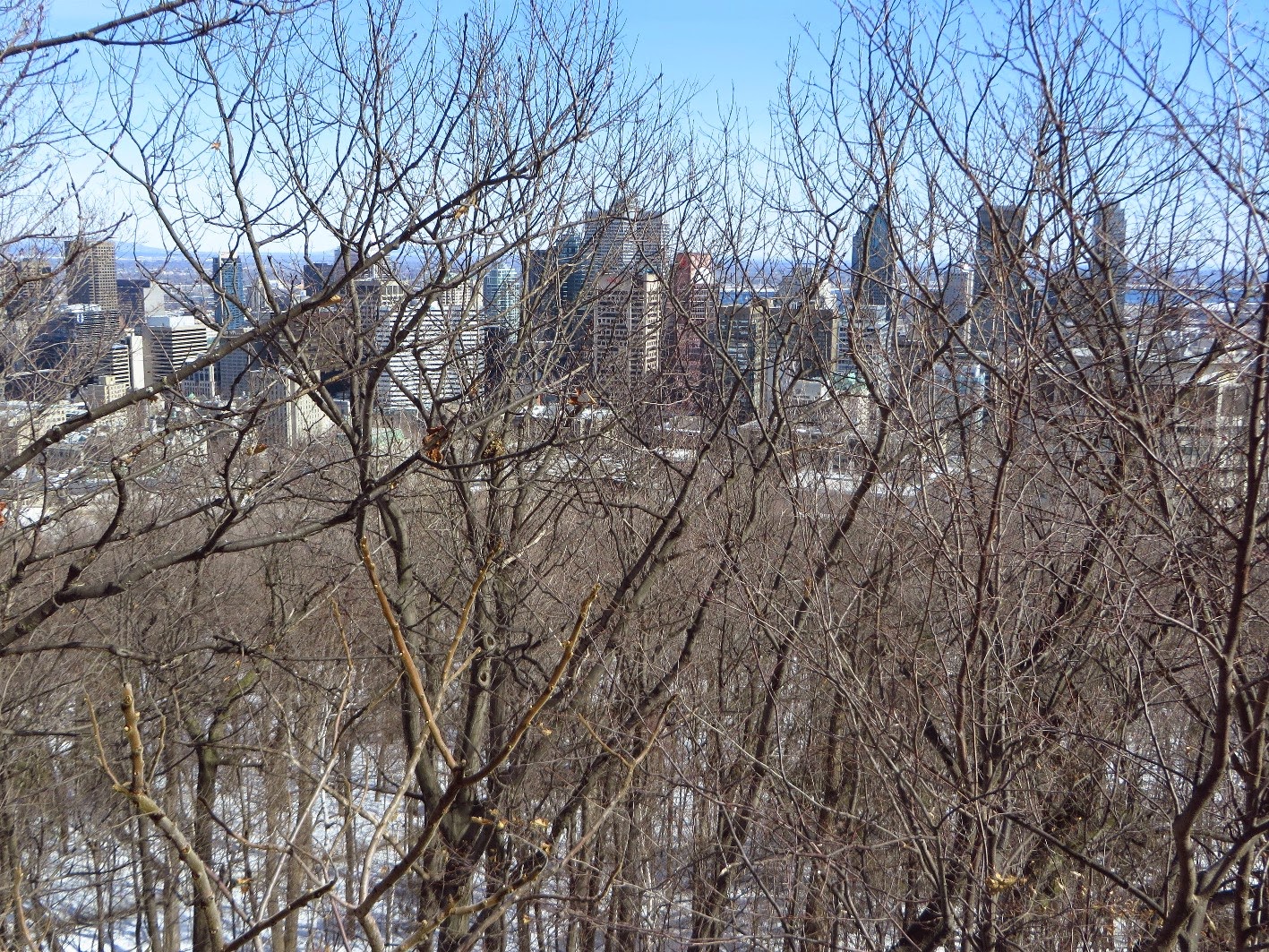 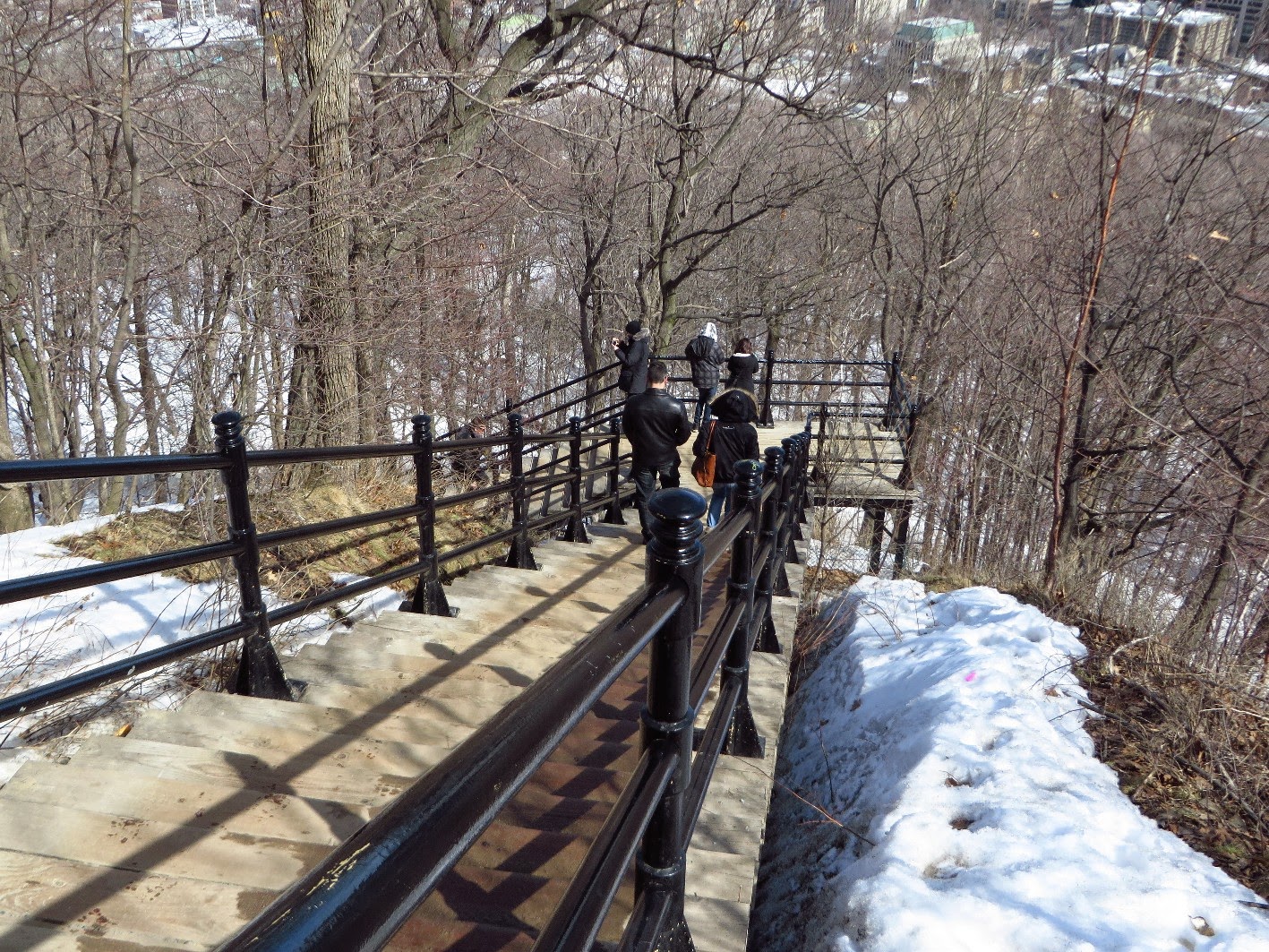 A break at a lookout. 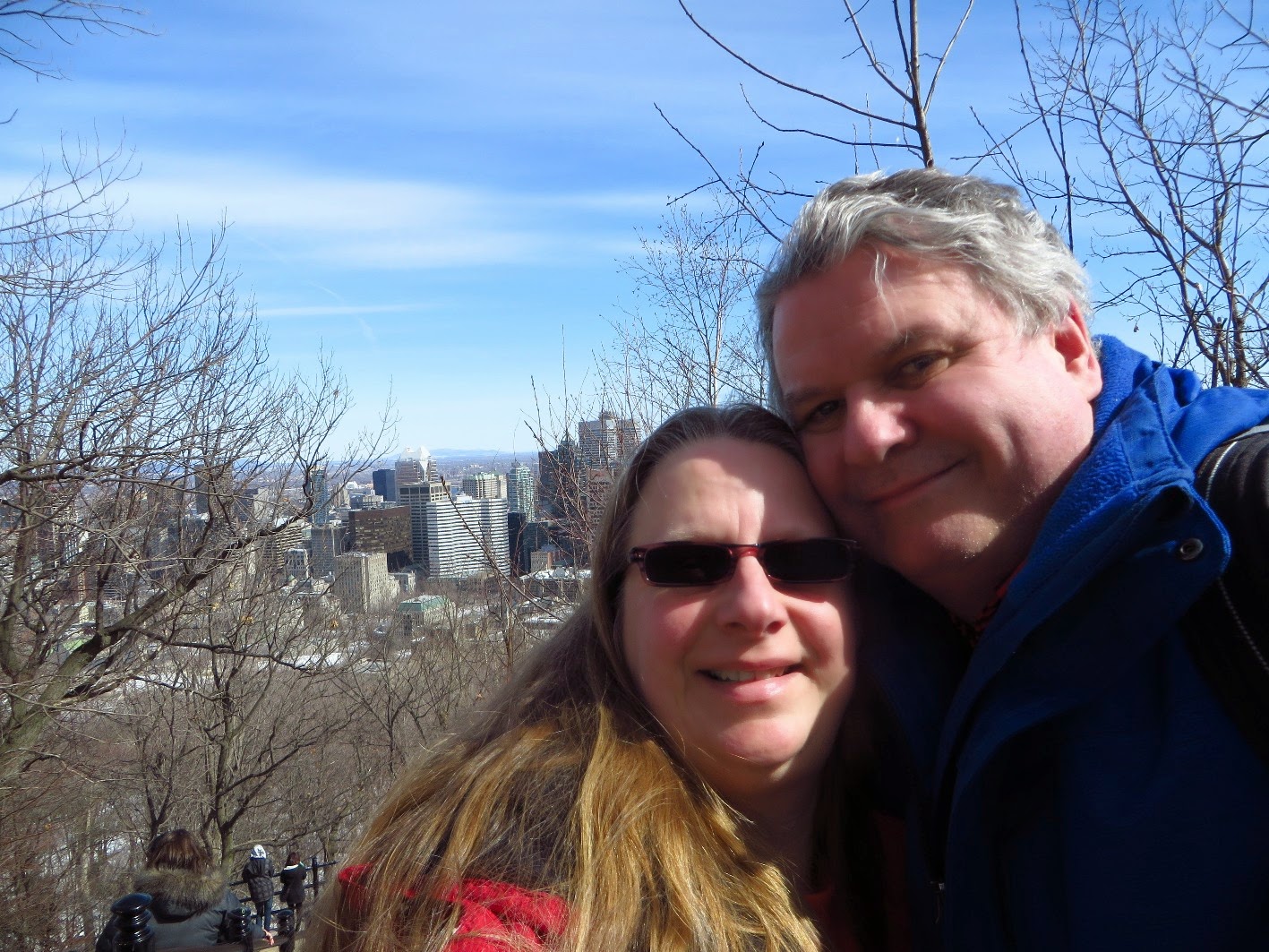 We saw this woodpecker on our travels hard at work. 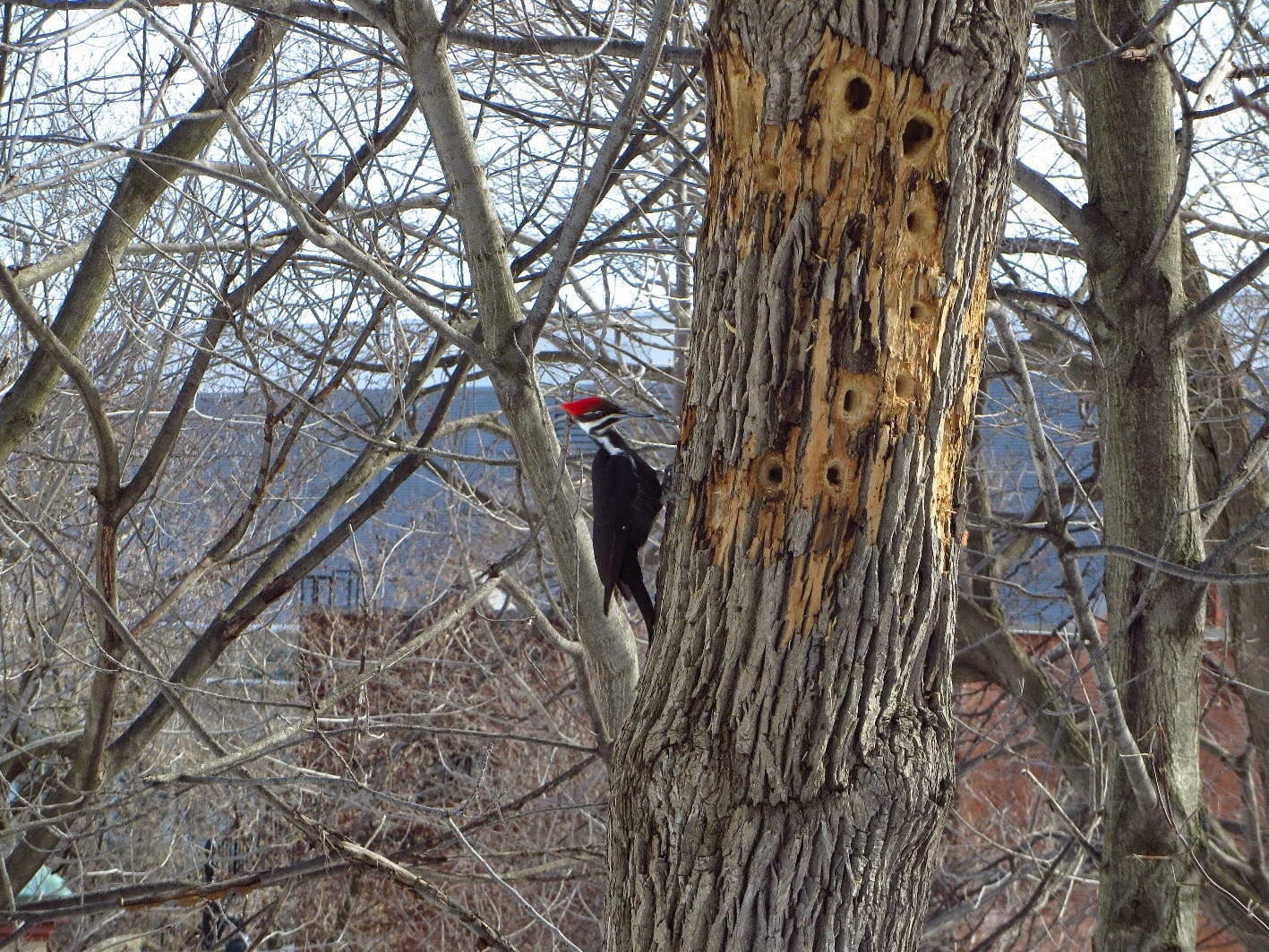 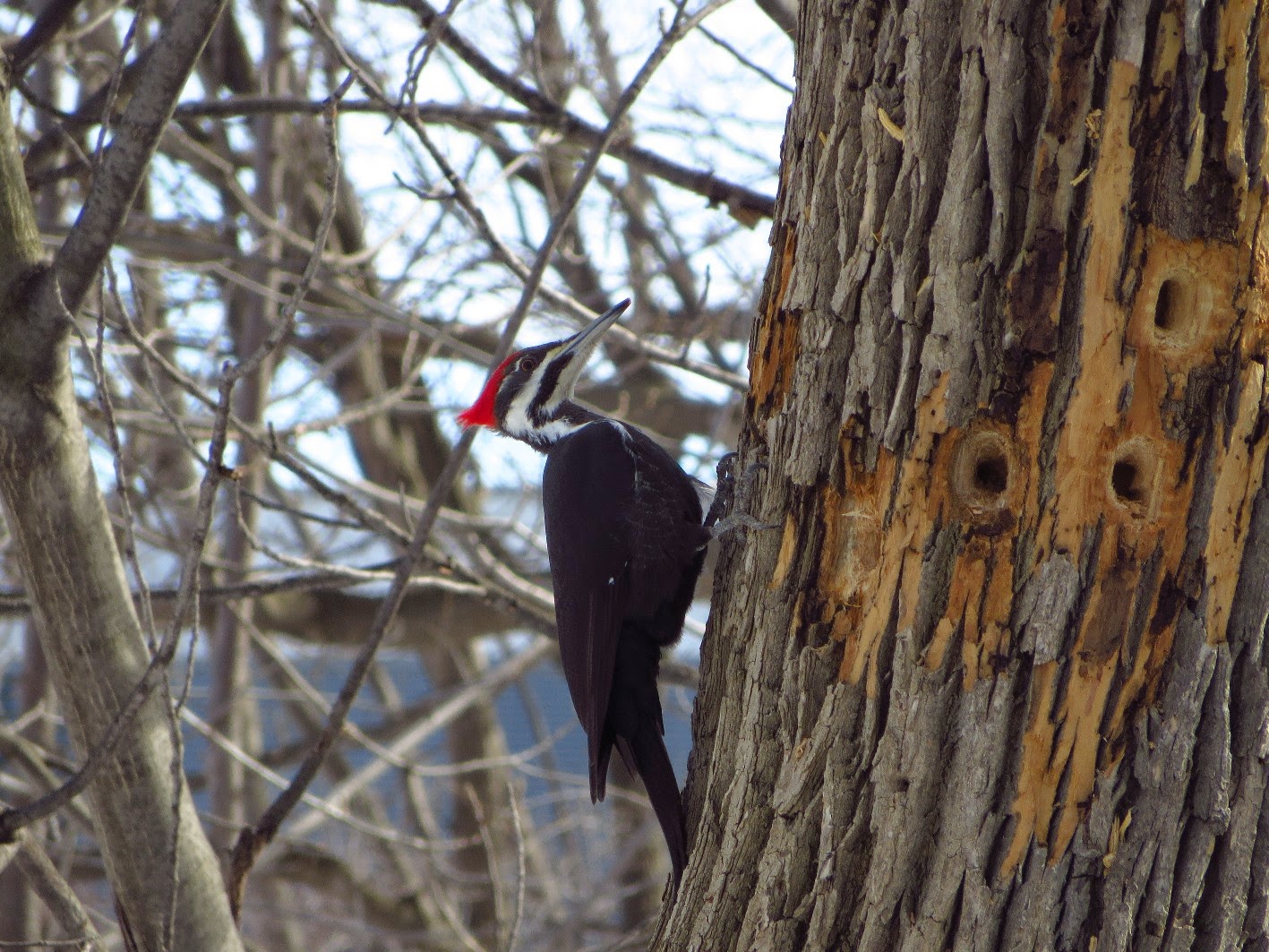 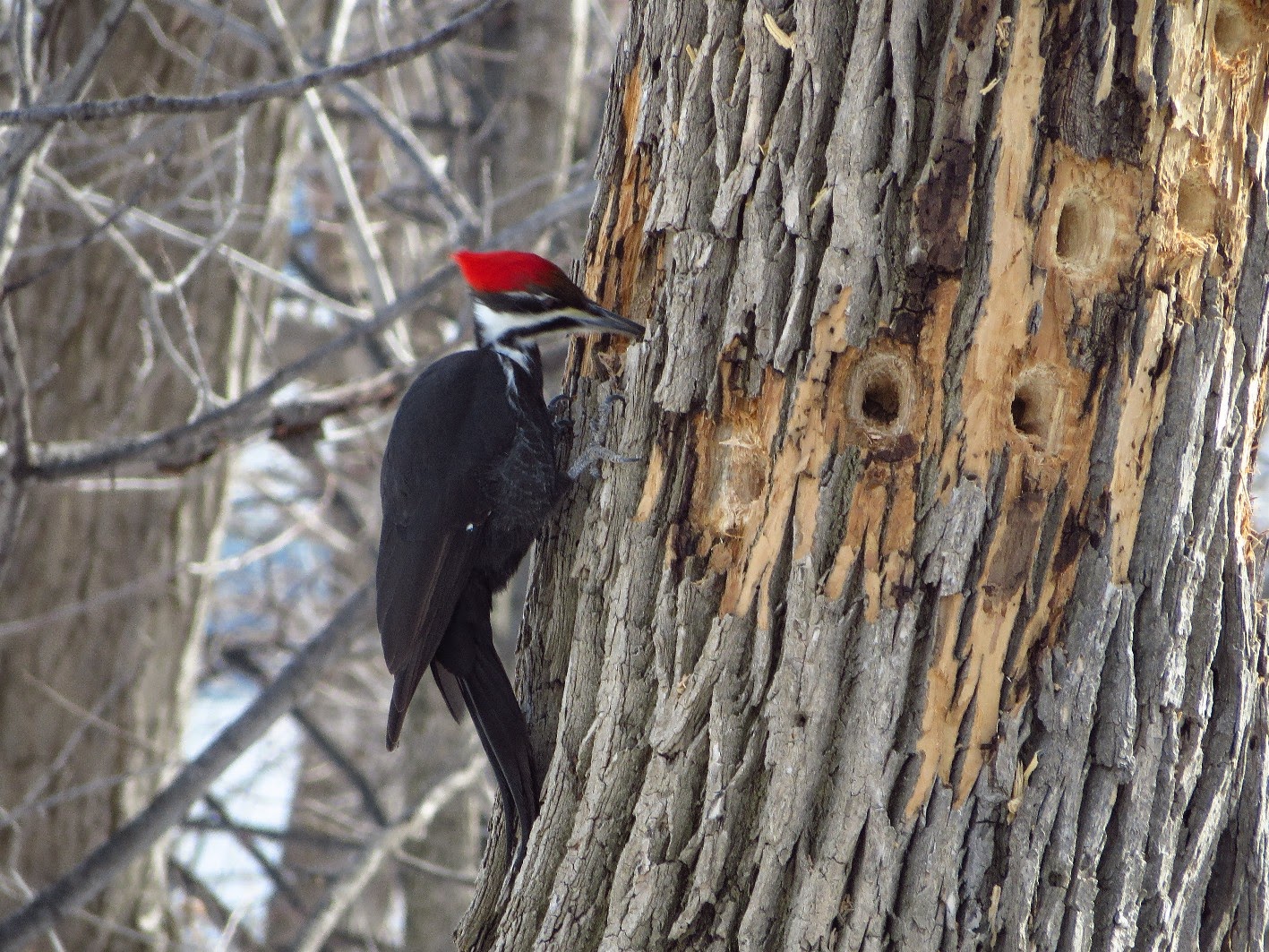 Finally the lookout. The view is worth the walk up! 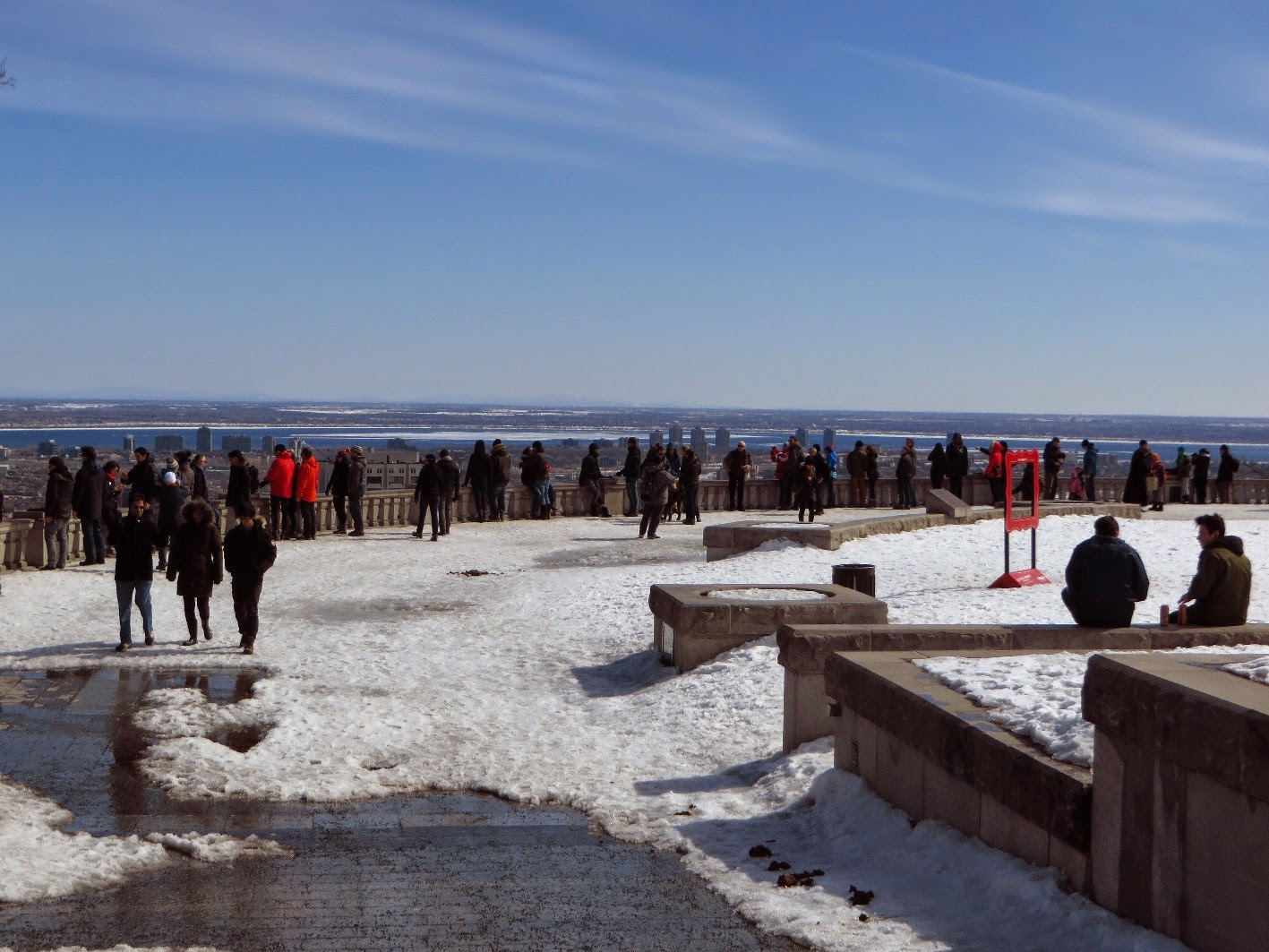 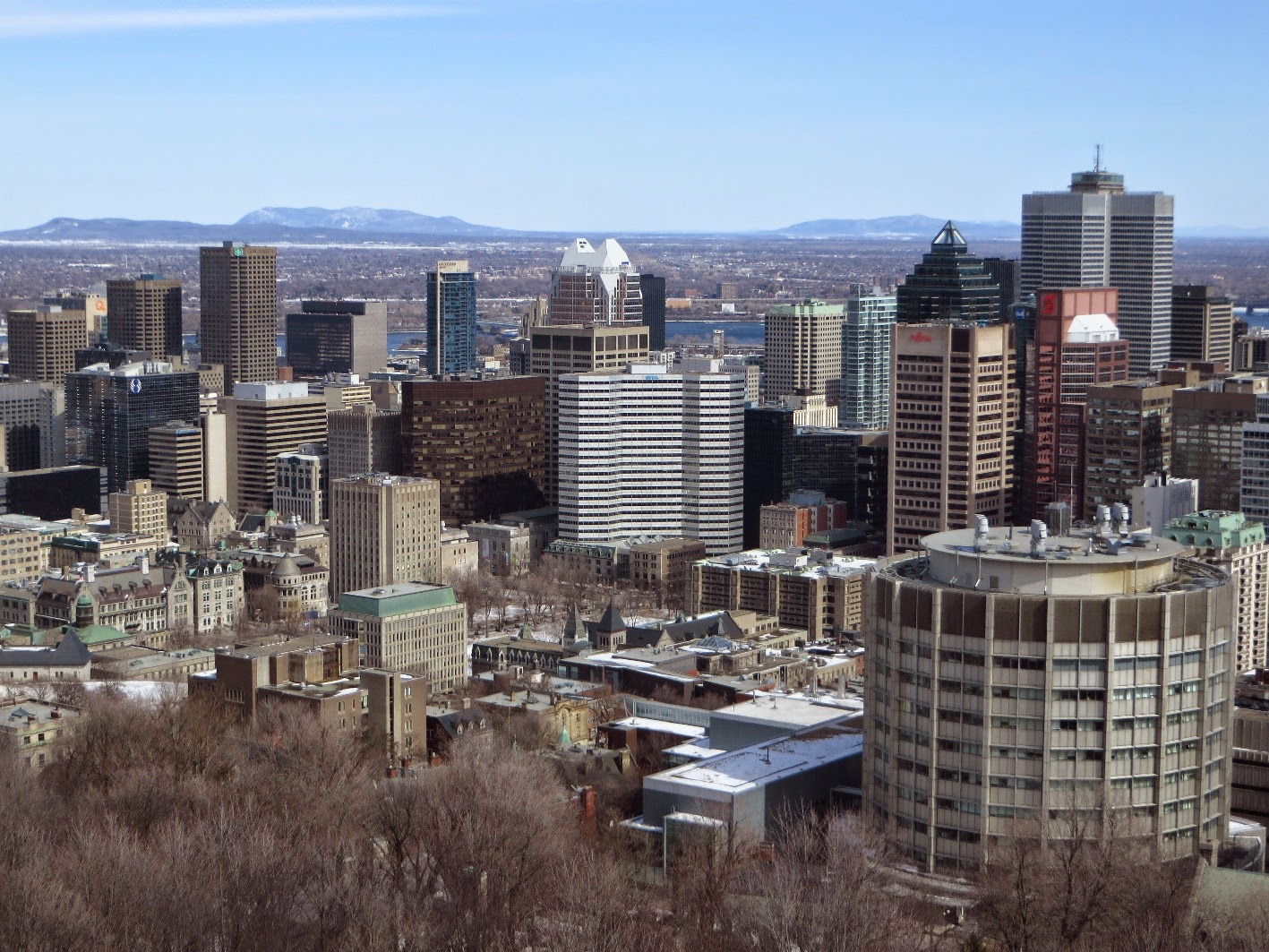 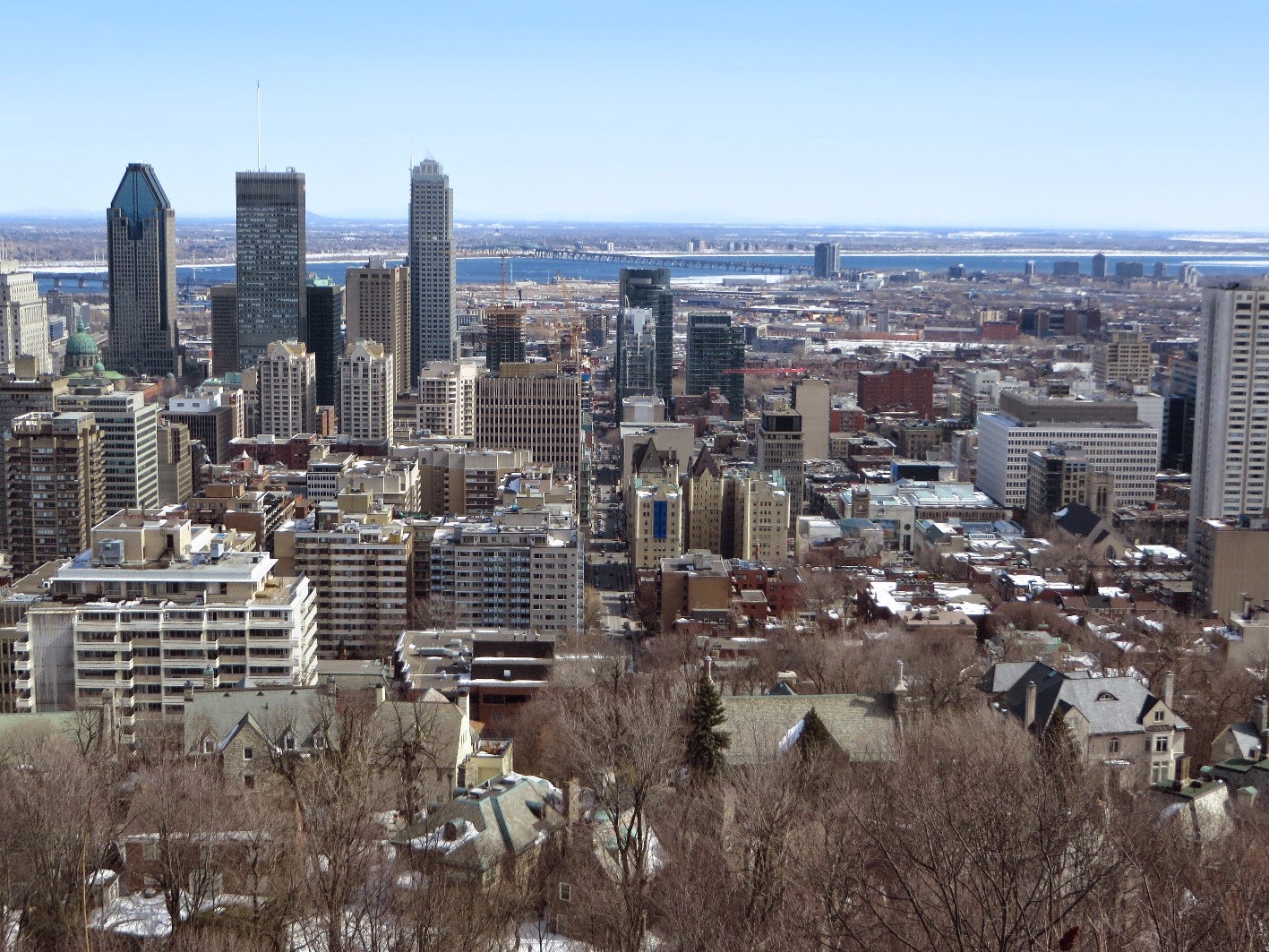 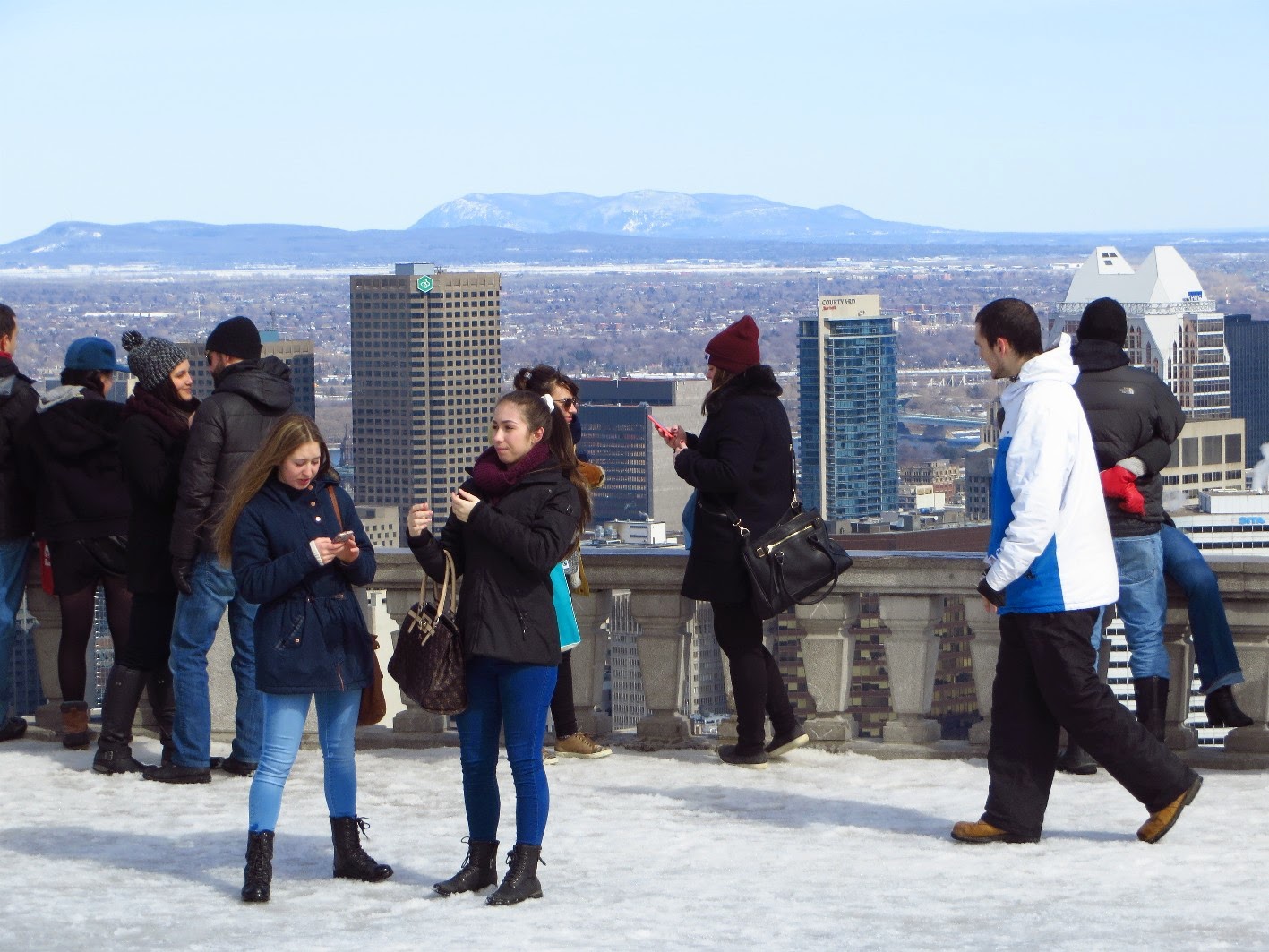 At the top is a chalet where you can rest, get a water or souvenir. 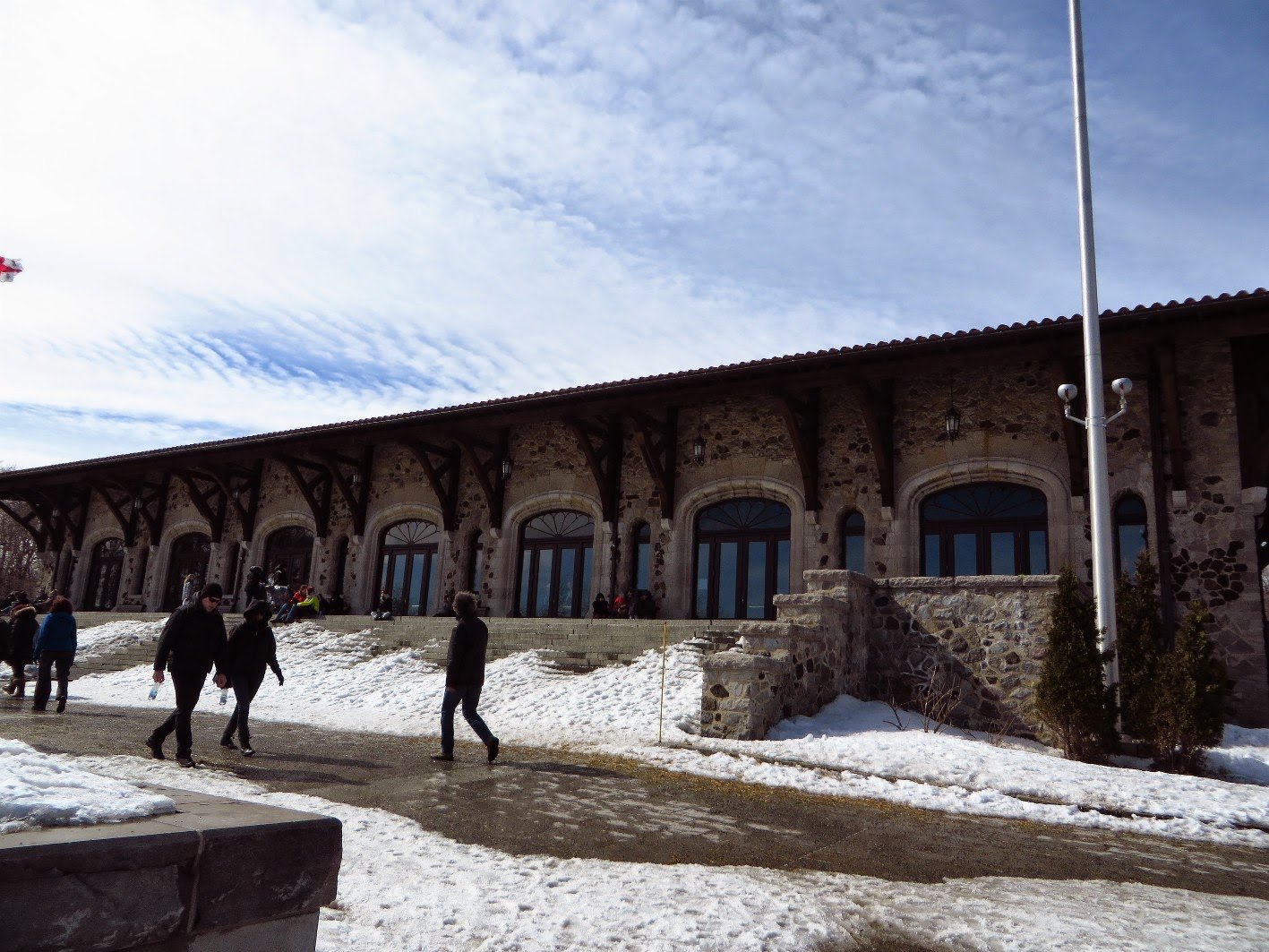 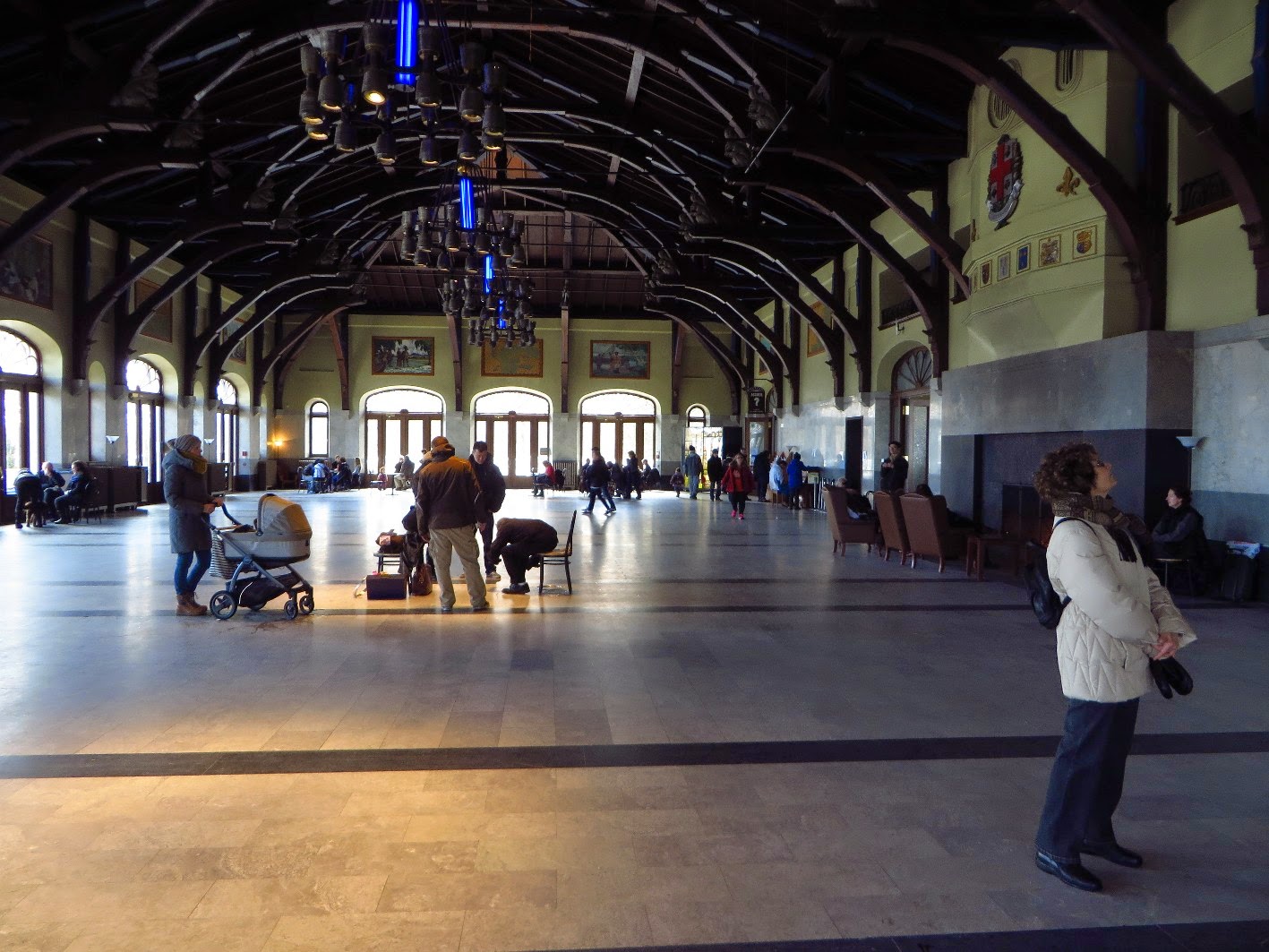 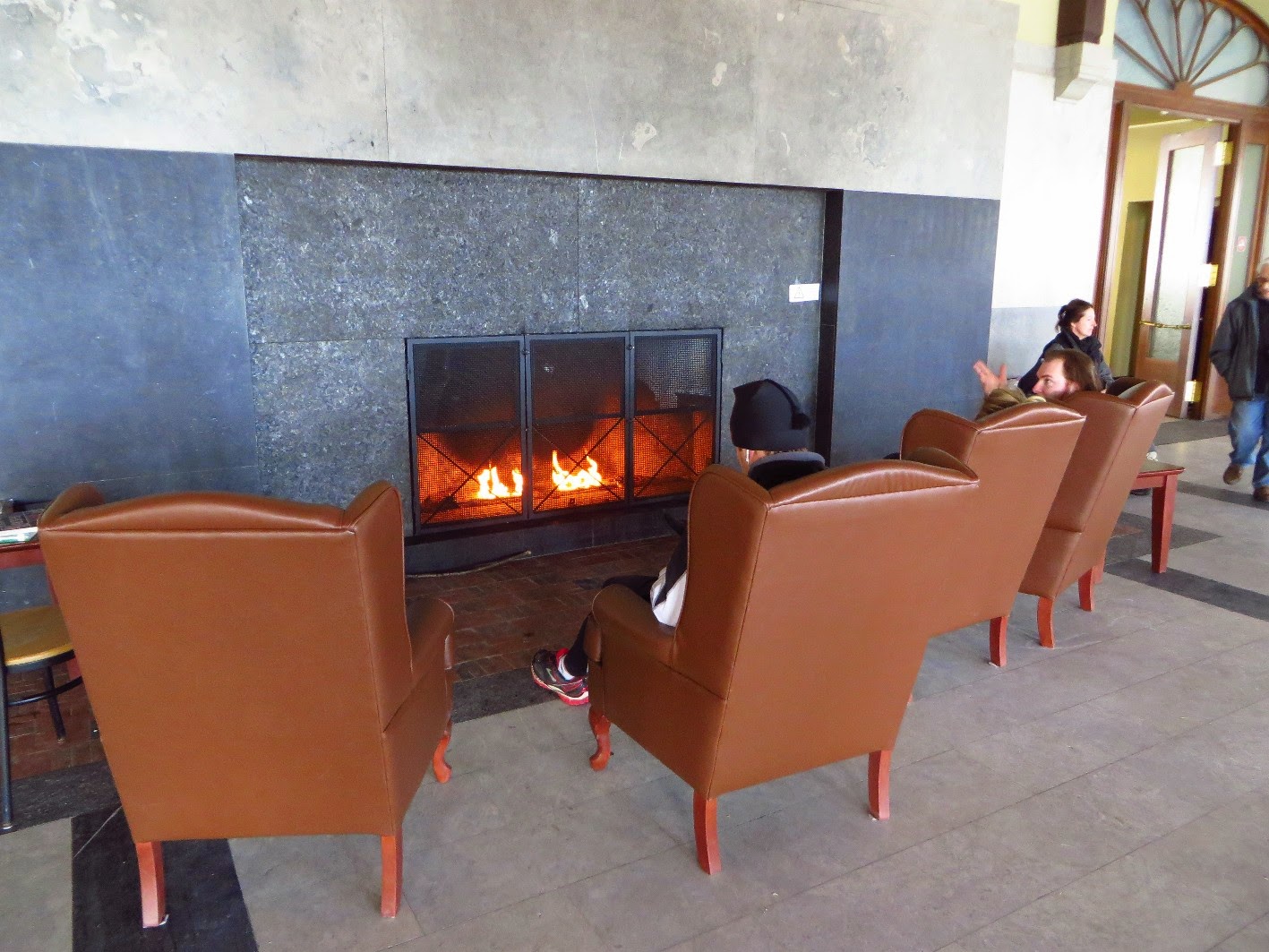 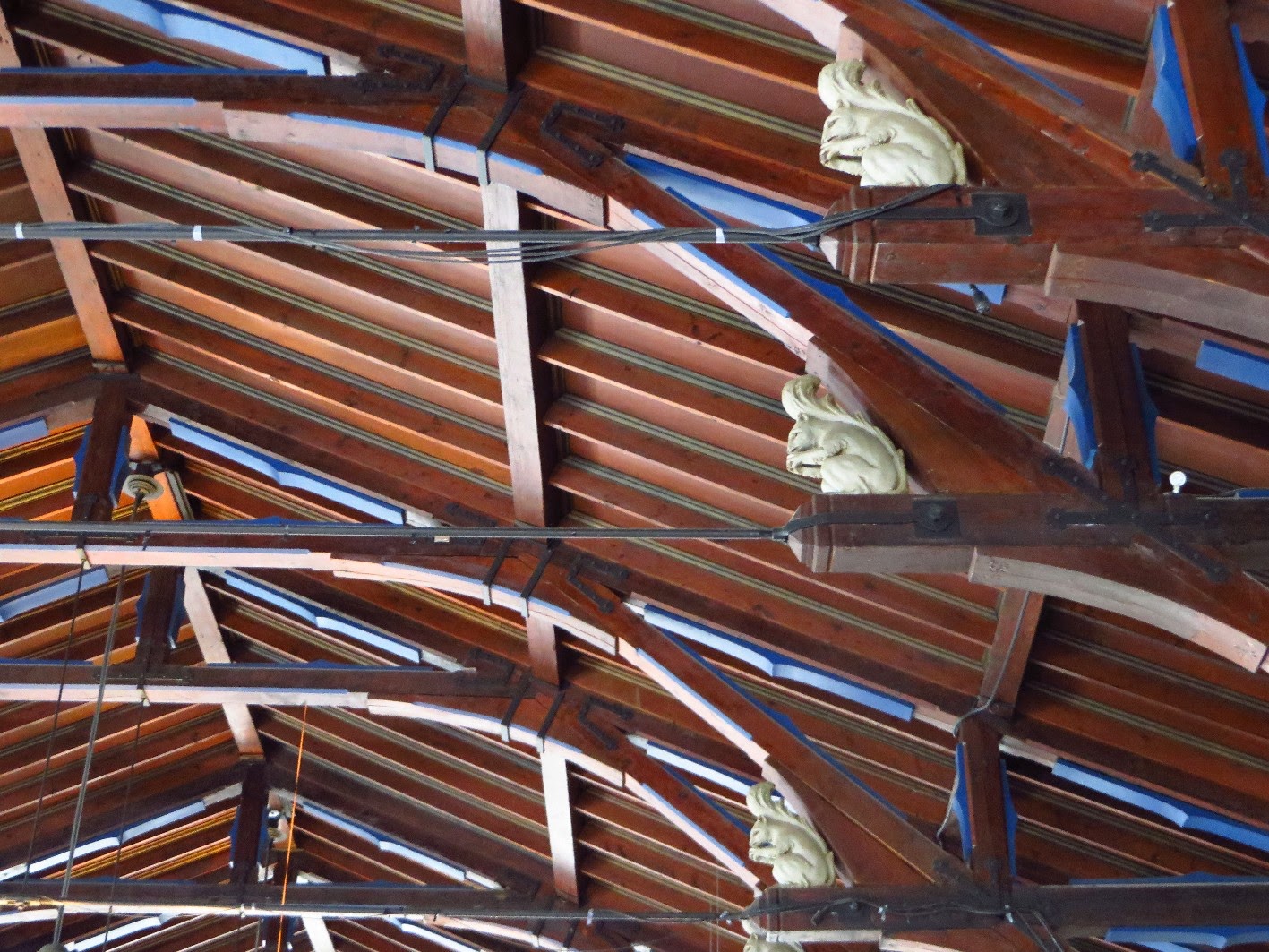 No matter what time of year, Mont Royal is worth the visit.
Posted by Swordsman at 15:00