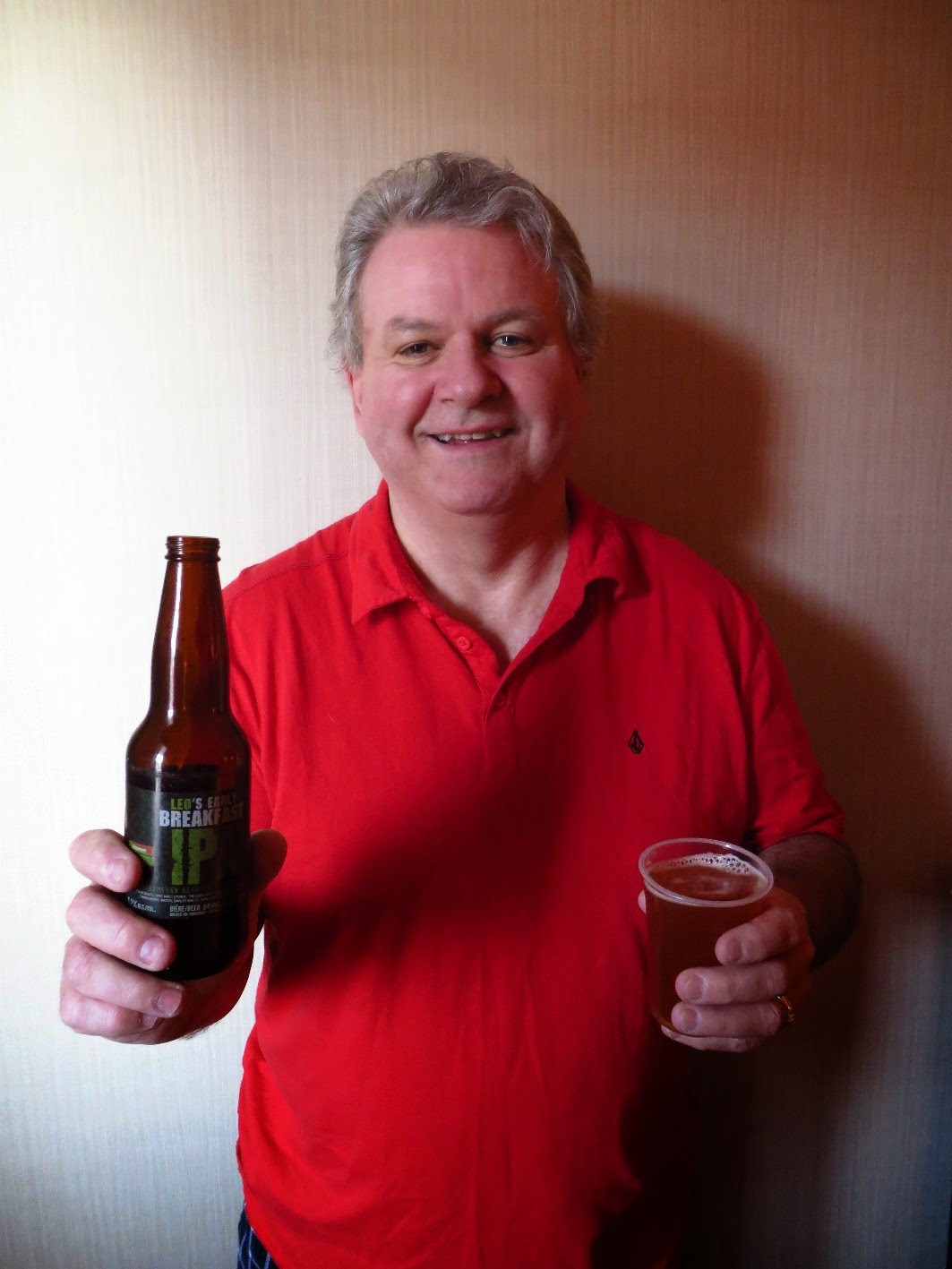 On Monday, Teena and I were at a small convenience store which had a great selection of beer. When I saw Leo's Early Breakfast IPA by Brasserie Dunham on the shelf, I knew exactly how I would be starting off my birthday.

Brasserie Dunbar opened on March 7, 2010, in Dunham, Quebec, which is in the southern end of the province by the Vermont border. Their website is in French only so I really couldn't find out any other details about them.

Leo's weighs in at 6.2% ABV and comes in a regular 341 ml (11.5 oz) bottle. The bottle says it is 54 IBU's (International Bittering Units) Note: Beers with IBUs greater than 45 are heavily hopped and can be quite bitter.

Teena and I are staying in a hotel so the only glass I had to pour the beer into was a plastic drink glass. It poured amber in colour with a slight orange tinge to it. Lots of fruity hops jumped out from the aroma.

Breakfast beers usually contain a fair bit of malt to make the beer more of a liquid bread. Not here. Instead there are a couple of ingredients added that I have not found in a beer before, Earl Grey Tea, my favorite kind of tea, and Guava Puree. 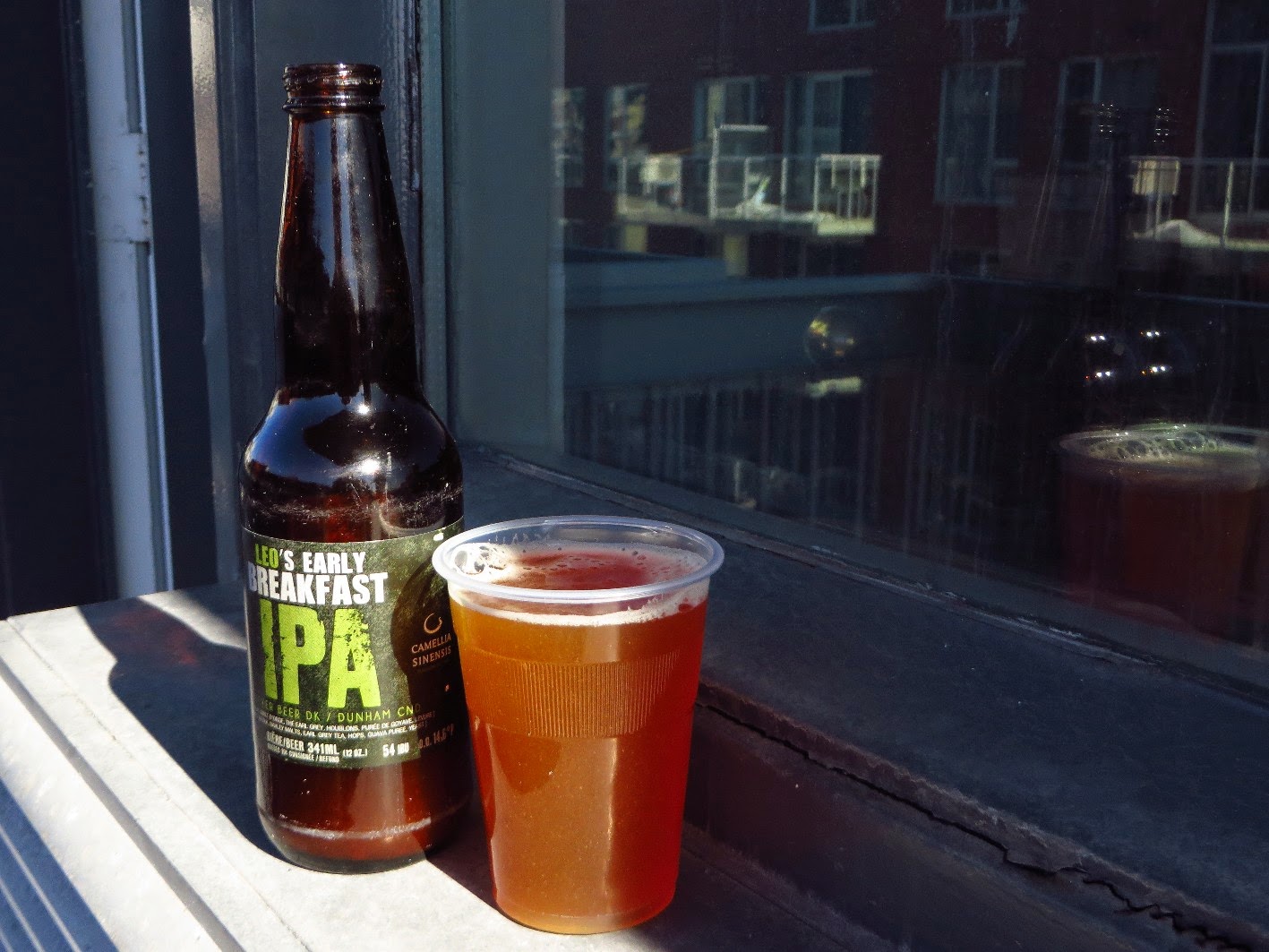 My first sip tells me that this is a very hop forward beer. It starts off with a pleasant citrusy bite, that increases in intensity under falling away with a long nice citrusy tartness. This is a beer that screams WAKE UP AND GET YOUR DAY STARTED!.

Going to do that as soon as I finish.

No, having a beer for breakfast won't become a habit but it's a fun way to start a birthday!